BRENDAN RODGERS has emphasised that Scott Brown will remain Celtic’s onfield leader in the new season.

The new Hoops gaffer is backing the club and country captain to take the five-in-a-row champions forward into a new era.

Rodgers said: “I saw him at Hibs as a young player and I thought he was a great athlete, very mobile and competitive. Obviously he’s come here and is a real warrior. He’s up for every single game. 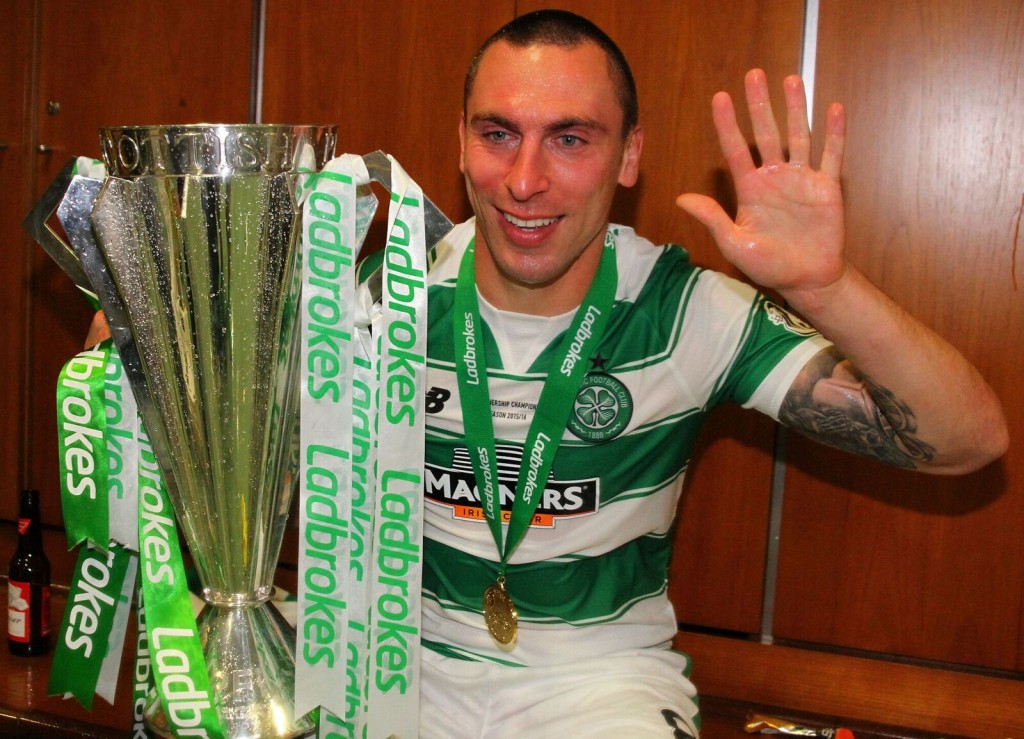 “Towards the end of last season he was maybe hit a little bit by injury, but he is 30 years of age and I think he’s still got his best years ahead of him.

“When I went into Liverpool, Steven Gerrard was 32 years of age. There was talk that his best days were maybe gone, but Steven went on for the next two years and was brilliant for me – a great leader and one who nearly went on to pick up the title. His performance level went up again.

“So, I’m really looking forward to working with Scott. I’d obviously come across him in some of the friendly games we had played and I’ve always been impressed with him as a player and I’m sure he can be a really big help for me.

“I had a group of players who were brilliant for me at Liverpool who were important for me in that capacity – Steven, Suárez, Carragher, Daniel Agger, Pepe Reina. Those were guys who were real good and strong personalities and whenever I wasn’t there they looked out for us and that’s important.

“I’ll have a good chat with Scott and take it from there. There’s a way of working and a way of playing that I want to bring in here with flexibility and tactical ideas based around the players.”

He added: “I loved Liverpool and I loved my time there. At 39 years of age as manager there was brilliant for me and it’s created a great platform for me coming here.

“I might be young as a manager, but I’ve had quite a bit of experience and, hopefully, Celtic can benefit from that.”