Celtic Quick News on News Now
You are at:Home»Latest News»RODGERS CHASES CHARLY AS DAVIES SAYS LET’S DO IT ALL OVER AGAIN
By CQN Magazine on 20th December 2017 Latest News

BRENDAN RODGERS didn’t speak to the media yesterday ahead of tonight’s Glasgow derby at Celtic Park against Patrick Thistle. Instead his Assistant Chris Davies spoke about the game against the Jags and about the significance of the run that Celtic were on that ended so emphatically at Tynecastle on Sunday afternoon.

Brendan was in London on transfer business and Chief Executive Peter Lawwell was alongside him with the target a Chelsea star that the manager has wanted to bring to Celtic for a while.

On my flight back to Glasgow from London! Signing talks went well! Big John K’s out and I’m in as coach carter!!! #suicides #fitness pic.twitter.com/Dk0irfrObx

Chris Davies, certainly feels that we will never see the like again as The Invincibles achievement was totally unique, a once in a lifetime event. Davies believes that the 69 game unbeaten run had more to it than simply the outcome of the action on the field in all of those matches.

“It’s about putting that in perspective. We did something extremely unique and you have to think, ‘what was different about us?’.

“In the last 100 years, there have been a lot of good players and teams – and they’ve never managed to achieve what we did,” he said.

“It couldn’t just be our quality as players, to score goals, save shots or pass the ball. There had to be something more to it.

And while Davies is happy to admit that he’ll never see such a run again from ANY team in his lifetime, he is all set to have a go at proving himself wrong, starting tonight to make it one down and 69 to go. Could a repeat run be on?

“Only in the sense that it was never our focus.

“So it’s really about the now, it’s about us doing our work, trying to win the next game and being at our best every day and what happened was soon we were beating the Lisbon Lions unbeaten record. 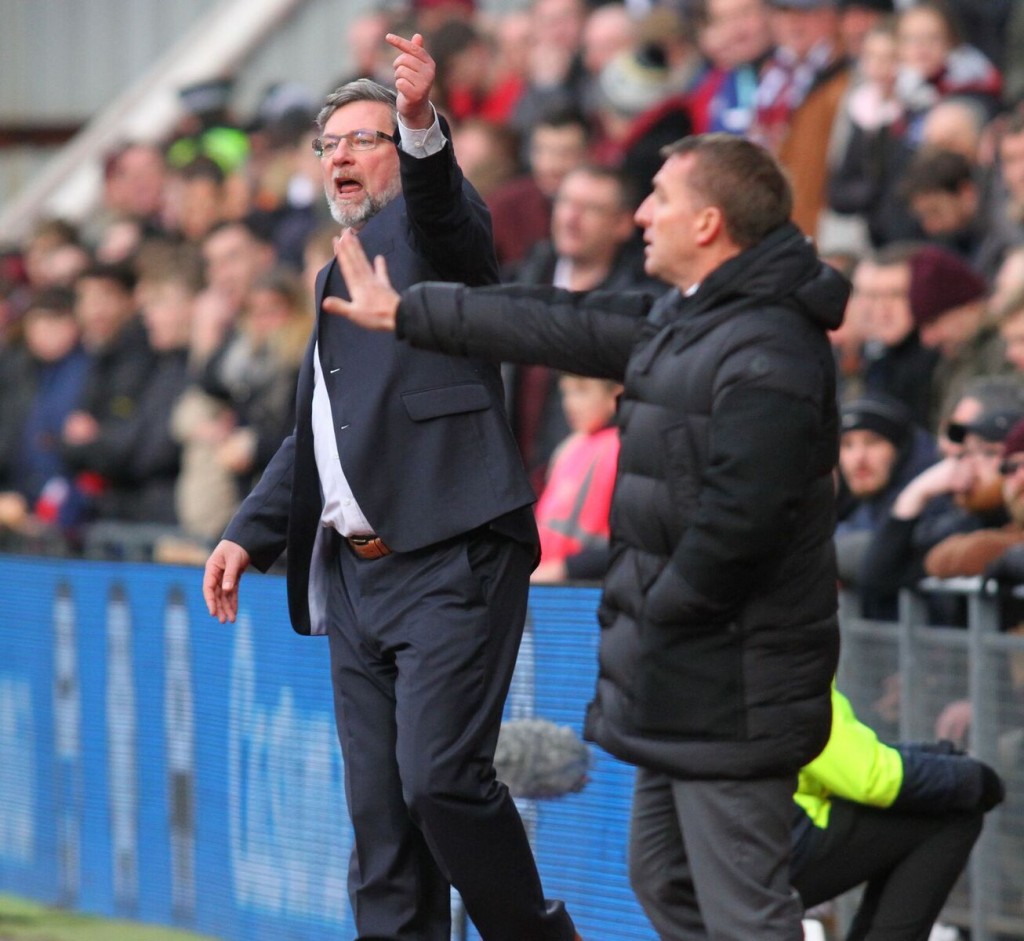 “Then before you knew it we were coming close to the British record.

“It was just a consequence of not thinking about it and doing our best. So there’s no reason why we can’t go on another run.”

Davies doesn’t buy the argument that many supporters have expressed that the run was holding back the side’s form, in their desperation to avoid defeat the offensive shackles were on and the team wasn’t playing as freely as you would expect from the league leaders and clearly the best side in the country.

If that theory is correct then sides like Thistle, Aberdeen, Dundee and Sevco Rangers had good reason to worry ahead of the winter break.

But Davies isn’t so sure.

“In the time I’ve been here there has been an expectancy and pressure in every single game.

“That is one of the conditions of playing for a massive club. You are under pressure every game.

“We are used to playing under that pressure. You think about all arenas where we have had to win, cup finals and the like.

“We embrace it. And now we can start a new run.”

Tynecastle was memorable from a Celtic point of view, the abject performance from the defence in particular, the post match huddle and the wonderful acknowledgement for the side from Celtic’s amazing away support who stood with the team in defeat as they had done mostly in victory and one or two draws on the way into the record books.

For Davies though the immediate concern was to look again at what had happened in Sunday’s defeat and learn from it.

“We always analyse games, either collectively or in units. The players will sit and watch and discuss it. That’s a really healthy process.

“There is a lot of disappointment that we lost the game. Away from the unbeaten run, there was a frustration that we lost a match. 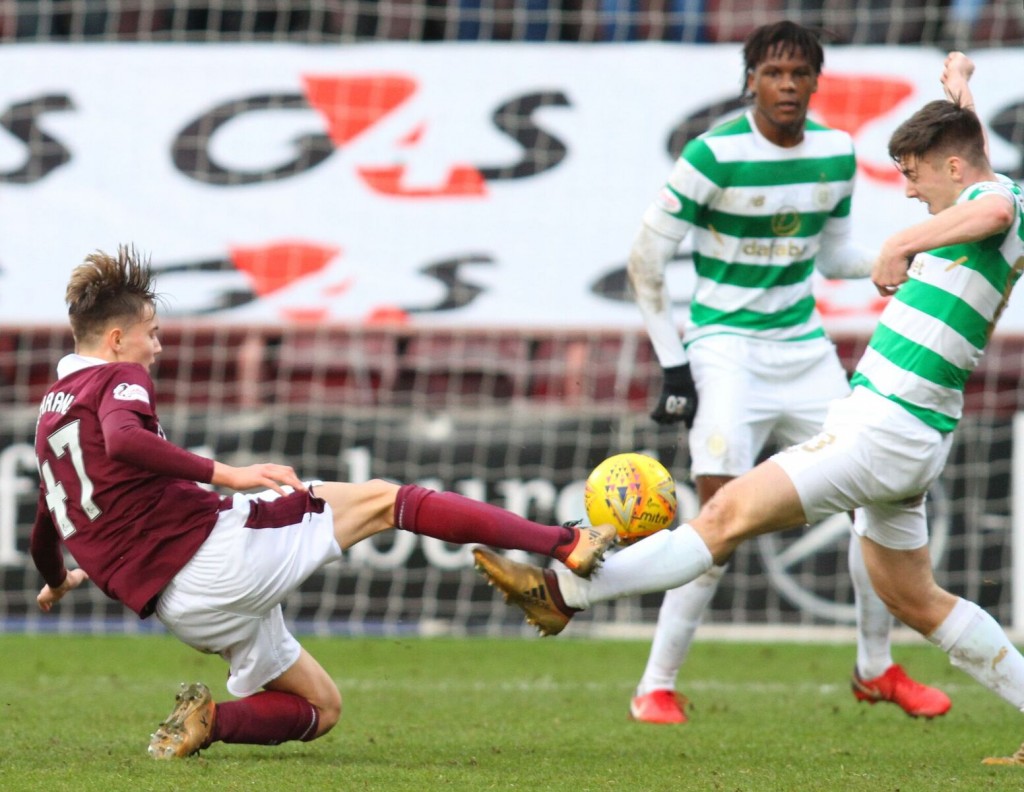 “We analyse things we could have done better as part of a normal process. Then we look forward to the Partick game.”

Rodgers of course is set to complete a move for Marvin Compper, a much needed experienced central defender today and if the whispers are correct his absence from the press conference yesterday are correct then we could also be seeing the arrival of Charly Musonda from Chelsea on an 18 month loan deal similar to the initial arrangement Celtic reached with Manchester City for Paddy Roberts.

Charly has been on Rodgers’ radar for quite some time and it seems that he may have at last got his bhoy.

Davies stressed that a strong defence was as important to Rodgers as the attacking options, just as the Irishman is set to improve on both aspects of the squad.

“I’ve worked with the manager for a long time and his philosophy always starts with the defence. It’s the foundation of how we play.

“The first thing we spoke about when we came to Celtic was defending and to get that base right and then build the attacking play.

“In order to attack successfully, you need that base in order. That has been our focus.

“Defenders have had to deal with isolated actions and these are the things that are highlighted.”

So it’s onto the Thistle game where the Jags will face a Celtic side determined to start beating their own historical records.

Remember though, if you want to show your appreciation for the Invincibles, STAND UP FOR THE CHAMPIONS on the 69th minute tonight!

Get a SIGNED copy of Jim Craig – Right Back to 67 & you will also receive a copy of That Season in Paradise signed by fellow Lisbon Lion Willie Wallace. Both for just £18.88 inc FIRST CLASS post TODAY! Last chance for this offer, we have only 8 left. https://t.co/1Dn24pdMeA pic.twitter.com/k24yEnU3kb