The Hoops skipper claimed the winning goal in the 90th minute against a battling Kilmarnock side – and was banished by referee Bobby Madden for his celebrations.

Brown certainly got caught up in the moment when his first-timed effort following a knock-down from Dedryck Boyata at a Callum McGregor right-wing corner-kick took a deflection off the lunging Alex Bruce to sweep beyond the static Daniel Bachmann.

The former Scotland international, who had been booked earlier for a challenge on Greg Taylor, received second yellow as he returned to the pitch and raced straight down the tunnel. 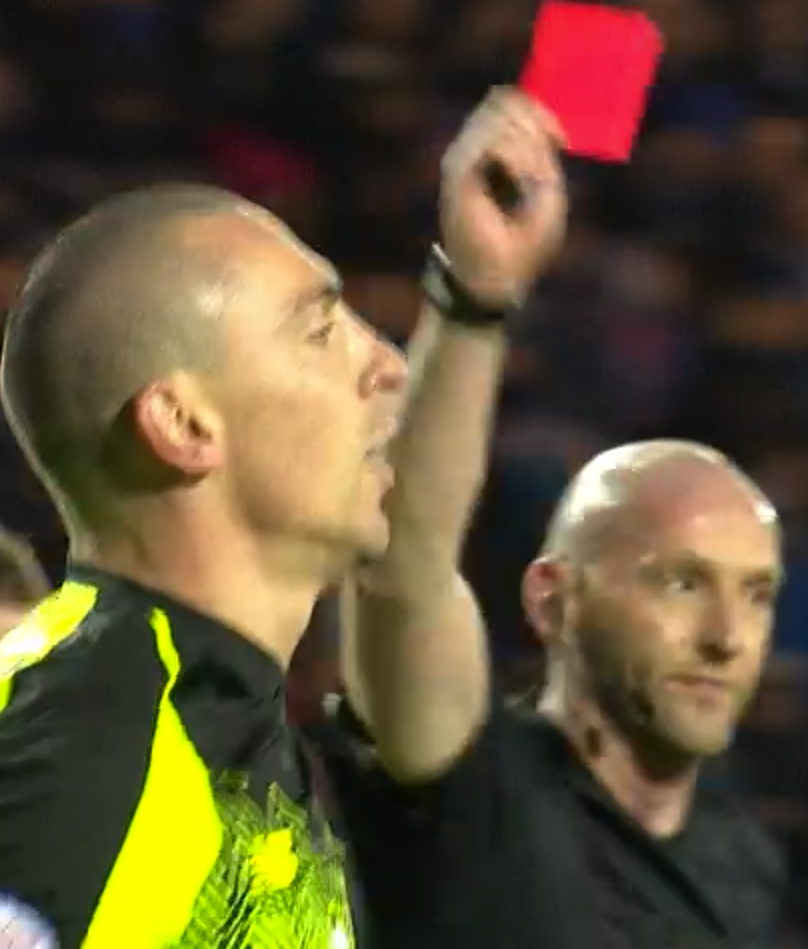 SEEING RED…Scott Brown is sent off by referee Bobby Madden.

The champions had to play five minutes of stoppage time without their captain against a 10-man Killie outfit who had seen Kirk Broadfoot dismissed in the 75th minute for a dreadful challenge on the title king’s onfield leader.

However, boss Rodgers insisted: “There is no blame. I can’t blame him, I thought he was excellent in the game.

“He had good control. He had a challenge early on that he was booked for, but I thought he was excellent.

“It’s very hard for Scott or any other player, especially when you score late on.

“We don’t get so many late goals now we normally have a comfort in the game, but to get a winner like that, so late, you want to go with your team-mates to your supporters so to then get sent off for it is always harsh.

“But it was a great leap by Dedryck Boyata. You watch it again he heads it back down and then Browny finishes it with a slight deflection. But I think if it doesn’t deflect it’s a penalty.

“I thought we thoroughly deserved it. Kilmarnock are a very good side and make it difficult for you.

“When it goes to 10 men I think how we managed that part of the game we did well. We do work when we’re down to 10, but also when we’re playing against 10.

“I thought we did well, got crosses in and eventually got the break through.”