BRENDAN RODGERS was unhappy at the “clumsy challenge” that saw Emilio Izaguirre stretchered off during Celtic’s 2-0 win over Hibs at Parkhead tonight.

The Hoops maintained their six-point advantage at the top of the Premiership on a dramatic evening with goals from Ryan Christie and Oliver Burke.

But Rodgers was concerned at the outrageous tackle from the Easter Road side’s Darnell Johnston late in the second-half that left the Honduran defender writhing in pain on the touchline before the medics managed to assist him down the tunnel.

Johnston was booked for the challenge, but it could so easily have been a red card flashed by referee Craig Thomson.

It was feared the Honduran left-back would add to the Hoops boss’ injury woes with Kieran Tierney still struggling to overcome his pelvic problems that have kept him out of the side this year.

But the champions’ medics believe Izaguirre has escaped serious damage and Rodgers said: “It was a clumsy challenge on Izaguirre. The medical team tell me they think he’s got away with it, little bit sore, but should be fine in a few days.”

The Hoops gaffer also revealed he may welcome back a further three first team stars in the Scottish Cup-tie against St Johnstone at Parkhead on Sunday. 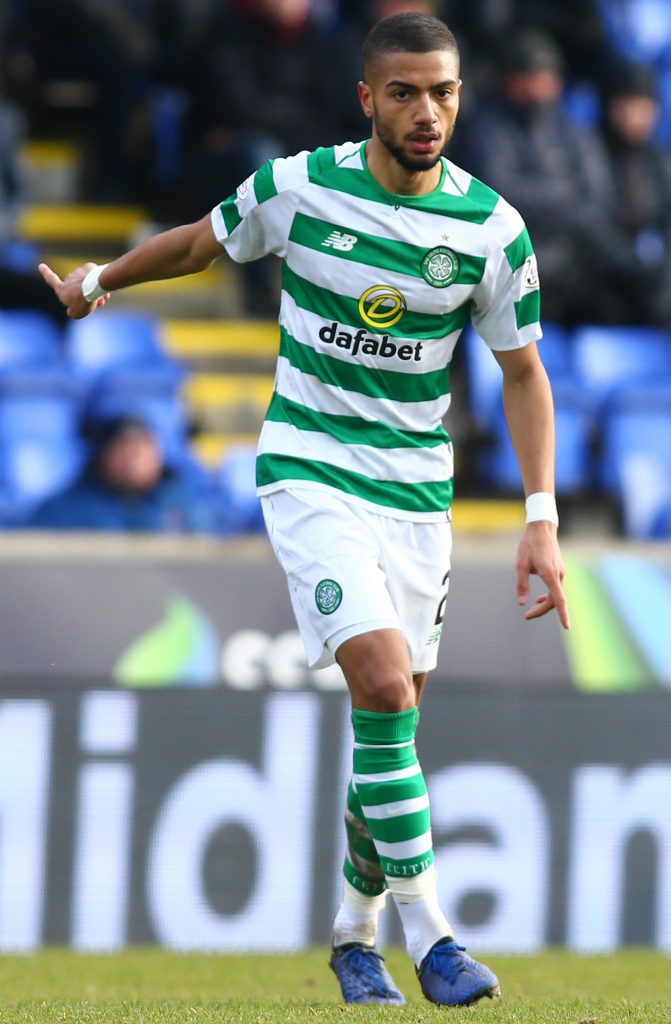 Odsonne Edouard, Olivier Ntcham and James Forrest are set to be assessed ahead of the weekend encounter which, of course, is followed by the Europa League first leg tie against Valencia in the east end of Glasgow a week tomorrow.

Rodgers said: “It was great having Dedryck Boyata back tonight and he was unfortunate not to score. Olivier Ntcham will hopefully be back at some point towards the weekend. He’s been training all week.

“Odsonne Edouard will be okay by the weekend. I think James Forrest will definitely be ready, but we’ll assess it over the next few days.”

Deadline day signing Jeremy Toljan made his Parkhead debut at right-back and assisted in the opening goal during an impressive showing.

And Rodgers reckons there’s much more to come from the on-loan Borussia Dortmund star.

The Irishman said: “He’s a really good player. You can see his talent. Great assist for the first goal, good energy and very composed

“I thought he was excellent and he’s only going to get better once his fitness improves.”

Toljan added: “It was an amazing night for me. It was great to start with a win and I thought the fans were brilliant.