BRENDAN RODGERS has defended Tom Rogic from the critics who insist he can’t last the full 90 minutes.

And the Celtic boss insisted the Australian playmaker’s elegant style could see him perform in a tuxedo!

Rogic is likely to take centre stage at a packed and atmospheric Parkhead this evening as the Hoops face a must-win encounter against RB Leipzig in their Europa League Group B encounter.

Rodgers said: “He’s very elusive. He’s so cool and calm and I think he could play in a tuxedo during the game because he just moves so well. He’s fantastic.

”You talk to other managers after games and they normally highlight Tom.

“The players themselves and other players know the problems he causes.

“He’s got an in-built brain for football – how to receive the ball, the space and you just need to put him into a structure and a framework to get the ball and into areas where he can hurt teams.

“The game that stands out for me in Europe is Manchester City away. His ability to take the ball, his quality and he was in rhythm at that point.

“Tom’s got great tools that can help us as a team and he’s that creative player you need at the level that can make the difference for us.” 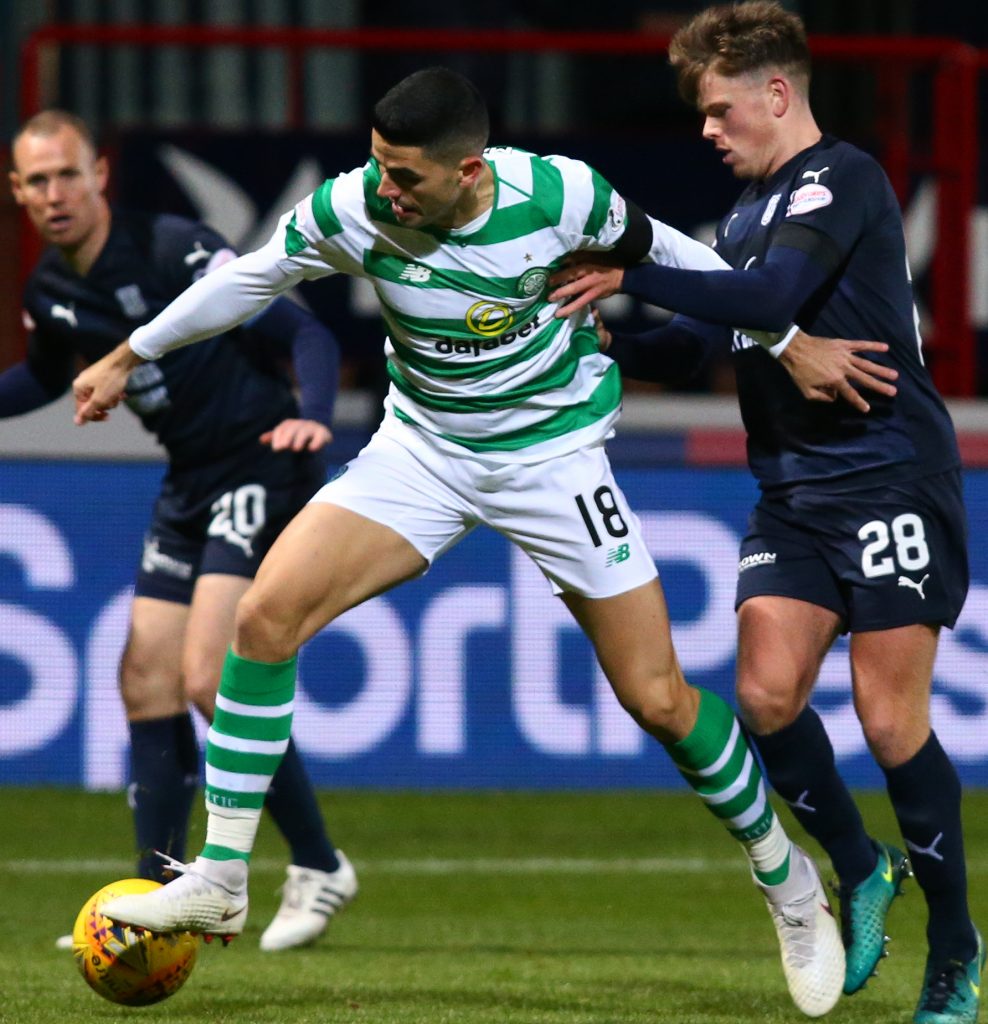 Rodgers added: “He can last a game, make no bones about it. We play so many games. There are just moments in games when you might be trying to shore it up and you just want to keep the energy in the team.

“You change it slightly. Or you are trying to conserve his energy for another game. If you have comfort in a game, you can take him off.

“Maybe it was something before that was labelled at him, but he can last a game, no problem.

“It was unfair. He’s just got that languid style and it doesn’t change from the first minute.

“The time you look at him in the 70th minute and he’s still got that style, so he maybe looks tired. But he’s not. It’s just his way. Just his style.

“Tom’s got good fitness. We’ve been managing some issues with him around certain aspects, but he’s a fantastic player and what’s been great to see is his personality grow in these last couple of years to really impose himself in games. He’s not frightened to be the big player.

“Evidence shows you that. That’s great to see that he puts himself into these big occasions and wants to perform.”
While the Wizard of Oz is preparing for European action against the Bundesliga big spenders, he is also ready to star on the international stage.

Rogic has just been called up for his nation’s friendly against South Korea although, of course, his Hoops team-mate Daniel Arzani has had to be overlooked after last week’s cruciate ligament injury on his debut against Dundee ruled him out for the rest of the campaign.

The midfielder is in Graham Arnold’s squad for the game on November 17 and he is also likely to get the nod to be included in a separate pool of players for a clash against Lebanon three days later.