Celtic Quick News on News Now
You are at:Home»Latest News»RODGERS DOESN’T CARE WHO IS IN CHARGE AT SEVCO
By CQN Magazine on 29th August 2018 Latest News

BRENDAN RODGERS is looking forward to leading Celtic into his 12th game against Sevco Rangers at Parkhead on Sunday.

The Hoops boss will face his FOURTH Ibrox counterpart in just over two years when Steven Gerrard takes the Govan outfit to the home of the champions.

The Liverpool legend will confront his former Anfield gaffer and attempt to do what his predecessors Mark Warburton, Pedro Caixinha and Graeme Murty failed to do and that is defeat Rodgers and the seven-in-a-row title winners.

The Irishman has enjoyed nine wins and two draws in his unbeaten sequence, has witnessed his team score THIRTY goals and concede only six and he hopes to extend that run at the weekend.

However, Rodgers played down the touchline crunch with Gerrard and said: “I am looking forward to seeing Steven.

“He is a good guy, we worked well together at Liverpool. I don’t necessarily see it as a dug-out battle, I see it as the teams on the field.

“Whatever coach or manager is there at the time, it is irrespective to me. 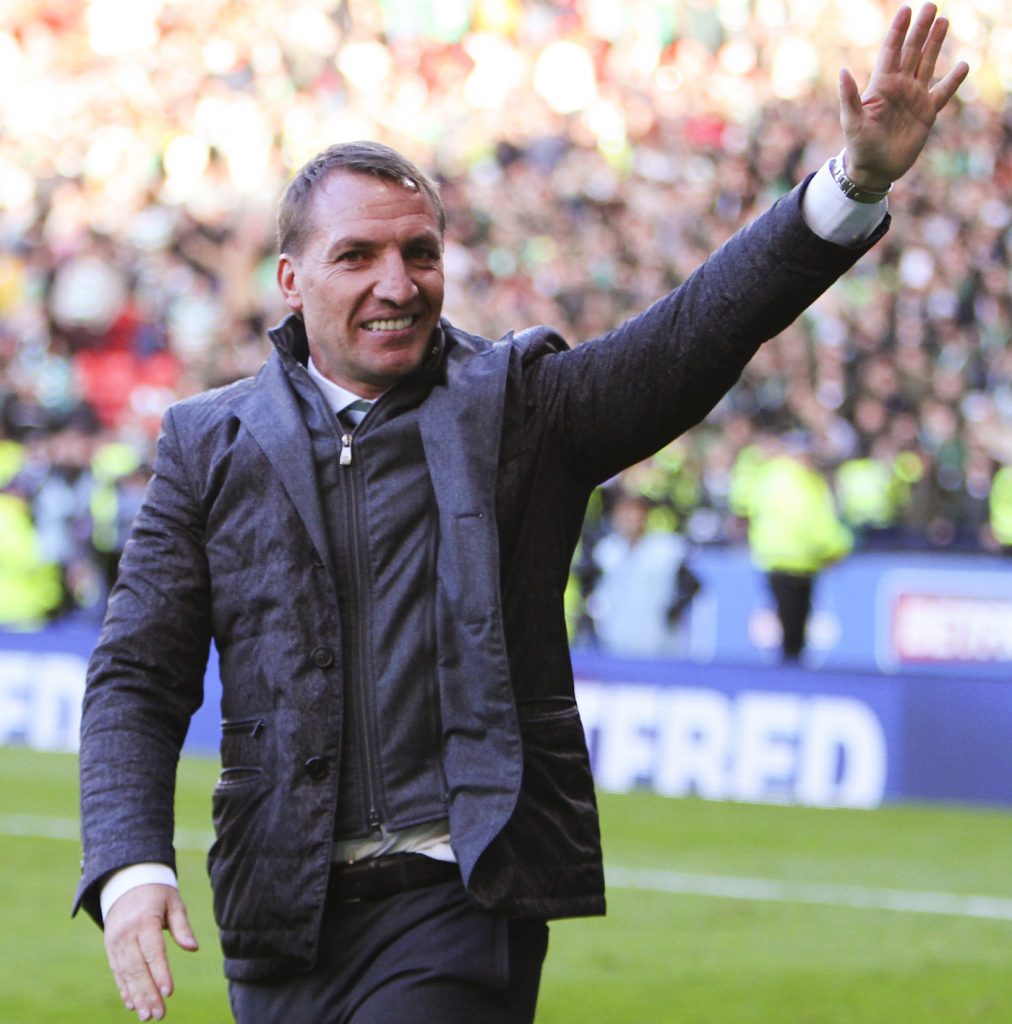 “It is about looking at them and how they play and preparing the team in order to win the game.

“That’s what I have tried to do in the 11 games against Rangers in my two years here.

“So, that’s the focus, really. Try to analyse them the best we can.

“There is no doubt Steven has made a difference to them and made a change to them, a positive change.

“No matter the form, they are always tough games, so our notion after Thursday will be to focus on that and be ready for it.”

Rodgers, of course, is now preparing his team for tomorrow night’s Europa League play-off second leg against Lithuanian champions FK Suduva with the tie balanced at 1-1 after last week’s stalemate.

* Rodgers was speaking to Celtic TV.