BRENDAN RODGERS has revealed he could be forced into a rethink of Celtic’s playing strategy when they are performing abroad.

The Hoops were turned over by Barcelona and Paris Saint-Germain in the first two seasons of the Irishman’s reign.

Rodgers is now focused on closing the back door as the team prepare for their Europa League Group B encounter with RB Salzburg in Austria on Thursday.

Asked if Celtic have learned from their trips in European competition, Rodgers replied: “I say yes – I think it’s experience and experience always helps.

“The level of opponent helps. When we picked up the defeats, they were heavy defeats against top-quality opposition.

“I can probably look at myself, as well. I’m a very attack-minded coach, but the last thing I ever want to do is expose my players.

“I always feel the confidence you can gain from going against these teams and still looking to play your game can work to your advantage. But maybe I have to look at it and quell a little bit of that, just to ensure the players aren’t exposed. That’s the last thing I want to do.

“When you look at Paris, we actually started the game well, but the sheer quality of the opponent gets them through you. 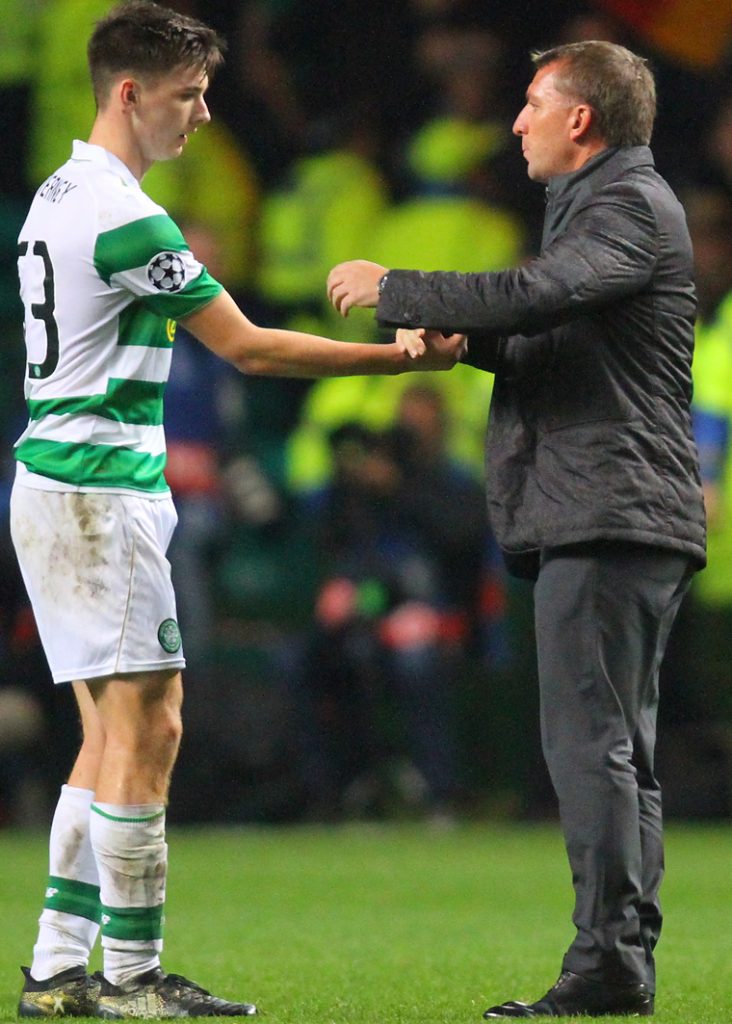 “Away at Barcelona in the first year I was here, we were four down maybe going into the last half-hour and that would have seemed like par for a game against them at that point in time. But we conceded late goals and it put a different slant on the game.

“However, we look forward to showing the experiences we’ve gained.

“They’re still very good sides. The Champions League has all the glamour around it, but if you go through and look at the lustre of some of the teams in this competition, it’s a high level.

“Teams like Salzburg and Leipzig could readily be in the Champions League, but the draw was obviously a bit difficult and they didn’t make it.

“But we’ve worked hard to be in Europe, so we’re looking forward to more really good experiences for us.”

Rodgers added: “I just think that maybe in some of the games when we’ve maybe gone out with the plan to play our game, we need the confidence to go and do that.

“But at a better level we’ve been punished in a way that you probably don’t get punished normally.”

It could be a busy evening for Craig Gordon and Co in Salzburg, though. They rocked group favourites RB Leipzig 3-2 in Germany in their first outing in the section on the same night Leigh Griffiths gave the Hoops a 1-0 win over Rosenborg in Glasgow.