DEDRYCK BOYATA will be out of contract at the end of the season and can walk away from Celtic for nothing.

However, Brendan Rodgers hasn’t ruled out the possibility of the Belgian World Cup centre-half remaining at the champions..

Boyata created controversy when he refused to travel for the crucial Champions League qualifier against AEK Athens where the Hoops lost 2-1 to topple out of Europe’s elite competition on a 3-2 aggregate.

The Hoops knocked back a £9million bid from newly-promoted Premier League outfit Fulham for the player who had performed well for his nation in Russia.

Lisbon Lion Bertie Auld was among those who insisted the 27-year-old defender should never be allowed into Parkhead again, but, remarkably, Boyata, who cost £1.5million when Ronny Deila bought him from Manchester City in June 2015, did return and scored the only goal of the game against Hamilton Accies on August 26. 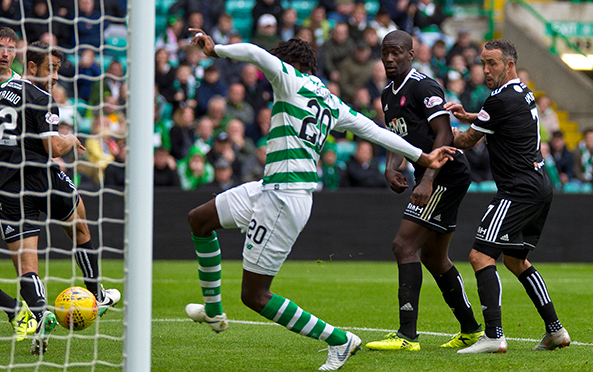 He has been a consistent performer ever since even if he blotted his copybook with a last-minute sending-off in the Befred League Cup quarter-final 1-0 win in Perth in late September.

Asked about the chances of Boyata remaining at the champions, Rodgers answered: “There is always a possibility, but we just have to see. It is between him and the club.

“What is good is Dedryck is focused and playing well. His development in the last couple of years has been fantastic.

“All I ask, whether they are here for one day more, is they give their all. I can ask no more from Dedryck because that’s what he has done.”

Boyata will also be able to talk to interested clubs in January as his contract nears completion.