MIKEY JOHNSTON has been reassured he has a key role to play for Celtic in the second half of the season, despite the loan arrival of Scotland international winger Oliver Burke.

The 21-year-old West Brom raider, who cost the Midlands outfit £15million when they signed him from RB Leipzig last year, has become Brendan Rodgers’ first signing of the transfer window, as CQN confirmed yesterday. 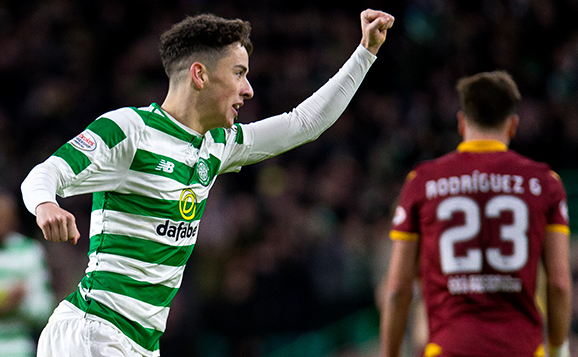 Others will follow – such as Paris Saint-Germain’s exciting youngster Timothy Weah and Ivorian striker Vakun Issouf Bayo – which has led to speculation Johnston, who led the line for an hour at Ibrox last weekend, heading out on a temporary transfer to get game-time.

However, Rodgers has insisted the 19-year-old attacker, who scored three goals in the recent 3-0 wins over Motherwell and Dundee, has a part to play as the Hoops aim for an eighth successive Premiership crown and a possible historic treble treble.

And the Irishman expects the Hoops kid to muscle in on the action in the crucial forthcoming months.

He said: “Each player is different and sometimes the plan is different. You need a bit of luck sometimes. Mikey has done well, so he wouldn’t be one who goes out on loan. 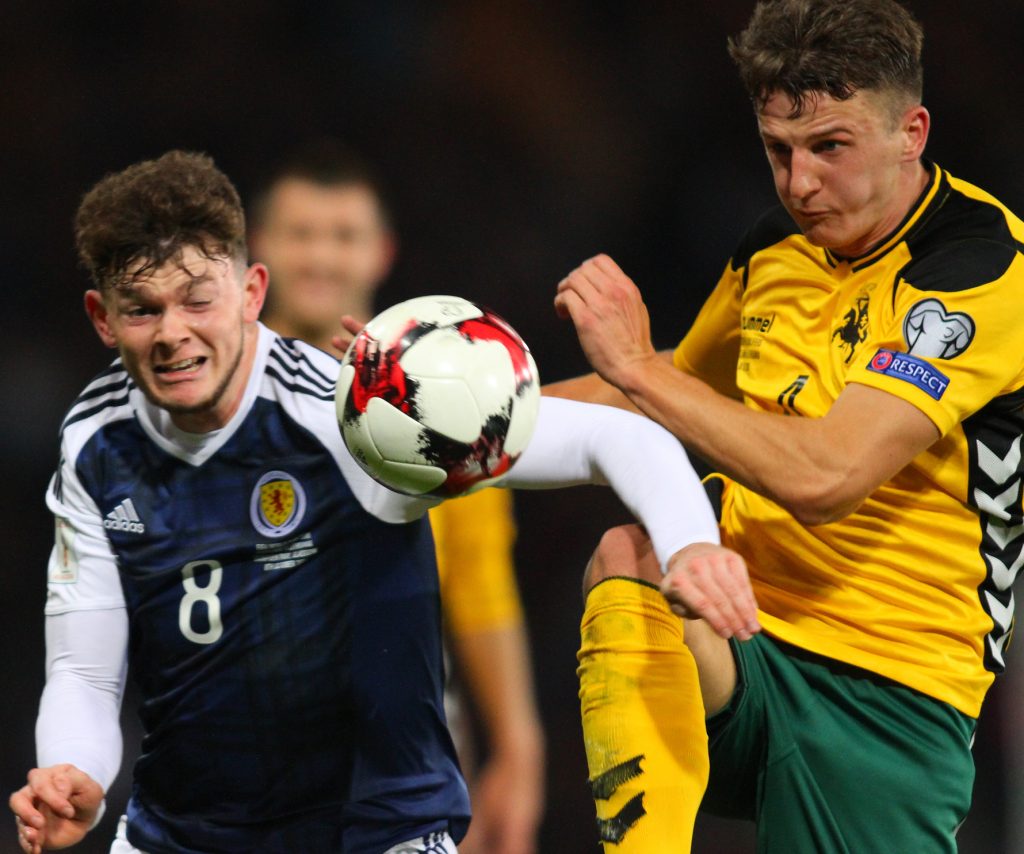 NEW BHOY…Oliver Burke in action for Scotland against Lithuania in October 2016.

“He doesn’t need to be massive. But he does need to be able to protect the ball.

“He has a natural instinct. Mikey played as a striker as a kid. He has that electrifying speed that can really hurt teams in behind.

“And once he is in, he can finish – he has an instinct to get a goal.

“If you are a centre-half playing against him, it can be really hard. He is a tough mark and can really hurt you.”

As well as domestic competition, the Hoops have an exiting Europa League home-and-away encounter against Valencia next Month to look forward to and Rodgers will be looking to have his strongest squad available to meet all the challenges.

Mikey Johnston will be doing all he can to play his part.