BRENDAN RODGERS was left frustrated, but in a positive frame of mind following Celtic’s 2-1 loss to RB Salzburg in the final Europa League Group B game at Parkhead tonight.

The Hoops were heading for European oblivion after an uninspiring performance against the unbeaten Austrians until Rosenborg netted a late leveller against RB Leipzig in Germany.

That equaliser opened the door to Rodgers’ men to go into Monday’s draw for the last-32 of the competition.

It was the champions’ very own ‘Get Out Of Jail Card’ after an evening of being outplayed on their own turf in front of a packed Parkhead.

Rodgers, though, insisted pipping the Bundesliga big spenders to second place with nine points to their seven was a massive achievement.

He said: “There’s always that initial mixed emotion after you lose a game.

“But this campaign was over the course of six games. You see how tough the group is, you see how good RB Salzburg are.

“And obviously playing against a team like Leipzig, from one of the top nations in Europe, to get through above them.

“And to go to Rosenborg and get a result and beat them twice, it’s been an absolutely brilliant effort from the players to finish on nine points in a group like that. 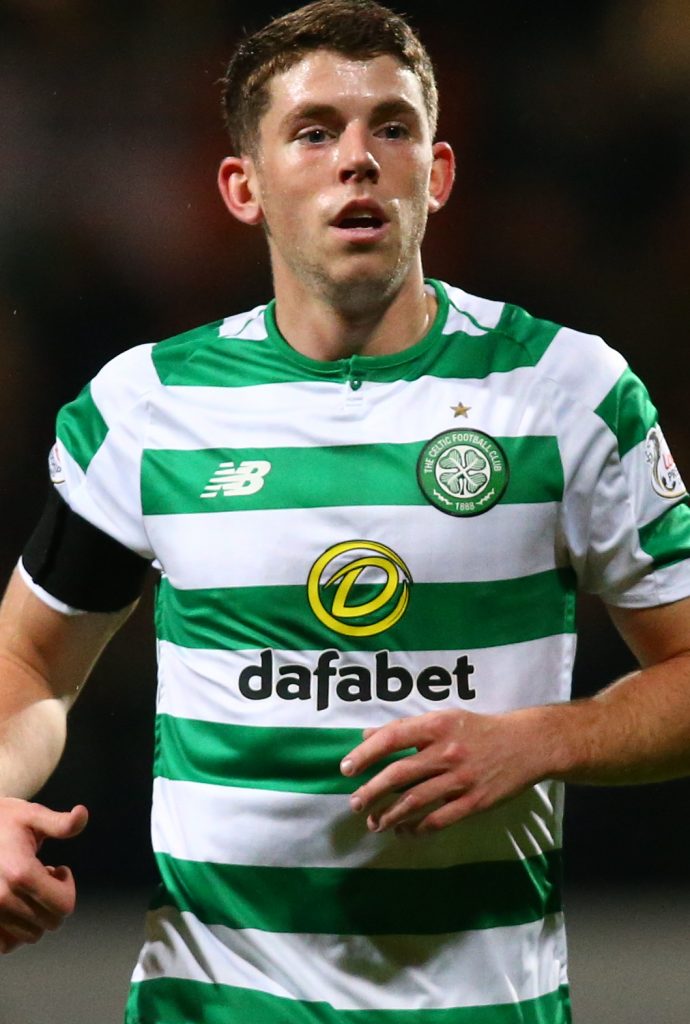 OFF NIGHT…Ryan Christie will give Brendan Rodgers an anxious wait following being stretchered off against RB Salzburg.

“It’s an incredible effort with all the games the players have been playing. I’m so, so proud of that because we deserved to get there having finished second with nine points.”

“We took too many touches in midfield and we lacked quality.

“But the campaign ended tonight in terms of qualification and we’re through, which is a huge effort from everyone.”

Rodgers now faces an anxious wait to discover the reaction of Ryan Christie after the in-form midfielder was stretchered off just before the hour mark.

He added: “It would be really disappointing if he’s out for a period of time because he’s been absolutely brilliant.

Mikael Lustig was also forced off in the first-half after a clash of heads, but he does not appear to be as serious as the Scotland international playmaker.

Rodgers will assess both before he draws up his squad for the Premiership clash with Neil Lennon’s Hibs at Easter Road on Sunday.