Celtic Quick News on News Now
You are at:Home»Football Matters»RODGERS HAILS ‘BRILLIANT’ WIN
By CQN Magazine on 19th November 2016 Football Matters
BRENDAN RODGERS hailed Celtic’s “brilliant” 1-0 victory over Kilmarnock with Stuart Armstrong claiming the first-half winner at Rugby Park last night.
It was the Hoops’ ninth successive domestic triumph while Craig Gordon, who made a couple of decent second-half saves, kept a seventh consecutive clean sheet as the champions went 13 points clear of Aberdeen who play in Inverness this afternoon.
The Parkhead boss said: “The first-half, we played very well. We had a couple of mistakes in our build-up play, but sometimes you’ll have that whenever you’re wanting to build the game. 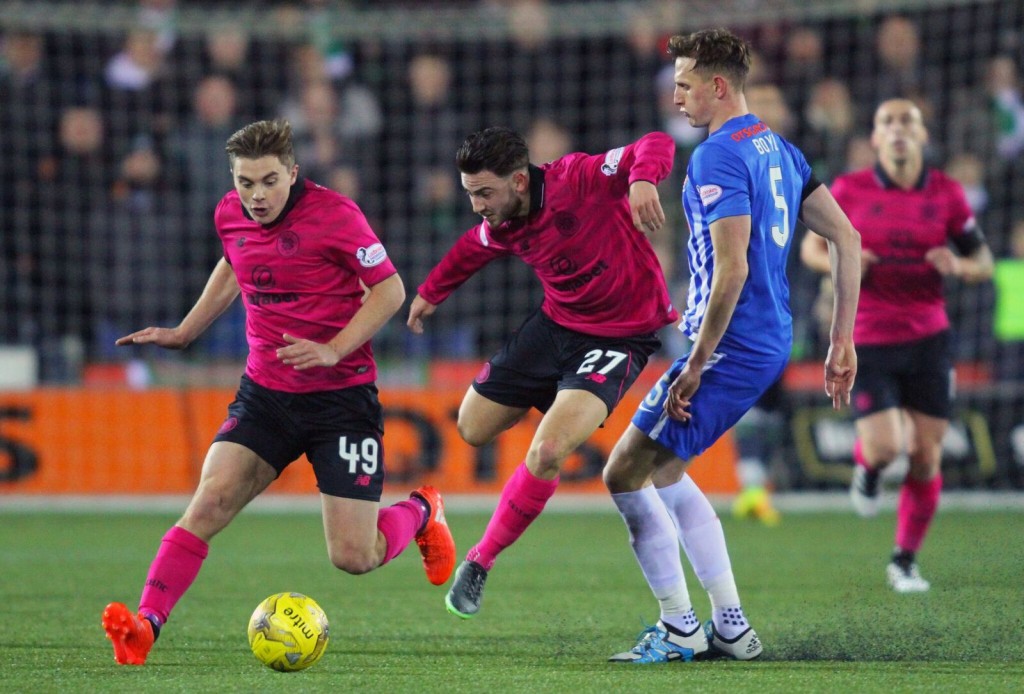 “In the main, though, I thought we were slick, our movement was good and we had good patience.
“We created chances and I thought we looked really exciting when we were going forward. We scored a goal towards the end of the first-half and it was a very good finish.

“Second-half, give Kilmarnock credit, they came out to throw everything at it and Lee Clark’s team did him very proud. We didn’t have as many sequences of possession or passing and it led to us playing a little bit on the counter-attack.

“We had chances to finish the game, but couldn’t quite get the pass to make the finish, so when it’s like that towards the end of the game and you’ve got the direct ball into the box. You never know how it drops, but we can see the solidity in the team, how we’ve been building that defensive philosophy.

“In the end, after a two-week break, having had to change around the team, playing on an Astroturf pitch, it was a brilliant result for us.”

Rodgers added: “It’s very early – it’s only 12 games – but nights like this are very important and certainly can contribute. It was a great win for us.

“It’s nice like this, coming away where it’s absolutely freezing and we had to dig in towards the end. It’s a great win and a great feeling to win after not being together for two weeks.”