DANNY McGRAIN will take centre stage at Parkhead this afternoon as he unfurls the Premiership Flag to mark Celtic’s seventh successive title triumph.

And his number one fan will applaud as loudly as any supporter in the sell-out crowd before the opening league encounter against Livingston.

Brendan Rodgers is a confirmed admirer of the Hoops icon and said: “These guys never knew how good they were. It’s brilliant to have him.

“It’s constant. It’s a winning club. When the expectancy is to win, the club has to be at a certain standard. You look at Danny’s record, the titles he has won, the appearances he has made, these are real symbols of the expectations that the club is held to.

“These are the guys who created it and we need to live up to that.”

McGrain, 68, who won seven league titles, five Scottish Cups and two League Cups, has been a coach at the club since 1997 and he revealed recently he wondered if there was still a place for him when Rodgers arrived in May 2016.

The Irishman said: “I speak with Danny virtually every day he’s here. I have lunch with him and sit for 15 or 20 minutes and I always get a wee nugget from him that I can relate somewhere in my life to football because he’s so humble. 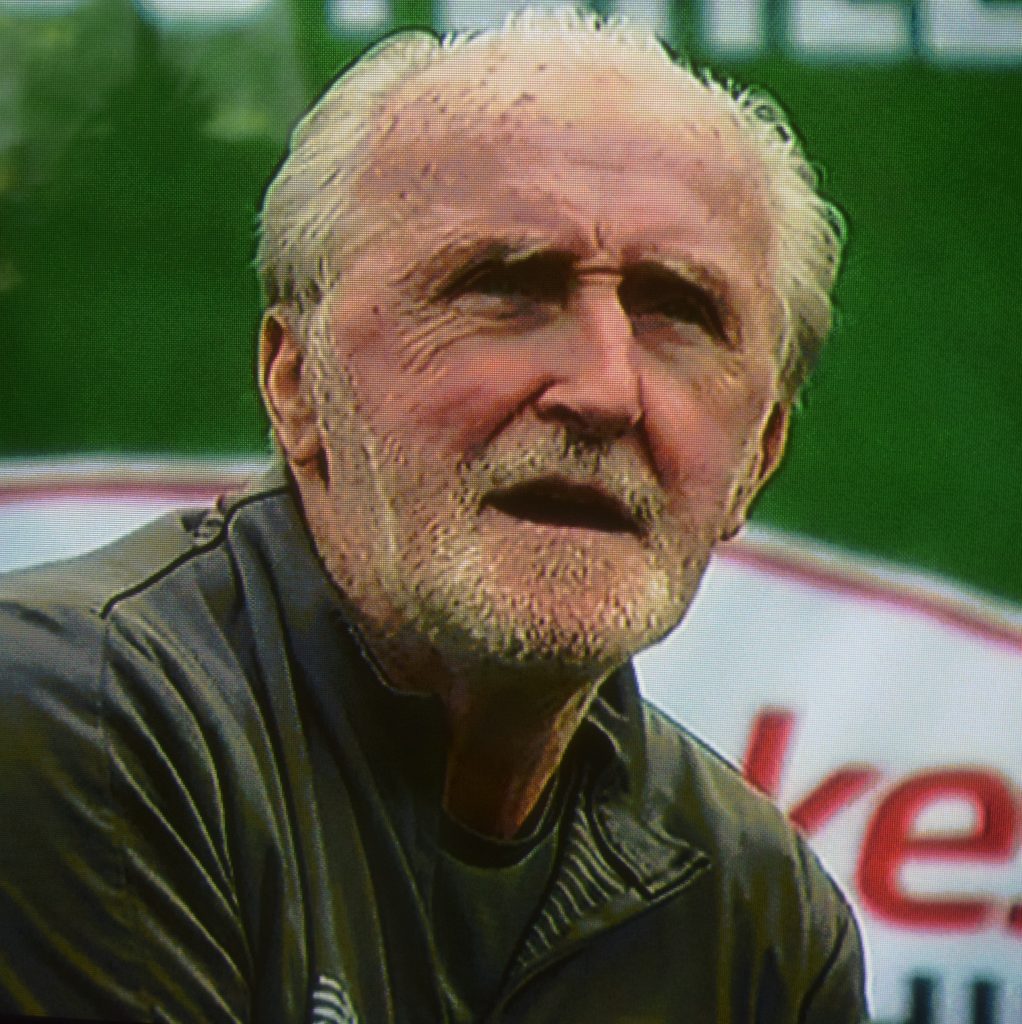 “I see Danny, I see guys like George McCluskey and I’m like still a big child. This is my childhood and I’ve grown up a little bit. Seeing guys like Roy Aitken back in….we just need Anton Rogan showing up!

“These are the fellas who have the great club what it is and are wonderful symbols of our past, yet very much part of our present because they are real icons of the club.

“In that era, you look at the appearances they had. The likes of Danny, Roy, Tommy Burns, bless him. These guys were real contributors to the status that Celtic is and I tap into that.

“I remember talking to Danny once and he talked about playing for Scotland and coming across things he’d never encountered domestically, against West Germany and types of things that happened in the game.

“The game has evolved, got quicker and faster, but lots of it is the same.

“The esteem and respect he has, he’s always there for them in the background to give to them a word of encouragement or a slap on the backside.”

* IT’S THE BIG KICK-OFF TO THE NEW PREMIERSHIP SEASON! Don’t miss the best match report and top pictures from the Celtic v Livingston opener at Parkhead this afternoon – stay on the ball with your champion CQN!