BRENDAN RODGERS has hinted there is a hope Timothy Weah may extend his loan spell at Celtic, as club legend Davie Hay said in CQN last week.

The Hoops boss, though, has revealed there is NO chance of the champions keeping Oliver Burke at the club beyond the end of his temporary transfer from West Brom in the summer.

Speaking about Paris Saint-Germain’s exiting American attacker, Rodgers said: “He’s 18, so depending on how that goes, there’s maybe a possibility of extending that.

“But I don’t like to talk too much, it’s a wee bit disrespectful to the team we bring them from because what happens is there’s a headline out there that says: ‘We want to buy…’

“The relationship is good with PSG through Odsonne Edouard and some of the other players we have spoken about to them, so let’s see how it goes and then we’ll review it with the club and him and his family at the end of it all.

“I am sure they will take him back next pre-season and have another look and they they will decide where his next stage is if it’s not there.”

Scotland international Burke, who has claimed three goals in six appearances, admitted last week he would love to stay with the Hoops.

However, Rodgers reckons the powerful forward, who cost the Hawthorns outfit £15million when they signed him from RB Leipzig in August 2017, will be well out of the club’s financial scope. 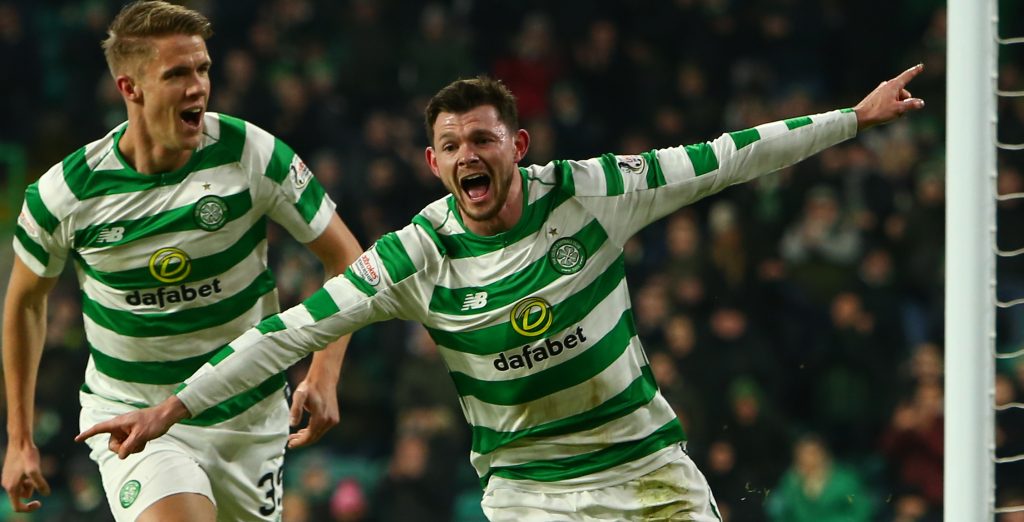 JOY BHOY…Oliver Burke celebrates scoring his first goal for Celtic against St Mirren with a delighted Kristoffer Ajer about to join in. Pic: Geo.

Burke has twice broken the transfer record for the most expensive Scot following his initial switch from Nottingham Forest to the Bundesliga big spenders for £13million a year before his return.

Asked if the player’s desire to stay in Glasgow was unlikely, Rodgers replied: “I think so. It would be great for Celtic, but the reality is that the improvements he will make here over the course of the next six months will probably excite West Brom.

“And then if they get promoted then probably his wages change, anyway. He helps us for now, we help them.

“You are getting in a big talent, but the likelihood is that type of player fits around the core of the boys who are here.

“It may well be too much, but all you can do is improve and develop him and see what happens.”

Rodgers added: “I’ve been delighted with him. It’s a great challenge for us to help him develop and we get the benefit. That’s what this culture is about here.

“Like most young players, such as the Ryan Christies, they need confidence and clarity in what their role is.

“Oli’s definitely one that, because he can run he runs, but too often to the corner flag. The goal is not out there, my friend, the goal is in the middle. If you ask them why they are running there, they might not know.

“If you look at his movements now, they are inward, running into goal. It’s small, but it’s clarity and what he’s shown is that he’s a learner.

“A good boy, hungry to improve, but just needs a clear way of working.”