* BRENDAN RODGERS will attempt to do something this evening his predecessor Ronny Deila failed to do on six attempts in his last season as Celtic manager – win a Europa League game.

The Norwegian saw the Hoops finish bottom of their section after drawing 2-2 with Ajax in Amsterdam before losing 2-1 to the Dutch aces at Parkhead. Molde celebrated a double success over the Scots, 3-1 in Norway and 2-1 in Glasgow while Fenerbahce gained a 2-2 draw at the home of the champions and a 1-1 stalemate in Turkey.

* FIVE of the Celtic team who started the 3-0 victory over Anderlecht in September in Brussels were also in the line-up that kicked off Rodgers’ first European tie as Parkhead boss.

Craig Gordon, Kieran Tierney, Scott Brown, Tom Rogic and Leigh Griffiths were in the side that was embarrassed 1-0 by Gibraltar’s semi-professional outfit Lincoln Red Imps on July 12, 2016.

Nir Bitton and James Forrest were also in at the start that fateful evening and both came on as second-half substitutes against the Belgians.

Right-back Saidy Janko, who spent most of last season on loan at Barnsley after making only six appearances under Rodgers, moved to St Etienne on a four-year deal in the summer while Efe Ambrose has joined Hibs on a permanent basis following his initial loan period.

Moussa Dembele drew a blank against Red Imps and was substituted after the interval by Nadir Ciftci who is now on loan at Motherwell after spending the first half of the season with Plymouth Argyle.

Ryan Christie, who is on a season-long contract at Aberdeen, was replaced by Forrest, Erik Sviatchenko missed the victory over the Belgian champions with injury while Stuart Armstrong spent the evening on the bench.

* RODGERS won three of his 12 European ties last season. The Hoops turned around the Red Imps score in a 3-0 victory in Glasgow with three quickfire first-half goals from Mikael Lustig, Griffiths and Patrick Roberts.

Celtic followed that up with a 1-1 draw against Astana on July 27 with a late goal from Griffiths and a 2-1 second leg victory a week later. Two penalty-kicks from Griffiths and Dembele helped the club into the Champions League play-offs.

Goals from Griffiths (2), Dembele, Rogic and Brown handed them a 5-2 success over Hapoel Be’er Sheva. Gordon saved a penalty-kick in the return in Israel as the hosts won 2-0, but the Scottish title holders squeezed through 5-4 on aggregate.

* RODGERS endured a nightmare introduction to the Champions League group stages when Barcelona blitzed Celtic 7-0 at the Nou Camp on September 13, 2016 – the club’s worst-ever result in Europe.

Two goals from Lionel Messi, who got a hat-trick in the first game, sealed a 2-0 victory for the Catalans at Parkhead. Celtic lost by the same score at home to Borussia Monchengladbach after two errors from Kolo Toure. A penalty-kick from Dembele gave them a 1-1 draw in Germany.

Celtic drew twice with Manchester City who arrived in Glasgow on September 28 after winning all 10 of their domestic games under Pep Guardiola. City had to fight back three times to gain a 3-3 draw. Dembele (2) and a Raheem Sterling own goal counted for the Hoops.

Patrick Roberts netted the opener against his parent club in the 1-1 draw on matchday six. 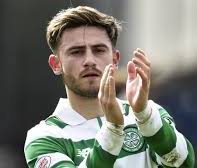 * RODGERS’ European adventures this season opened with a 2-0 win over Linfield on July 14, 2017 with Rogic and Sinclair on target. Five days later, they triumphed 4-0 with efforts from Sinclair (2), Rogic and Armstrong.

In the second qualifying round, a solitary strike from Forrest helped the Hoops past stubborn Rosenborg in Trondheim.

In the first leg play-off, efforts from Sinclair (2) and Forrest, plus two own goals, pushed Rodgers’ men to a 5-0 victory over old foes Astana. The Bhoys lost 4-3 in the return with Olivier Ntcham, Sinclair and Griffiths on the mark.

Paris Saint-Germain ran amok with a 5-0 success in the opening Group B game on September 12, but the Celts rallied to thump Anderlecht 3-0 in Brussels in the next encounter.

Then came back-to-back defeats from Bayern Munich (3-0 and 2-1) in October which were followed by a 7-1 thrashing from PSG in Paris the following month. 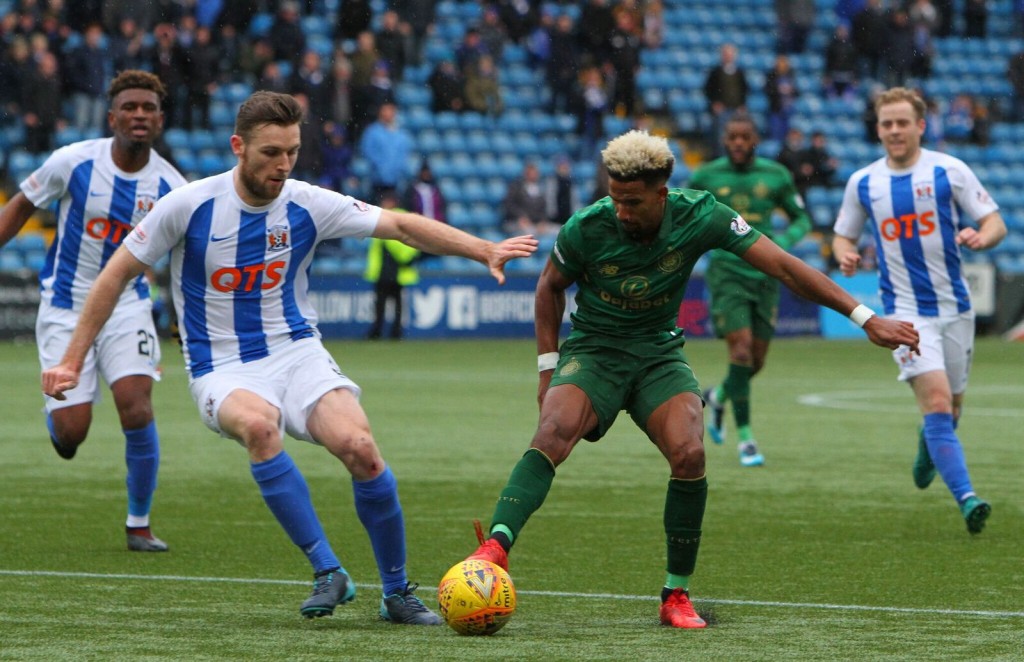 The curtain came down on the Champions League campaign with a dismal 1-0 defeat from Anderlecht at Parkhead in December, but the Hoops had done enough in their head-to-heads with the Belgians to earn a place in the Europa League.