But the Irishman, after watching the champions hammer St Mirren 4-0 at Parkhead last night, admitted he didn’t know too much about the £1.75million 21-year-old who is ready to quit Karpaty Lviv.

Rodgers was pleased as the Hoops moved a point ahead of Kilmarnock at the top of the Premiership following Steve Clarke’s side’s 2-1 win over Rangers. The Celts also have a game in hand and a superior goal difference.

Oliver Burke scored his first goals for the club with a double while Scott Sinclair slotted in a penalty-kick and substitute Timothy Weah, on loan from Paris Saint- Germain, added a late fourth.

The Parkhead chief said: “I can’t say I know a great deal about Maryan, but what I have seen he is a talent and something that will probably benefit the club in the future.

“We’ve got about a million wingers and don’t need another one, but he’s a talent and in the summer we’ll probably lose wingers and he’ll look to come in.

“It’s an opportunity for the club to sign a young talented player, but not one that will probably help us now.

“The club have been in contact with his representatives and he is a player for the future.

“He is a talented young player. I haven’t seen a great deal of him, to be honest, it is something that has come to the club through circumstance and he has been watched.

“I think that they will look to get the deal done on him and he will probably be out on loan.” 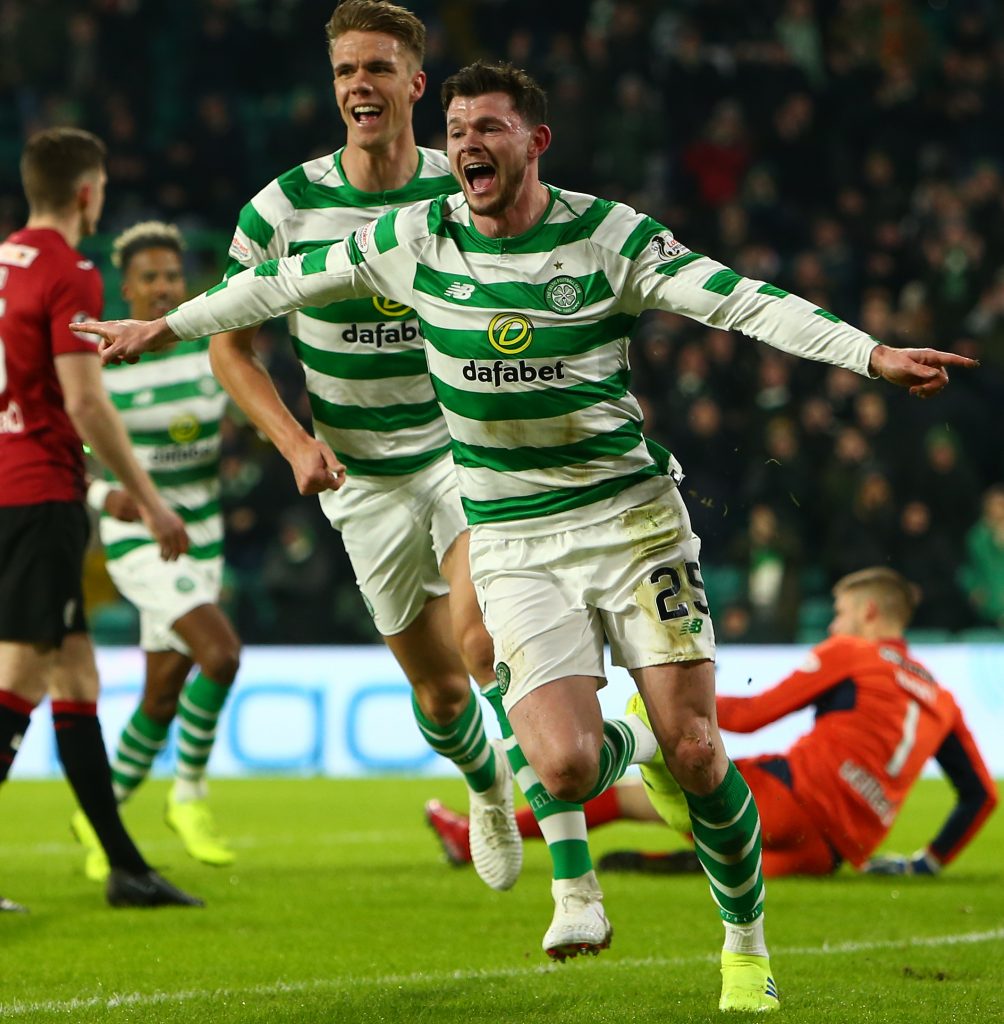 JOY BHOY…Oliver Burke races away after netting the opening goal against St Mirren. Kristoffer Ajer and Scott Sinclair are about to add their congratulations. Pic: Geo.

Rodgers also explained why he started the game against the Paisley outfit with Scott Bain in goal in place of regular Craig Gordon.

He said: “I’ve got two very good goalkeepers and I’m giving Scott a little run in the team because I know what Craig can do.

“Scott comes in and plays one or two games, so I want to give him a little run and he also really helps the speed of our game because he gets it out quickly.

“I’ve got very good goalkeepers and whichever one I play will always contribute well.”

Rodgers, who saw the holders ease past Airdrie 3-0 in the Scottish Cup at the weekend, added: “It was a very good win for us.

“I thought the first game was a good performance and the mark of good team is to go into next game and perform better.

“I enjoyed how we played, it is not easy against a team so compact and tight.

“Oliver Burke is a talent, we are giving him clarity in terms of what he has to do, his job, to create goals and score goals and he has done that.”