Goals from Tom Rogic and Leigh Griffiths gave the Hoops a 2-0 victory to continue the sequence that started on Hogmanay last year when Moussa Dembele and Scott Sinclair netted in a 2-1 triumph after Kenny Miller had opened the scoring.

The Parkhead men scored five in Govan on April 29 when strikes from Sinclair (pen), Griffiths, Callum McGregor, Dedryck Boyata and Mikael Lustig handed them a 5-1 scoreline. 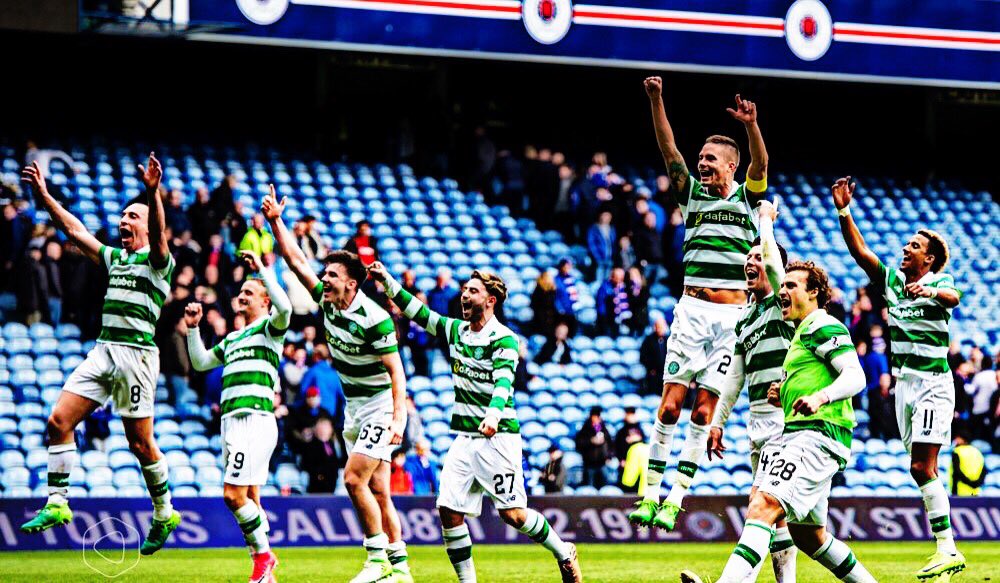 O’Neill kicked off his three-in-a-row surge when goals from Alan Thompson (pen) and John Hartson gave his team a 2-1 win over Dick Advocaat’s outfit on April 27, 2003.

Hartson crashed home the only goal of the game in Govan on October 4 the same year while Henrik Larsson and Thompson were on target in a 2-1 success on March 28, 2004.

Rodgers and O’Neill share the distinction of beating the Ibrox side five times in the one season. The current gaffer achieved the feat during the Invincibles’ campaign while O’Neill notched up his quintet of success in season 2004/04.

Jock Stein beat Oldco Rangers three times in a month in season 1971/72. Two League Cup-ties and a league game were played at Ibrox with Celtic Park under reconstruction.

The Hoops won 2-0 in the first Cup confrontation on August 14 with goals from Kenny Dalglish and Jimmy Johnstone. Stein’s men returned a fortnight later and triumphed 3-0 with Dalglish, Bobby Lennox and Tommy Callaghan on target.

Two weeks later in the league, Celtic were 3-2 victors with Dalglish scoring for a third successive game. Johnstone and Lou Macari got the others.