BRENDAN RODGERS has had a dig at Craig Levein over the potential condition of the Hampden pitch when Celtic take on Hearts in the second Betfred League Cup semi-final on the same day next month.

Aberdeen will face Sevco Rangers at the national stadium with a noon kick-off on Sunday, October 28 with the champions and the Edinburgh outfit due to kick off at 7.45pm.

Tynecastle chief Ann Budge issued a statement last night in which she admitted she was “astonished” the ties would be played on the same day at the same ground.
The Hearts supremo also expressed her concern over whether the playing surface would be able to cope with two games.

Hoops gaffer Rodgers admitted today he was comfortable with the decision. When asked about concerns over the pitch being left rutted, particularly if the weather had been unkind, the Irishman replied: “It would be good for Hearts.

“It could go into extra-time, it could go into penalties. It really could operationally be a real push. But, listen, we see the issues around it, both on the pitch and off the pitch. We can only control how we prepare for the game now.” 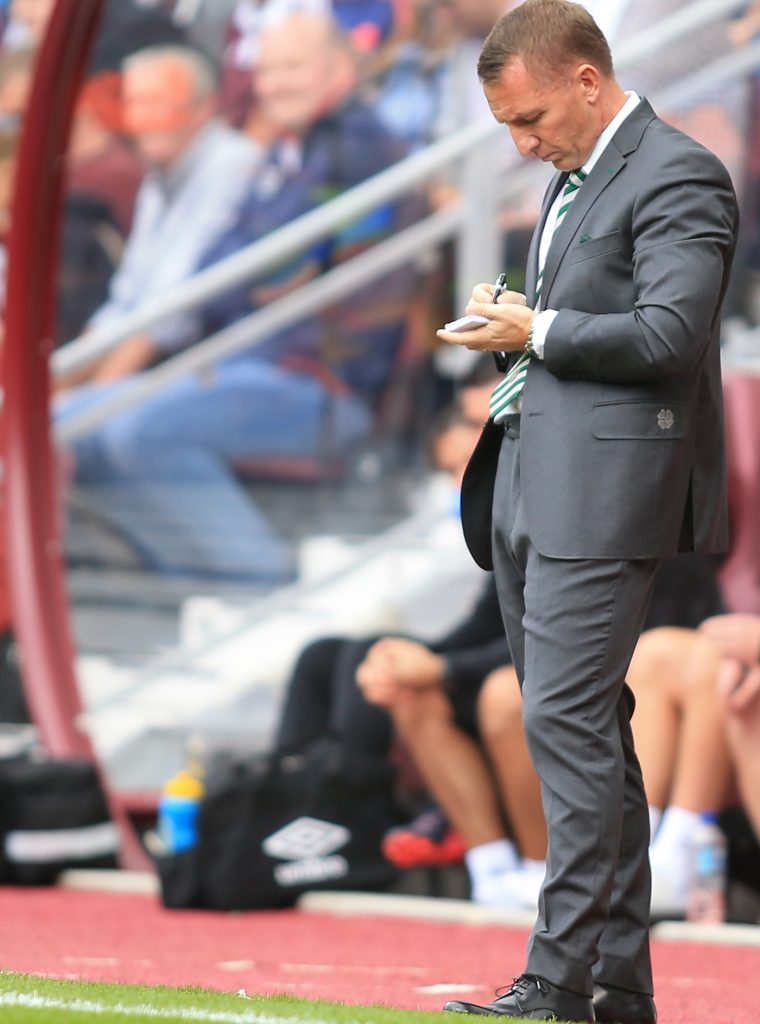 Levein made some sarcastic remarks in return and the war of words has continued throughout this campaign.

The European commitments of Celtic and the Ibrox side with both playing on Thursday have forced the SPFL to push both semi-finals to Sunday.

On the bizarre situation, Rodgers added: “I only assume that it had been anticipated, what may happen, and I’m only assuming it is the best solution that they thought before it would have happened.

“From the outside, it looks operationally and logistically a major challenge, but the organisers and police must feel that it will be under control. So, we have to accept that it’s been organised in what they feel is the best way forward.”