Celtic Quick News on News Now
You are at:Home»Latest News»RODGERS’ ‘NO’ TO CHINA SWITCH
By CQN Magazine on 27th September 2018 Latest News

BRENDAN RODGERS has revealed he knocked back a megabucks offer to quit Celtic and move to China in the summer.

The Hoops boss was not interested, though, as he continued to lead his boyhood idols to a new era.

The Irishman, who took over from Ronny Deila in May 2016, said: “Since I have been at Celtic, I have had a few offers. So, that is no different to any of the others.

“My focus is very much on Celtic, trying to help us rise to the challenge of this season. 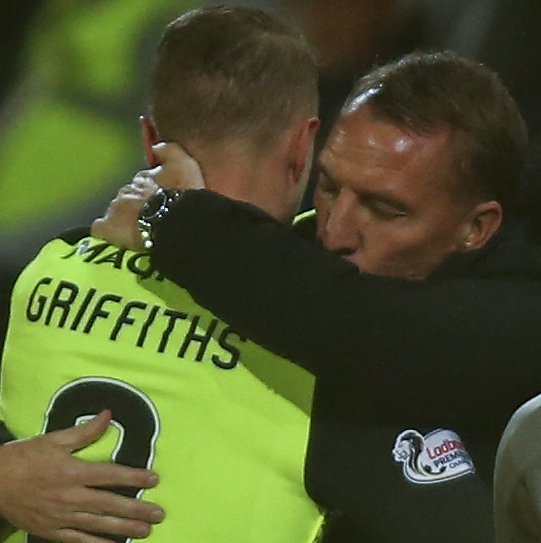 “What you know with China is it’s an awful lot of money, big money, but I have found happiness here. I spoke to the owners of the club and the board and we find an agreement and move on.

“I have had other opportunities, but I am very much here, I have this year and two more years on my contract.

“Unless they get fed up with me or something else happens, I am very privileged to be here.”

Rodgers has yet to lose a game in a domestic Cup competition and he maintained his run of success in a hard-fought Betfred League Cup quarter-final against St Johnstone at McDiarmid Park last night.

The Hoops made several excellent chances, but had to reply on a strike from Leigh Griffiths seven minutes from the end to earn a place against Hearts in the semi-final next month.