BRENDAN RODGERS is eager to get Dedryck Boyata and James Forrest to pledge their futures to Celtic.

Talks are already underway with the Belgium and Scotland internationals who are out of contact next summer.

Rodgers is hoping new deals can be agreed and he can concentrate on attempting to add quality to the squad before the transfer deadline at the end of this month.

Boyata is now back with the squad after his participation with his country in the World Cup Finals in Russia and trained at Lennoxtown yesterday.

However, the central defender will not figure against Rosenborg in Trondheim this evening as the Hoops protect a 3-1 first leg advantage. 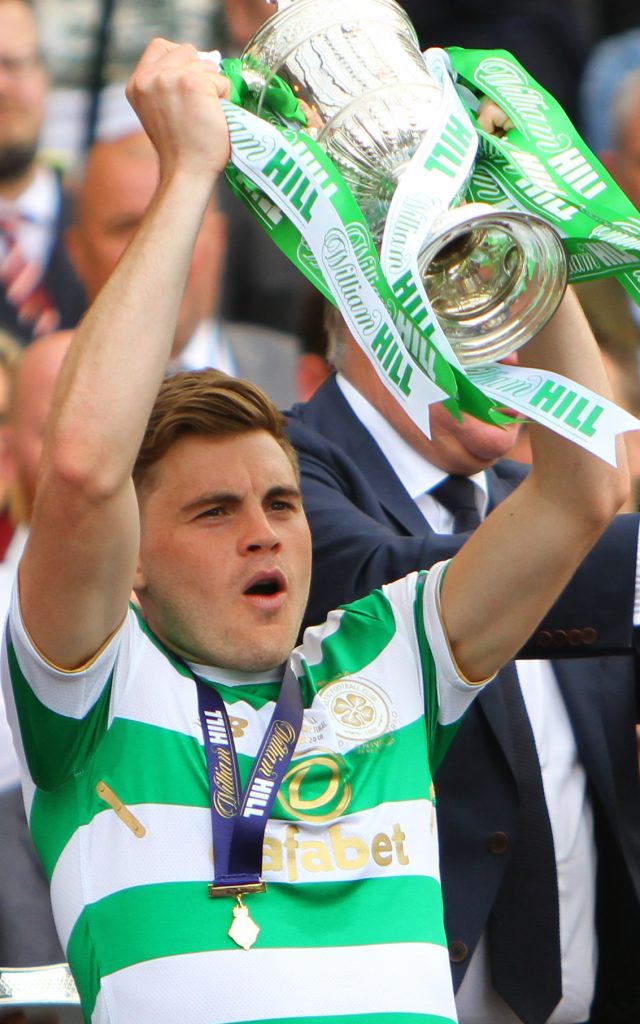 UP FOR THE CUP…James Forrest celebrates after last season’s Scottish Cup Final win over Motherwell.

Rodgers said: “It is great to have Dedryck back. He had an excellent World Cup and gained valuable experience.

“He looks fit and strong, but, of course, just needs a bit of time.

“The talks have been on-going. I had a long chat with Dedryck yesterday and he is in a good place.

“We want to keep him for as long as we can, that is important. Whether he decides he wants to move on after this year, that will be up to him and his representative.

“But my priority is getting him fit and back into the team again because he is a top-class player.

“In terms of James, he is coming into his final year and he is clearly a player we would love to keep.

“So, I am sure the club will be working with James’ representatives to tie him down to a longer deal.”