BRENDAN RODGERS has praised the impact of skipper Scott Brown and James Forrest this season.

The champions are zeroing in on an unprecedented double treble as they prepare for tomorrow afternoon’s Premiership tussle against Hamilton Accies at the SuperSeal stadium.

Rodgers’ men, who retained the League Cup with a 2-0 win over Motherwell in November, are 10 points ahead of Aberdeen in the table and face Sevco Rangers in the Scottish Cup semi-final a week tomorrow.

Player of the Year votes are now being counted and the Hoops boss reckons his dynamic double-act will be in with a shout. 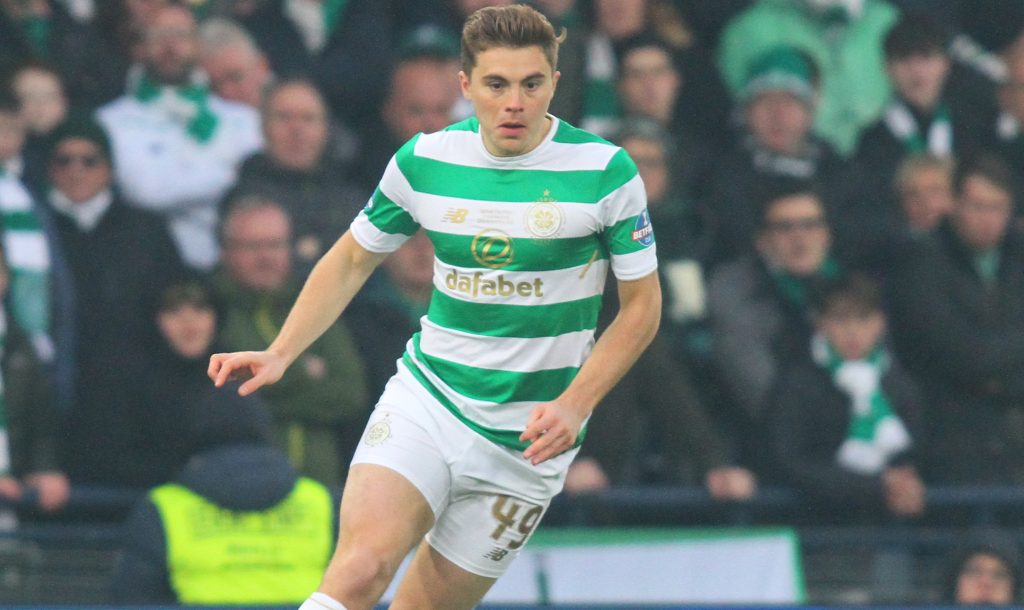 WING WONDER…James Forrest has been in superb form this season.

He said: “There’s a number of players who have done very well, at various clubs. At Celtic, Browny and James have been outstanding. James has scored 16 goals and a fair few assists.

“Remember, this is on the back of playing important games in Europe, such as Bayern Munich, where he was exceptional.

“Browny would have to be in there for his consistency but James had added that to his game and been outstanding throughout this year.

“You look at Browny in terms of his personality and his influence whether it was domestically or in the Champions League. I’d think those two would be in the running.”