And the Hoops manager also fired back at bitter remarks from rival boss Derek McInnes and his skipper Graeme Shinnie who insisted Scott Brown and the Swedish international defender lacked class as they celebrated the club’s seventh successive silverware victory during his two-and-a-half year reign.

Rodgers, in fact, is adamant his team are the most SPORTING in the country – and deserve accolades for the manner in which they perform.

The Irishman, preparing his team for tonight’s Premiership clash against Motherwell at Fir Park, said: “I can understand the raw emotion of it all. They have lost their third Cup Final to us.

“That emotion is in the game and players and managers are not robots.

“Especially, Graeme who is probably wanting to emulate some of the captains who have gone before at Aberdeen, so when you lose it is a tough one to take.

“But I didn’t see Mikael goad the boy Ferguson at all. 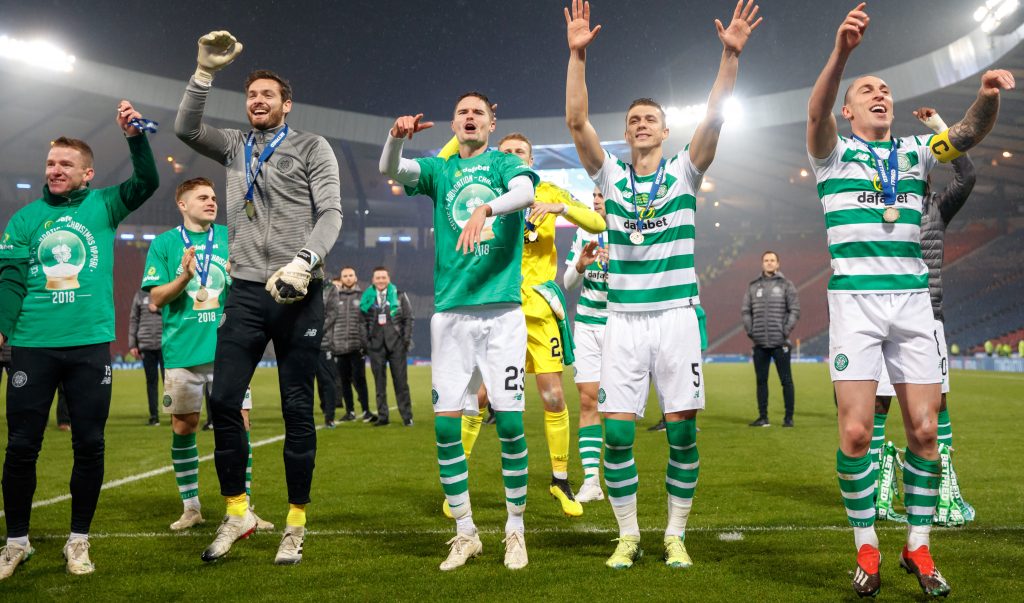 “I don’t think there was any goading.

“If you look at us as a team and you look at our records, I think we are a very sporting team considering that every game we play is a huge pressure game and a Cup Final.

“The players and their record from a discipline perspective is exemplary.

”For some players, they will give it out and you have to be ready to take it.

Brown and his opposite number at Pittodrie, Shinnie, have had an ongoing feud since last season following several no-quarters-asked crunching challenges.

However, Rodgers reckons the Aberdeen player would have a better appreciation of his captain’s qualities if he actually lined up alongside him.

He added: “If he played with him and worked with him, then I am sure Graeme would see him as one of the best professionals that he has come across.

“In the game Browny, like some other players, become a different character when they go on the field and there are a lot of players like that.

“Like Jonny Hayes, before he came he would probably have had an opinion of Scott and I guarantee you that if you asked him now it would be the total opposite.

“In our organisation you need to have those values of how you want to work because they provide the signposts for your daily life and respect is the very first one.”