BRENDAN RODGERS has urged his Celtic players to “give it their best shot” as they face a monumental task in the Mestalla tonight against a Valencia side 2-0 up from the first leg.

The Hoops boss will send his troops into the Europa League last-32 encounter telling them must have the belief they can turn things around.

Queried what his last words will be to the team, Rodgers answered: “I’ll ask them if we have this shot at getting through, do they believe they can win?

“If they do, no matter how tentative it is, if it’s a yes – then let’s give it everything. Let’s fight, let’s tackle, let’s play.

“If we are going to go out, let’s give it our best shot. That’s what the players do.”

The Scottish champions have never won a competitive game on Spanish soil and Rodgers reckons the chance to create history should be all the incentive his players need. 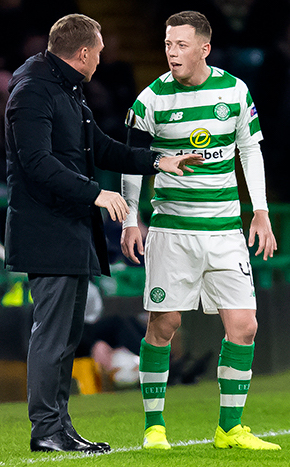 He said: “It’s a great challenge for us. I saw enough in the game last week in terms of we started the game well, we lost our way a wee bit after 25 minutes and we gave them confidence in the game and the first goal is obviously critical.

“If you’re a team playing away from home – and you get that first goal in the away stadium – that really calms you down and it allows you to relax and play your football.

“And then literally five minutes after half time, we concede a second one and 2-0 sort of breaks our rhythm a bit and then they get comfort and it was disappointing for us then.

“But I think we come into the game, like we’ve done over the past two-and-a-half years, whenever we’ve had disappointing results or performances, or both, we’ve always tried to then respond and we did that at the weekend in a tough league game.

“We carry the confidence now to go again in this match.

“We accept the challenge, we know the perception will be that we’re out, but it’s never what drives me with the team.

“It’s always been that we have to find hope in relation to the games that we have and if we believe that we can do it, even if it’s a tentative belief, if it’s a yes you have to go for it.

“You have to play with energy and give everything and fight to the very end..

“If we can get the first goal, then who knows?” 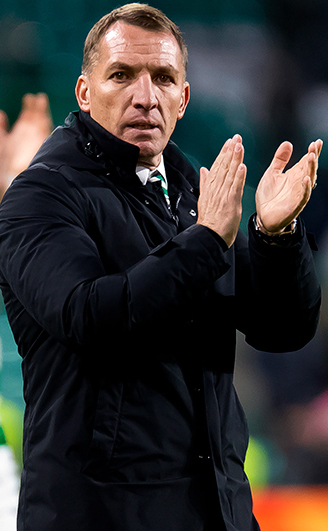 BIG HAND…Brendan Rodgers applauds the Celtic support after the 2-0 loss against Valencia.

Rodgers’ men reserved their best performance in Group B against Bundesliga big spenders RB Leipzig when they triumphed 2-1 with goals from Kieran Tierney and Odsonne Edouard.

However, after an excellent 1-0 victory against Rosenborg in Trondheim, they lost 2-1 to RB Salzburg in their next tie at Parkhead.

“Unfortunately, they endured back-to-back European defeats when Valencia scored two goals on either side of the interval last week.

The Irishman added: “I just think we recognise we didn’t play well enough. We made mistakes. I think we know you have to really concentrate.

“These are some of the things we’ve shown over the last week or so in terms of our video with the players.

“But there were parts of the game, we started with real confidence and stability in the game, we had a little period of six or seven minutes where we gave the ball away cheaply and we learned you can’t do that at this level against good players who play well and can create.

“Ultimately, it’s about concentration at this level.”