ANTHONY STOKES, given the boot by Brendan Rodgers at Celtic, is set to return to football – with hometown team Shamrock Rovers.

The former Republic of Ireland striker has been out of the game since his controversial week-long stay at Livingston last year where he didn’t even play a solitary game.

Stokes was on loan at Hibs when he scored two goals against Mark Warburton’s Ibrox side as the Easter Road club lifted the Scottish Cup in May 2016. He was due to go back to Parkhead, but incoming gaffer Rodgers decided against taking up the 12-month option on his contract.

It’s much the same situation today with Stokes’ former team-mate and friend Leigh Griffiths who is waiting to see if he has a future at the club following the arrival of Ange Postecoglou as Neil Lennon’s replacement. 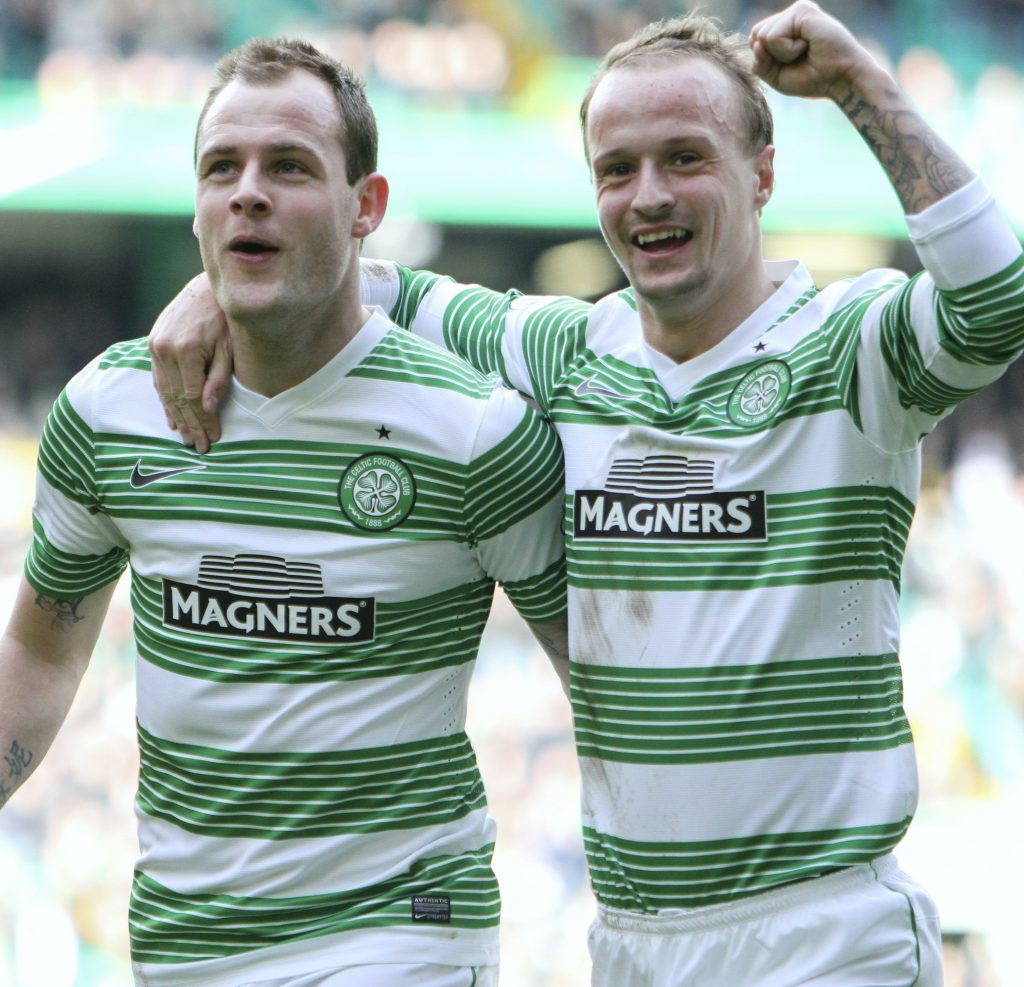 IT TAKES TWO…Anthony Stokes celebrates a goal against St Johnstone February 2014 with Leigh Griffiths joining in.

The 32-year-old frontman has endured a nomadic time in recent seasons following a breach of discipline that ended his third spell at Hibs in January 2018.

After stints in Greece, Iran (twice) and Turkey, he has not played competitive football for 16 months.

But Stokes is expected to be included in a bounce game for Shamrock on Tuesday as manager Stephen Bradley, a former Arsenal team-mate of the once-prolific marksman, considers tabling a contract offer, according to a report in the Scottish Sun.

The Irish side face a Champions League qualifier against Slovan Bratislava next month and the much-travelled frontman’s experience could prove to be invaluable.