Celtic Quick News on News Now
You are at:Home»Latest News»RODGERS RELAXED ON ROGIC DEAL
By CQN Magazine on 2nd May 2018 Latest News

BRENDAN RODGERS has urged Tom Rogic not to be in a rush as he ponders over a life-changing contract decision.

The Australian international playmaker has just over a year of his current Celtic deal to run and has already rejected the offer of an extension.

Rogic, 25, netted in his fourth Glasgow derby of the season in the 5-0 demolition at Parkhead on Sunday as the Hoops romped to their seventh successive Premiership title.

The midfielder has been in Glasgow since his £750,000 arrival from Central Coast Mariners in 2013 and is poised to showcase his talents in the World Cup Finals in Russia in the summer.

However, Rodgers is hopeful of keeping Rogic – who has been linked this morning with relegation-threatened Southampton – and is comfortable about him taking time to make his decision. 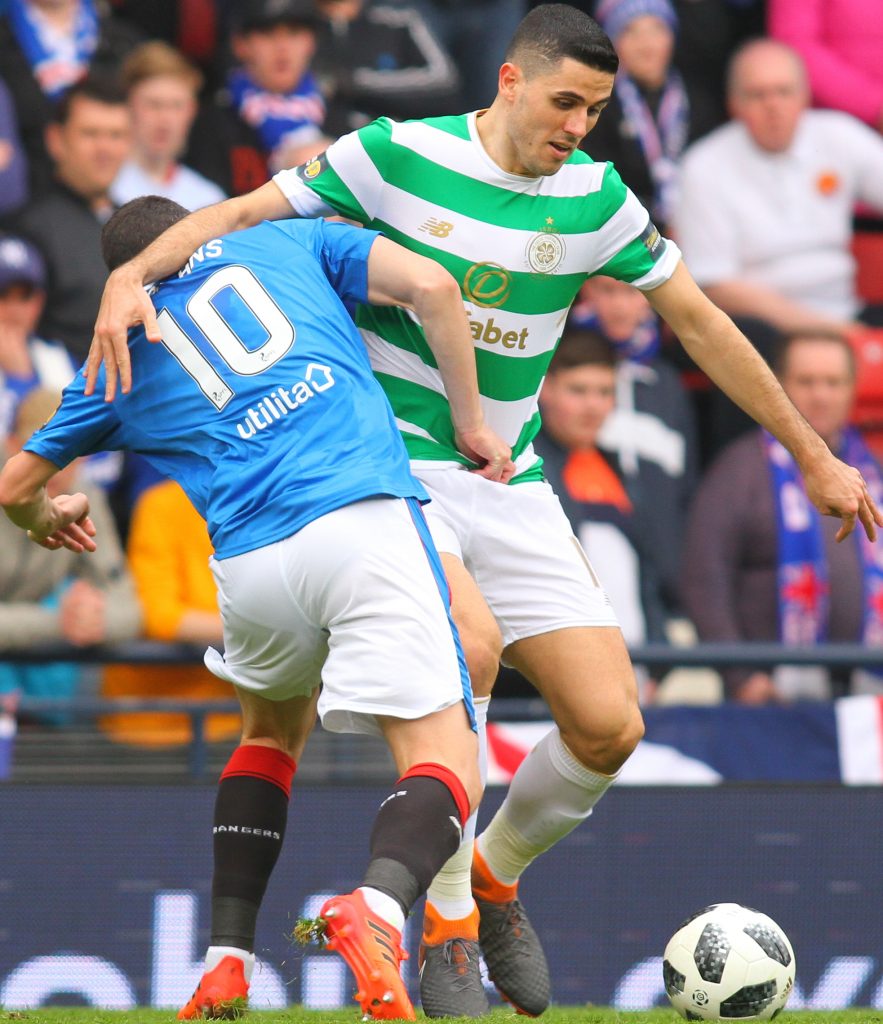 WIZARD OF OZ…Tom Rogic waltzes past the challenge of Graham Dorrans. Pic: Geo.

The Hoops boss insisted: “Tom is a brilliant player, but you have to respect that a player’s career is short.

“Tom has come over here and it has taken five years for him to really establish himself and show his real talents. In the last couple of years, he has been sensational.

“It’s just a life decision, really. Tom and his wife are from Australia. If you are a Celtic supporter, you probably can’t think of a better place to be in the world than Celtic. But there are warmer and drier places!

“Tom’s a massive talent and we hope we can keep him here. There’s nothing sinister in it. He’ll take his time and I’ll always support players whatever their decisions are.

“Hopefully, he can stay and agree a longer term deal.”

Meanwhile, Rodgers has confirmed he expects Moussa Dembele, who has missed the last two games against Hibs and Sevco Rangers, to return to the squad in time for the Scottish Cup Final against Motherwell a fortnight on Saturday.

The gaffer added: “Moussa will be fine. He had a couple of days with his hamstring after the last Rangers game. He trained the two days before the game, but we didn’t want to risk it.

“We wanted to win the title, but we have a Cup Final for which we want him to be ready.”