The champions dominated the opening 45 minutes, but were denied by in-form Perth keeper Zander Clark who shipped six when the teams last met in October.

However, he had to admit defeat twice in two minutes as the Hoops hit the afterburners and made certain of their 12th successive league victory at Parkhead with sublime strikes from Callum McGregor and Ryan Christie.

A beaming Rodgers said: “I thought we did it with a really good performance. For the first 20 minutes we had possession, but we weren’t penetrative enough and didn’t play forward quick enough.

“Then in the last 15 minutes of the first-half we started to get into better areas and then the keeper makes a great save from Scott Sinclair.

“After half-time, we changed the shape of the midfield, the positioning of the wingers. And in the second-half we were very, very good – good control of the game, good positioning, good rhythm in our game and two wonderful goals.

“The keeper made a couple of good saves and we should have a clear penalty, so it was a very, very good performance in the second-half and I’m very pleased.

“And Ryan’s is a brilliant finish. Two quick goals, that gave us confidence in the game and we didn’t give up so much at the back. We were very calm and I’m very pleased.” 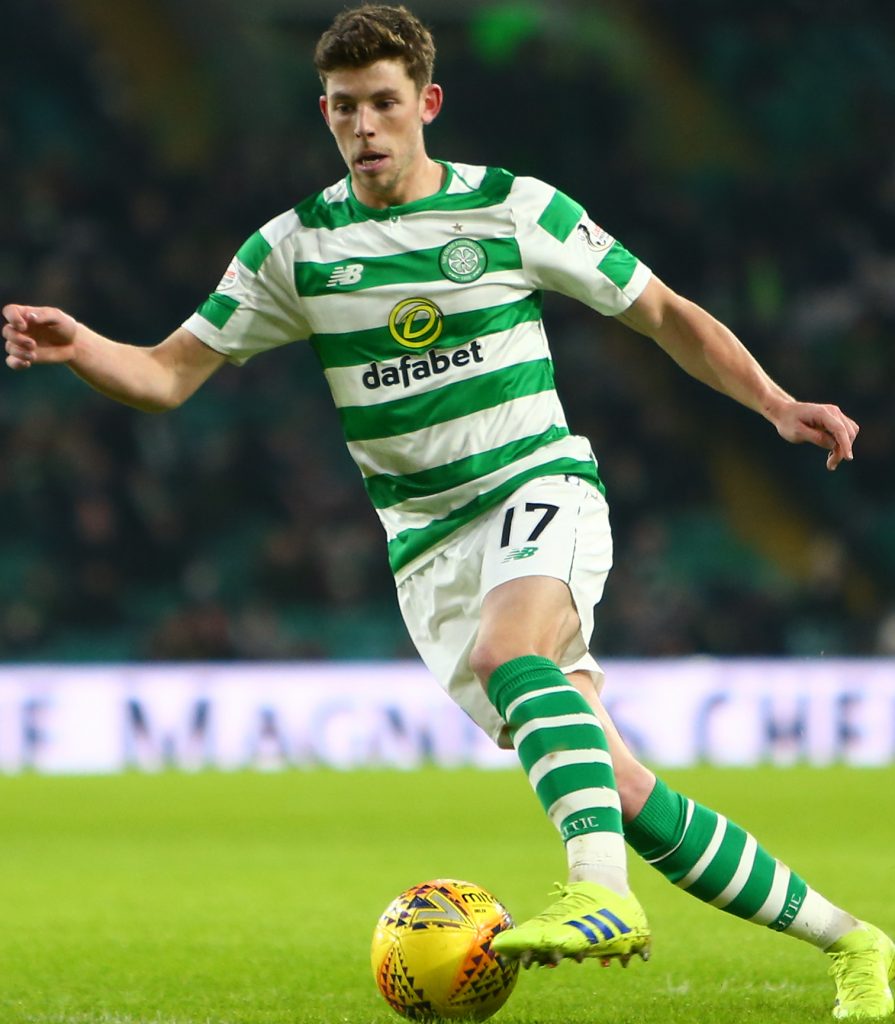 The Hoops completed four successive games in the east end of Glasgow since the turn of the year and have won all of them with 12 goals scored and none conceded.

Celtic play their first away game of 2019 on Sunday when they travel to Perth to play the Saints for the second time in four days and they complete the hat-trick against the same side in the Scottish Cup at Parkhead a week later.

Celtic soared six points clear at the top of the Premiership table with a fairly easy 2-0 victory over St Johnstone.

The Hoops dominated possession in the first half but, barring a Scott Sinclair header which was brilliantly saved by Zander Clark from close range, they failed to trouble the visitors.

In the second though, the league leaders set off with greater pace and purpose and managed to get the two goals they needed within the 10 minutes of the restart. And they were both lovely goals.

Firstly, Callum McGregor fired in a shot low from outside the box giving the keeper no chance and then Christie scored a wonderful solo goal less than two minutes later where his touch took two defenders out the game before he clipped it magnificently over the goalkeeper.

Another positive for Celtic was producing such a stylish performance in front of a player who soon looks set to join the ranks at Parkhead.

Maryan Shved was in attendance to get a look at what awaits him and must have been impressed with what he saw.

Rodgers managed to grab a word with him before the game, and hinted at his plans ahead of deadline day on Thursday.

The boss said: “I think it’s nice for him. I spoke to him before the game and it’s nice for him to come and watch how the team play and how he can fit into it in future. He’s a really good kid, he’s a talent and he’ll go back finish his season with his team and then rejoin us towards the end of the season.

“We’ll hopefully get some work done with ins and outs but we won’t be overly busy.”