Misguided reports – dismissed by CQN as nonsense – insisted the striker had not been in contact with Celtic since Monday.

Griffiths, who withdrew from the Scotland international squad earlier this month to concentrate on his fitness, missed last weekend’s 4-2 Premiership over Hibs with a calf injury and was not included in the travelling pool of players for the Europa League Group B encounter against RB Leipzig in Germany on Thursday.

The attacker watched at home as the champions went down 2-0 to the Bundesliga outfit.

Rodgers, though, shot down the misinformed reports the 28-year-old frontman, who has also been suffering from illness, had failed to keep in regular communication during his enforced absence.

The Hoops boss said emphatically: “It’s all social media. He hasn’t been well. He didn’t go away with the international team, then he got injured and then he has been ill for a number of days now.

“I spoke to Leigh when we trained at Murrayfield during the week to check how he was. He’s been ill, so he’s been kept away from the squad. 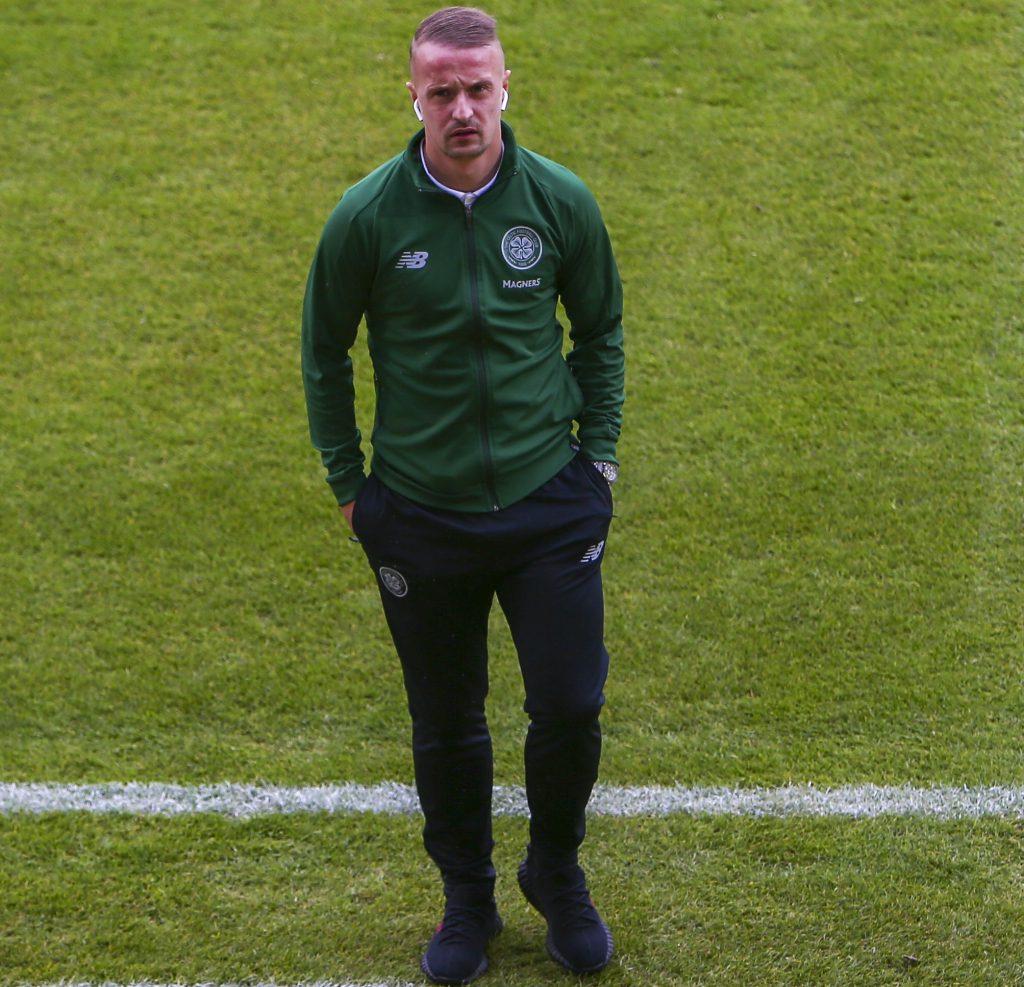 A BHOY ALONE…Leigh Griffiths has been the subject of misinformed social media reports.

“He has been connecting every day with our head physiotherapist, Tim Williamson, and he probably gets about 20 messages a day off him, so there’s no chance you’re not connecting with Leigh.

“We just want to get him fit and back into the squad again. He’s away for some more scans today with Tim.

“So, that’s just the way it is sometimes with social media. There’s always a bit of tittle-tattle which runs and takes its own life with these stories. He’s very much in contact with the club.

“Like all our players, we try to ensure their welfare. That’s of the utmost importance to us, so we can get them on the field to play. He’s obviously had issues and problems through injury and whatever.

“At this time, there’s nothing further to add. He’s unavailable and we continue to monitor it and see where’s he at.”

Griffiths underwent scans on his injury yesterday and will miss tomorrow’s Betfred League Cup semi-final against Hearts at Murrayfield.