BRENDAN RODGERS heaped praise on Bhoy Racer Kieran Tierney after his killer goal in the 2-0 triumph over Aberdeen at Pittodrie this afternoon.

Moussa Dembele had Celtic a goal ahead with his first-half effort before the Hoops were reduced to 10 men 15 minutes from time when Mikael Lustig was red-carded following a foul on former team-mate Gary Mackay-Steven.

However, Tierney completed a classic breakaway in the 83rd minute to take the champions nine points clear at the top of the Premiership. 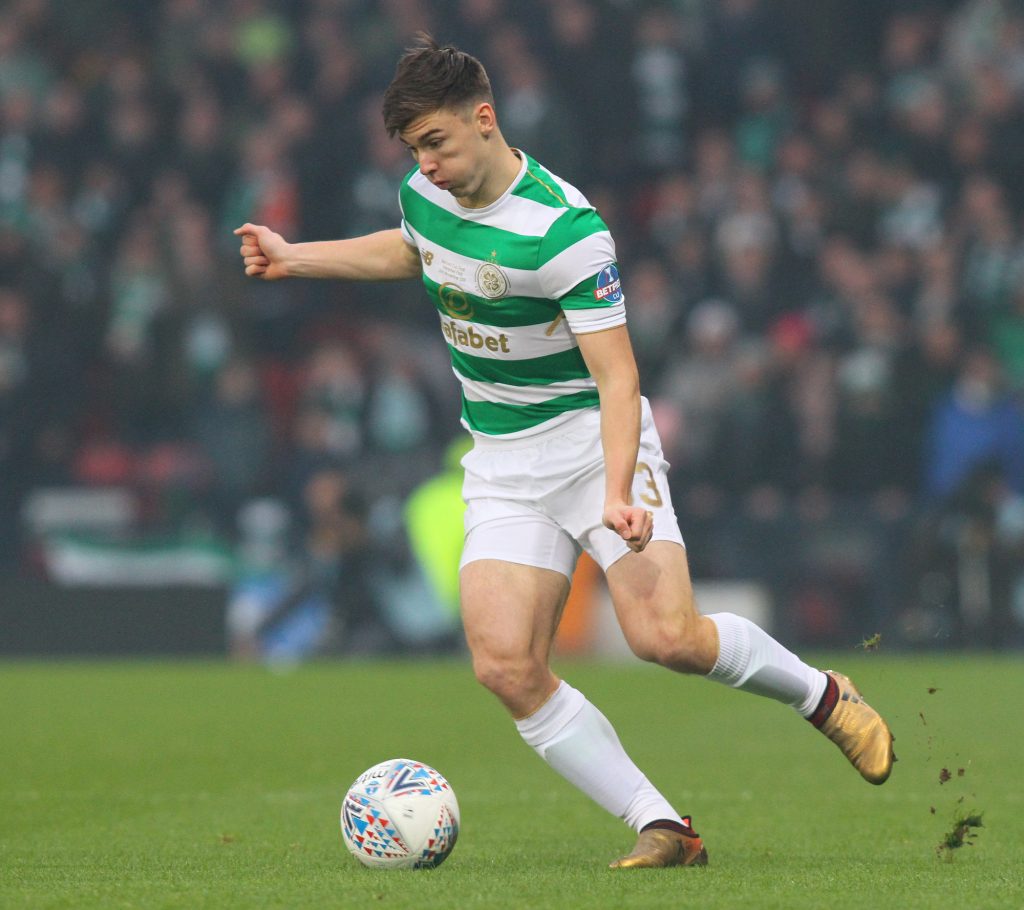 A delighted Rodgers said: “We have a plan when we go down to 10 men.

“We did it before at Hamilton. The players understand the shape of the team when we go down to 10.

“Lots of players would just hook the ball away, but young Odsonne Edouard takes a touch, plays it out and then the speed of the four players breaking forward was great.

“Kieran wins the race – a great pass by Moussa – and he shows why he is the quickest player in our squad. Officially.

“To run so quick and shoot with that power is fantastic.”

Dons substitute Sam Cosgrove, on for Stevie May in the 76th minute to make his debut, was shown a straight red card for a lunge at Scott Brown just after the second goal.

Rodgers claimed his skipper was on the wrong end of a “naughty challenge” by the Dons new boy.

The Irishman added: “It was a brilliant win, 72 hours back from Russia, arguably the toughest place to come away to so soon after that.

“I thought we dealt with everything really well. It was another signpost to where we want to go.”

It was Celtic’s 10th successive win over Aberdeen – nine under Rodgers – and Dons gaffer Derek McInnes said: “We were guilty of a couple of moments of madness.

“Big Sam Cosgrove has got caught up in the game.

“It looked for a me like a red card, I haven’t seen it again, but what I am hearing, it is a red card.

“There has to be that restraint there, as keen as he is to make an impression.
“At 1-0, we had a couple of chances to put the ball in the box and ask the question and Celtic counter on us.

“Not many teams have the quality to punish you, but Celtic do – but when we are taking a set-play, we have to be better when that ball comes out.

“I am not putting the blame on anybody, but we slit our own throat in terms of the second goal.”