BRENDAN RODGERS has six days to beat the clock and sign four quality players before the transfer window slams shut.

However, Rodgers did manage to secure the £9million arrival of French striker Odsonne Edouard following his impressive loan campaign from Paris Saint-Germain.

The Hoops gaffer insisted on day one of pre-season he wanted three or four “quality” additions and has claimed nothing has changed two months ago.

Rodgers is now planning ahead for three crucial successive games in the east end of Glasgow – Hamilton Accies tomorrow, FK Suduva in the return Europa League qualifier on Thursday’s after the first leg 1-1 draw and the visit of Steven Gerrard’s Ibrox outfit three days later.

The champions’ chief is STILL hoping squad reinforcements are on the way. 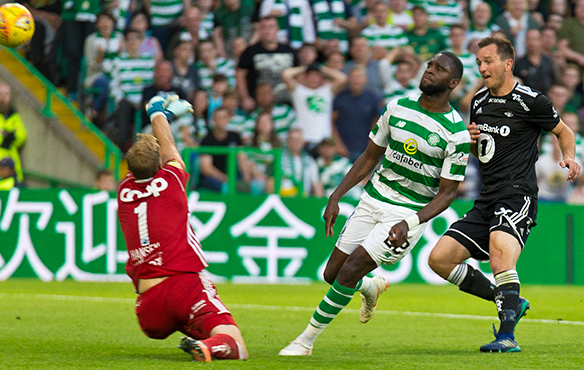 GOALDEN BHOY…Odsonne Edouard proves his worth with lob against Rosenborg.

He said: “Well, the targets I wanted are gone. Two of the three. The third one being Odsonne Edouard. He was one we wanted to make.

“But the two other ones are gone. So, it’s now looking at the necessary quality to come in and help the group.”

Asked if he was still targeting three or four players, Rodgers replied: “Absolutely. There’s no change. I’ve been pretty clear what we need since the end of last season.

“So, this year wasn’t a huge overhaul. It was about simplicity in one thing, which is quality.

‘There is a lot of talk around all the transfers, but it’s always been very clear what we needed.

“You need to replace what you lose in order to keep that strength – and that competition.”

Goalkeeper Scott Bain, signed on freedom of contract after quitting Dundee, and Emilio Izaguirre, returning after his 12-month exile in Saudia Arabia, are the only two other summer signings alongside Edouard. 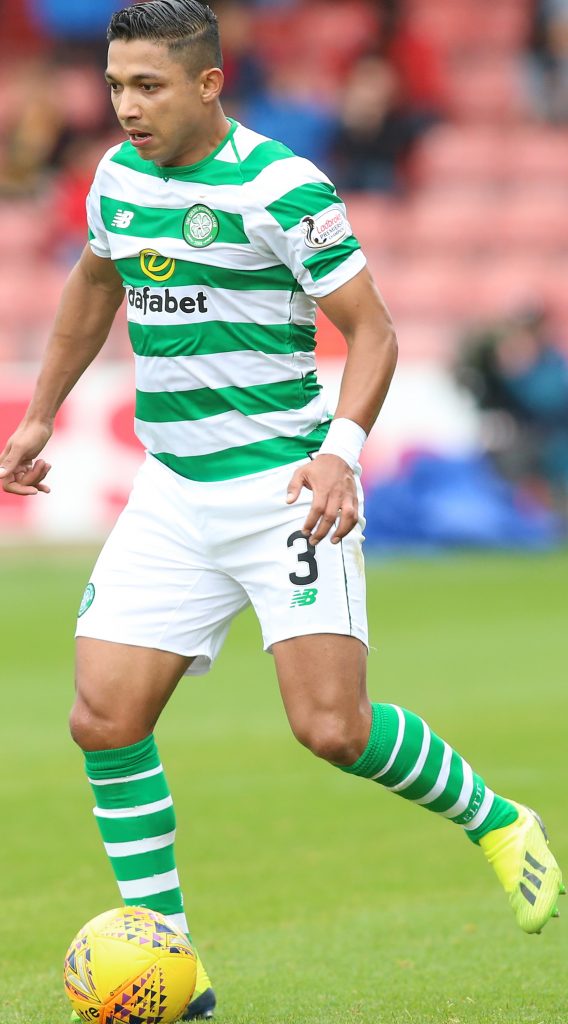 Stuart Armstrong and Erik Sviatchenko have left the champions in exchange for £8.2million in transfer fees and they could be joined through the Parkhead exit by no-show Dedryck Boyata, who is a target for Galatasaray and Fenerbahce, according to the Turkish media, with Sevilla also in the frame.

Rodgers said: “It was important for us this summer to retain the players we wanted to keep.

“We still have work to do in the transfer market to give the group some strength and depth.

“The club doesn’t need to sell. We’ve been in a very good position, financially, over the past couple of years and that probably eases the pressure of having to do that.”

However, the race is now on with the clock ticking down for the champions to step up their recruitment surge before the close of play on Friday evening.