Celtic Quick News on News Now
You are at:Home»Latest News»‘RODGERS STILL HAS WORK TO DO,’ STRACHAN
By CQN Magazine on 2nd March 2018 Latest News

FORMER Celtic boss Gordon Strachan insists Brendan Rodgers still has work to do at Parkhead and should only leave for a “heck of a job”.

The ex-Hoops gaffer guided the team to the knock-out stages of the Champions League during his time with the team, something the Irishman is yet to achieve.

Rodgers led the club to an undefeated domestic season in the last campaign and he has been linked with the Arsenal job with long-serving Arsene Wenger under mounting pressure.

However, Strachan still reckons there is more the former Liverpool chief can achieve before he moves on from the club.

The ex-Scotland international manager said: “He’s not done all he can. 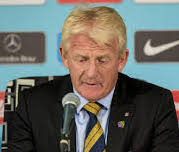 “If you are leaving Celtic, it has to be for a heck of a job, when you’ve got a chance to continue the success he’s enjoying at the moment.

“They’re in the Champions League, that’s the big bonus. I’m sure he wants to say: ‘We’ve not qualified yet, I want to qualify and play the real big boys of the competition’.

“That’s what Celtic gives you. Okay, there are some games that are kind of academic, but you get on with it, you win.

“Does he want to give it up? I don’t know about that.”