BRENDAN RODGERS has revealed there will be ” a decision to make” if Everton confirm a £25million bid for Kieran Tierney.

The Celtic boss reluctantly admitted he can’t guarantee keeping the 21-year-old defender if an astronomical offer comes in.

New Goodison gaffer Marco Silva has reportedly identified the Hoops fans’ favourite as a long-term successor to Leighton Baines who left at the end of the season.

Tierney signed a six-year deal with the champions in October and Rodgers insisted there has been no concrete move at this stage, but he also there could be a dilemma if a firm offer is made with wages of £60,000-per-week also being mentioned as part of the package.

He said: “It will be down to the club in the end. If an astronomical fee comes in for a player and he has wages to match that, the transfer window can dictate he may have to go.

“Of course, we would love and we want to keep our players. Ideally, they wouldn’t go, but I can never say realistically that everyone will definitely stay because the club may get an offer they can’t refuse.

“In terms of development, it’s great for Kieran. He’s happy and loves being at Celtic.

“He can only wait and, if at some point something concrete comes in, then he may along with the club have a decision to make and that’s what it’ll be. 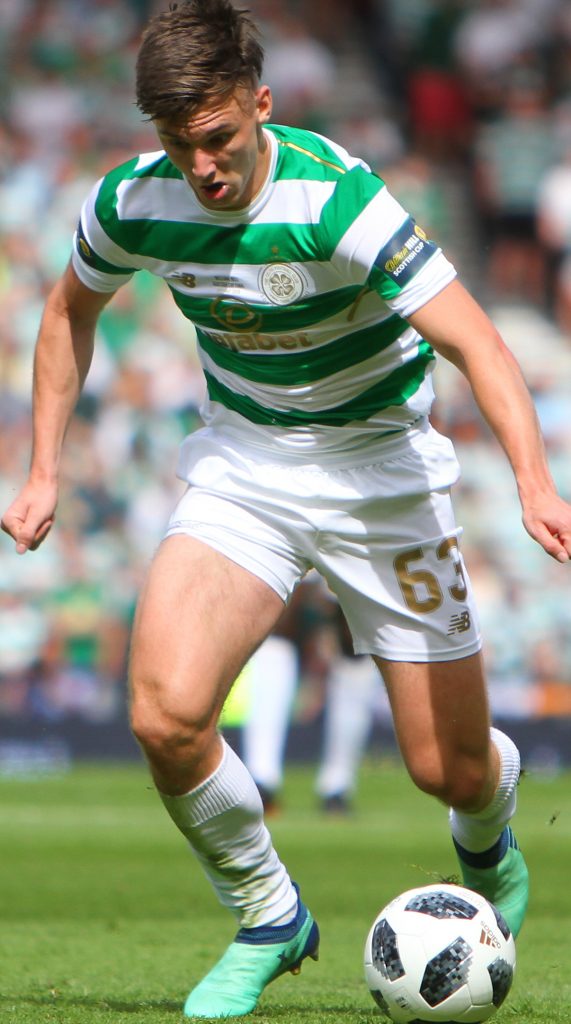 “I’ll always give him advice, but, ultimately, it’ll then be down to him and the club.”

Asked if it would be better for Tierney to stay at Celtic at this stage of his career, Rodgers answered: “Yeah, but I’ve also worked in the Premier League and I know the development he could have there.

“That is always going to be the difficult one for Kieran because he genuinely is Celtic-daft.

“You see his passion and love, but football is a harsh business. It’s a business where the career is very short and if he can go and earn four or five times the money he’s on at Celtic then who am I to say not to do it?

“I want to develop Kieran the best I possibly can with the coaches and make him the best he can be, but there’s also a moral side to it as well and how can you deny a boy that?

“If he’s leaves Celtic, he’ll only be going to a top-class club.

“Of course, I would want him to be here for as long as I am here, but my job is to maximise the talent and make and all of the players the best they can be.

“There’s no question he’s a really hungry player who will get better and better.

“To stay at Celtic would be brilliant for him and he will improve again.

“But I can’t deny that, if he’s playing at that Premier League level week in and week out, that wouldn’t improve him also and make him better.

“The most important thing is he loves it at Celtic, he’s playing and contributing at a very high level.

“He’s judged on a standard at Celtic which is very high and he’s coping with that, so until something concrete comes in, I don’t have to think about it.”