Celtic Quick News on News Now
You are at:Home»Latest News»RODGERS WINS HIS FIRST EURO BATTLE
By CQN Magazine on 27th May 2016 Latest News
NEW Celtic boss Brendan Rodgers is poised to win the battle to free Paddy Roberts to play in the Champions League.

The on-loan Manchester City winger, who has another season to go on his deal at the Hoops, was wanted by England for the Under-19 European Championships in Germany.

But the tournament clashes with the Parkhead side’s opening round of the qualifiers for Europe’s elite club competition. 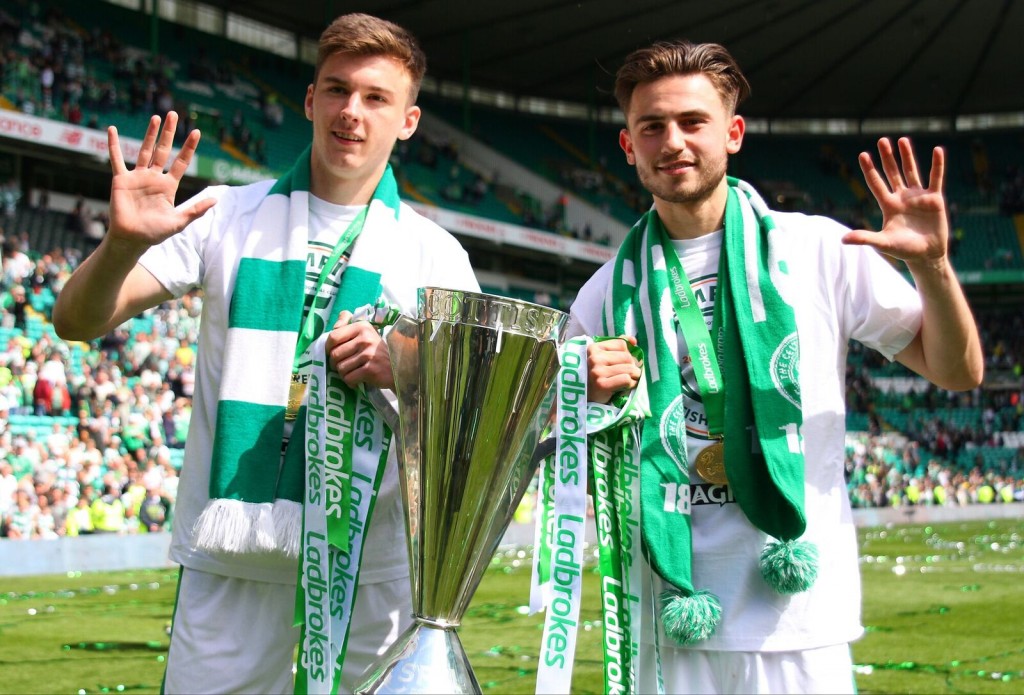 Rodgers joined the fight to have the fans’ favourite available and it looks as though the club will win the day.

England’s head coach Aidy Boothroyd planned to take Roberts after he played a key role in the qualification campaign, which included knocking out holders Spain. They are due to play Holland, Croatia and France in the group stage of the Euros – at the same time as the opening two ties of Celtic’s Champions League bid.

The FA agreed to leave Roberts out of the 24-man squad for next week’s warm-up double-header against Mexico. Boothroyd will finalise his plans during the Central America trip and, barring a late injury crisis or sudden change of heart, Roberts will also be omitted for the tournament to let him play for the five-in-a-row champions.

Rodgers will call his squad together for pre-season in the final week of June and having Roberts available will provide a boost as he plots to take the club back to the group stages of the Champions League.
Paddy Roberts, who scored six goals in 14 appearances, said: “I’ve always wanted to get into the Champions League and play.

“It’s a big ambition of mine and Celtic haven’t been there for the last couple of years. To get back there would be great for the club and unbelievable for me.”

———————————–
Have you ordered Charlie Gallagher? What a Player!, the brilliant new book from CQN? You will get a signed copy and a FREE copy of The Winds of Change with your order. Just order Charlie’s book HERE and we’ll do the rest.