BRENDAN RODGERS will refuse to “stockpile players” as this month’s transfer window draws to a close.

Rodgers has also been linked with a couple of right-backs as he searches for a long-term replacement for Swedish international Mikael Lustig, who is out of contract in the summer.

The Irishman, who is preparing his team for this evening’s visit of St Mirren on Premiership business, said: “They have to really be able to make a genuine difference.

“If you’re not spending maybe a lot of money on that, then you always have to be careful that you just don’t stockpile players. I’m always conscious of that. You’ll always wait for quality.

“We know we have areas that we want to improve on in the team, but we can only do that with players that will actually make us better.”

Rodgers confirmed Chicago FC United full-back Andrew Gutman has been “working with the reserve team”, with the American featuring in a Celtic XI that lost to Arbroath in a friendly at the weekend.

Asked about a possible move for Porto right-back Fernando Fonseca, the Hoops gaffer answered: “I’ve got nothing to say on any players.” 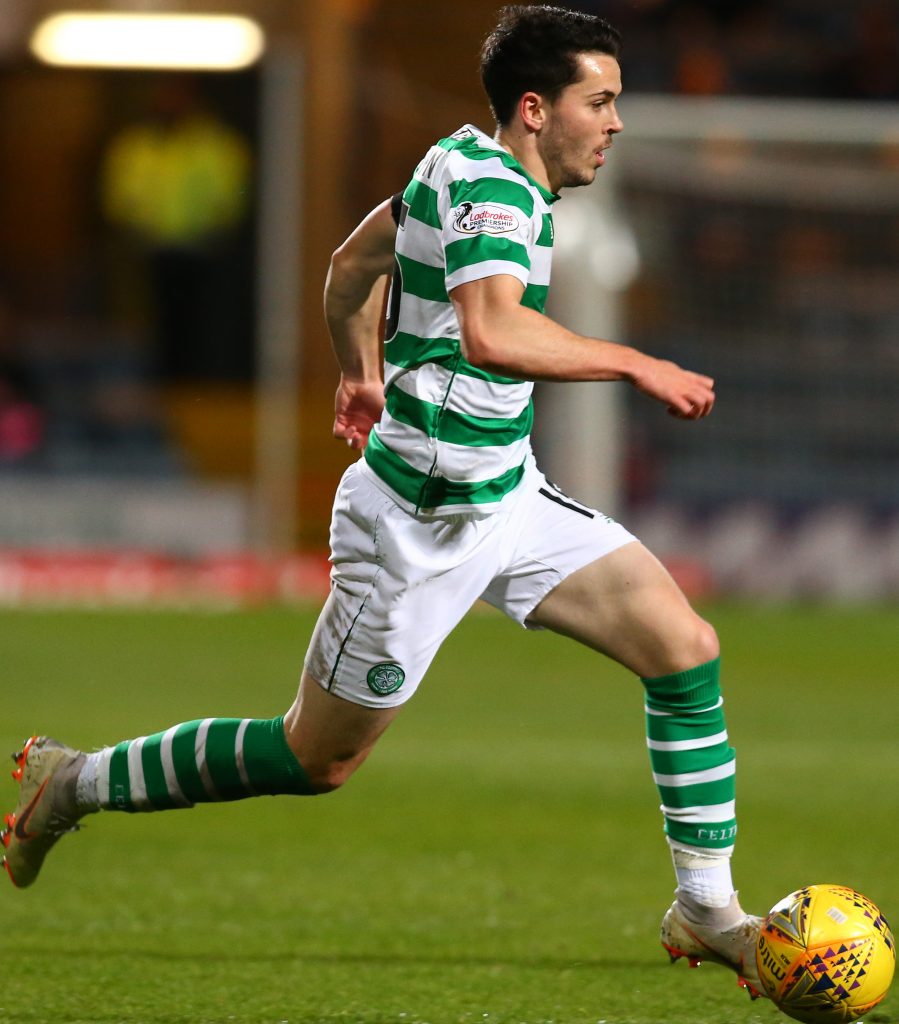 ON THE MOVE…Lewis Morgan could be a target for Nottingham Forest boss Martin O’Neill. Pic: Geo.

However, Rodgers admitted there had “been interest” in defender Jack Hendry and winger Lewis Morgan, who could go out on loan before the transfer window comes to an end.

The former St Mirren forward has already been linked with ex-Celtic manager Martin O’Neill who has taken over at Nottingham Forest.

Striker Odsonne Edouard has returned to training, but is unlikely to feature against St Mirren this evening while his fellow-Frenchman Olivier Ntcham is expected back in training next week.

Right-back Tony Ralston sustained an ankle injury in Saturday’s 3-0 Scottish Cup win over Airdrie and is to have a scan while Rodgers says there’s no timescale on left-back Kieran Tierney’s hip problem and is unsure whether the Scotland international will require surgery.

“He’s a really tough boy, Kieran, as well as an outstanding player, so you know that when he can’t play because of the pain then you know that’s for real.”