TOM ROGIC has admitted he will take nothing for granted despite his superb form this season.

The classy midfielder, poised to play in Australia’s forthcoming double-header, believes he is now over the persistent groin injury that jeopardised his first three years at Parkhead.

Rogic had just five starts at the Hoops during that period following his move from Central Coast Mariners in January 2013.

The 23-year-old playmaker has already made 11 appearances and scored six goals during the Brendan Rodgers revolution. 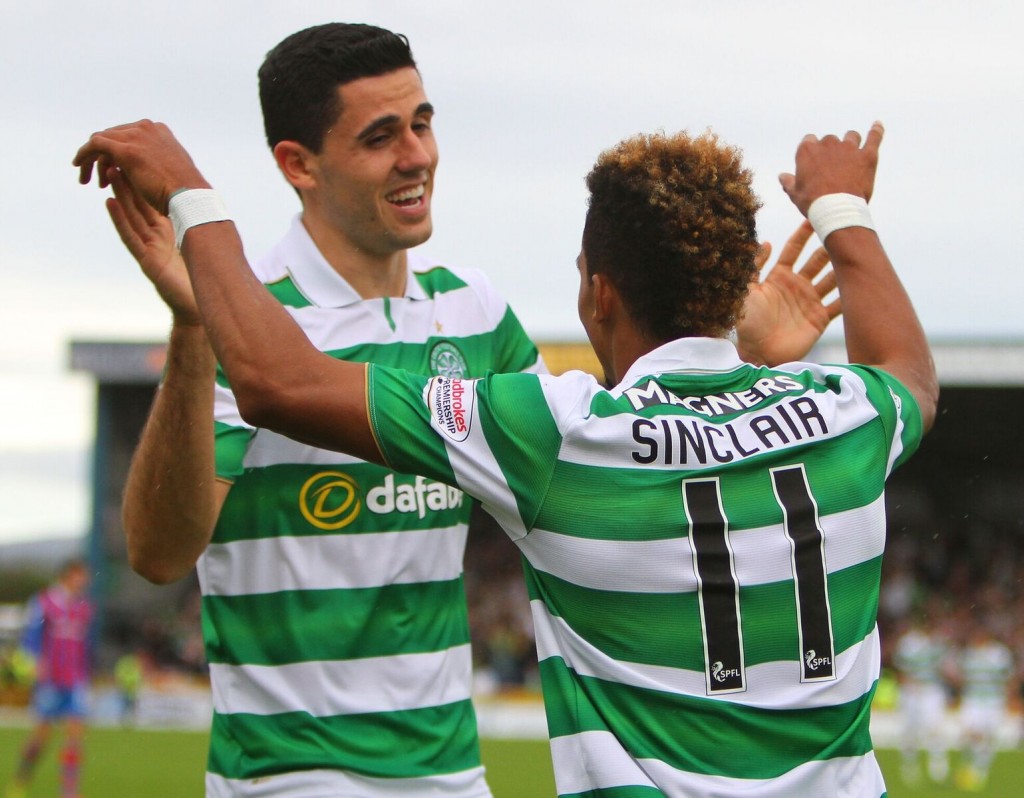 He said: “I’m in good nick which is necessary given the amount of games we have and the they just don’t stop. It’s a crazy schedule.

“Celtic will play 60-odd games this season, so you have to be ready.

“The way the manager has us playing with high intensity and pressing, there’s a lot of hard work that goes into each training session and match.

“When any manager comes in, it’s going to take him a bit of time to come to terms with the squad, how he wants to play and who he wants to use.

“Fortunately, I’m now in the team, but things can change quickly.

“It’s been really good so far, positive for the whole club and, personally, I’m feeling that working under the manager I can only get better.’’

Rogic has made five appearances in the Champions League qualifiers and group stages and set up Kieran Tierney for the shot that led to the second goal in the dramatic 3-3 draw with Manchester City last week.

He said: “Nights like that are why you want to be a footballer and the atmosphere we have at home is hard to describe.

“It was a bit of a crazy game. Exciting to watch for the neutral, the atmosphere was unbelievable, but disappointing we couldn’t get the win after going ahead three times.

“I’m happy at the club, certainly happy I re-signed for three years and I’m settled not just football-wise, but off the pitch, too.’’

He added: “It’s a similar feel to the club, the managers are a bit similar in ways.

“Both are quite positive and intense to work under. The way it crosses over, it’s good for me to have that similar mindset going into both.’’

Rogic is poised to travel with the Socceroos for their World Cup qualifier in Saudia Arabia on Friday and the Aussies then take on Japan in Melbourne four days later.