Celtic Quick News on News Now
You are at:Home»Latest News»ROGIC AIMS TO MAKE UP FOR BRAZIL HEARTBREAK
By CQN Magazine on 16th November 2017 Latest News

TOM ROGIC is aiming to revel in the World Cup Finals in Russia – and make up for the heartbreak of Brazil 2014.

The Celtic midfielder, a stand-out in Australia’s 3-1 play-off triumph over Honduras in Sidney yesterday, missed the South American extravaganza when injury ruled him out of Ange Postecoglou’s travelling squad.

After a goalless first leg, the Aussies finished the job in front of 77,000 fans with Rogic playing a major role and Mile Jedinak claiming a second-half hat-trick, two from the penalty spot.

Rogic, the Hoops’ stoppage-time Scottish Cup Final winner in May, is now looking forward to Russia next summer. 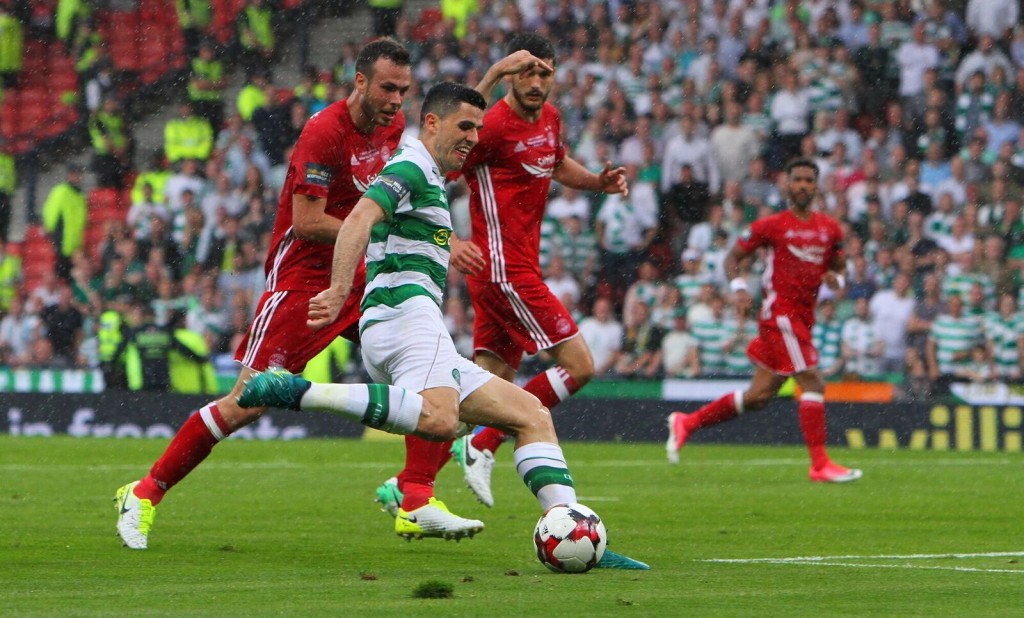 He said: “Obviously, I missed the last one through injury, but that seems like a world away now.

“I’m really proud to represent my country in front of my family and friends. Now I have a World Cup to look forward to.”

When asked about the 22-game qualification campaign, Rogic replied: “It’s been long and very hard.

“The players are situated all around the world. You have that pride of representing the whole of Australia. It’s hard to put into words.

“I feel we got nothing less than we deserve.

“We got our rewards,” Tom said.