Celtic Quick News on News Now
You are at:Home»Latest News»ROGIC AND THE PERFECT TEN
By CQN Magazine on 8th September 2021 Latest News

TOM ROGIC put in a full 90-minute shift as Australia made history with their tenth successive win as they overcame Vietnam 1-0 in Hanoi last night.

The born-again Bhoy, rejuvenated under his former international boss Ange Postecoglou, was “sucking in some big ones”, according to Aussie TV commentators as his nation clung on for a World Cup qualifying victory.

The Celtic playmaker was instrumental in the Socceroos’ ‘Perfect Ten’ as Rhyan Grant claimed a tense encounter’s only goal with a header just before the interval. 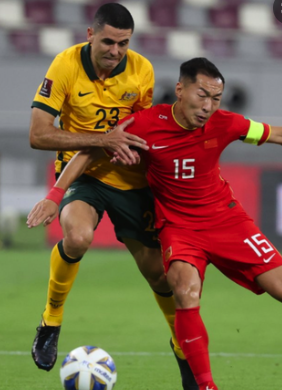 SHOVE OFF…Tom Rogic challenges a Vietnamese opponent for the ball. 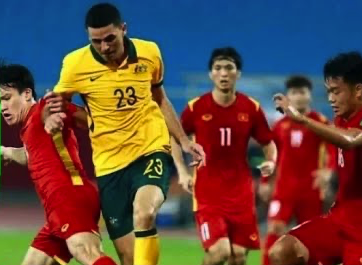 OUTNUMBERED…Tom Rogic in the thick of the action.

Rogic came through unscathed following his second international outing in three days after playing for the most of the 3-0 weekend success over China who lost 1-0 to Kyogo Furuhashi’s Japan last night.

The Aussies are not top of their group with six points and their only scare against the Vietnamese came when keeper Maty Ryan, linked with the Hoops in the summer, failed to connect properly with an intended clearance as he raced from his goal to deal with a through ball. However, the home side failed to capitalise on his error.

One-time Celtic prospect Jackson Irvine, now with German outfit St Pauli, dovetailed perfectly with Rogic in the middle of the park for the entire encounter.

Now the 28-year-old middle-of-the-park performer can switch his attention from the World Cup back to the Premiership when Postecoglou’s side take on Ross County at Parkhead on Saturday.