Celtic Quick News on News Now
You are at:Home»Football Matters»‘ROGIC CAN GO UP A GEAR,’ RODGERS
By CQN Magazine on 7th October 2016 Football Matters
HARD to please Celtic boss Brendan Rodgers believes Tom Rogic still has much more to offer the champions.
The Aussie midfielder is on international duty against Saudia Arabia and Japan over the next few days and has admitted his delight at extending his Parkhead deal by a further three years. 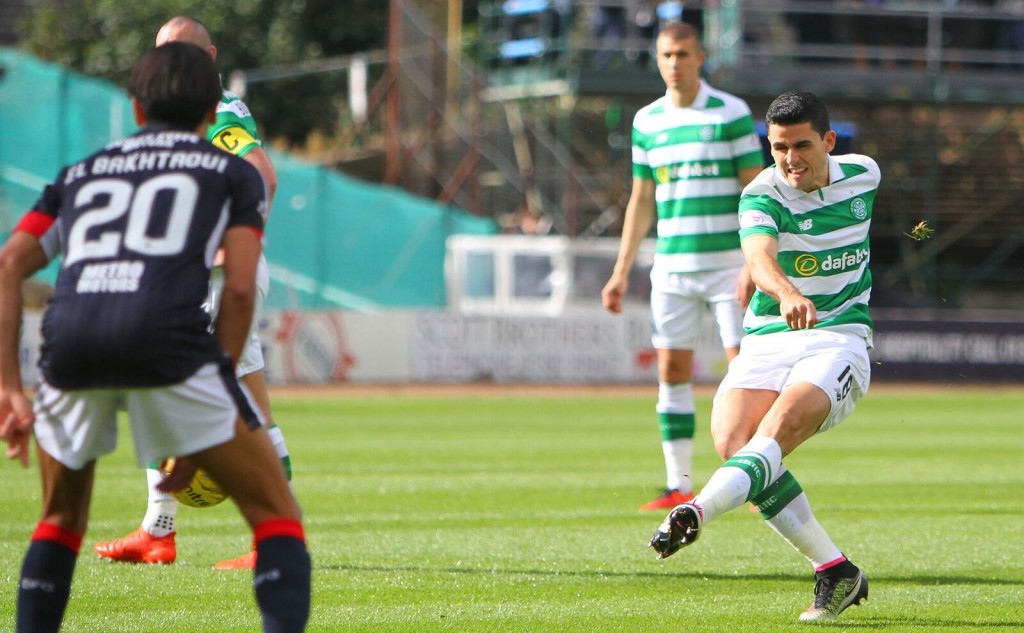 The 23-year-old playmaker has made an impressive start to the campaign, but Rodgers reckons Rogic can still go up a gear.

Rogic started last week’s thrilling 3-3 Champions League draw against Manchester City, but was substituted before the hour mark by Stuart Armstrong. With a question mark over his long-term fitness because of the length of time he was sidelined with injuries, Rodgers is wary of over-using the player.

He said: “That experience will really have helped him in his thinking. He is a very talented player, Tom, and I also have to bear in my mind that he spent a few years out of the game.

“But there can be little doubt he is a big talent.”