Celtic Quick News on News Now
You are at:Home»Latest News»ROGIC EXIT: ‘SAD’ AND ‘PROUD’
By CQN Magazine on 13th May 2022 Latest News

TOM ROGIC will leave Celtic after the title party at Parkhead tomorrow afternoon following the final Premiership outing of the season.

The classy Australian playmaker will say his farewells at the same time as Israel international Nir Bitton.

The news of Rogic’s move will surprise the Hoops support after his best season at the club in recent times as he responded to the appointment of his former international manager Ange Postecoglou in the summer.

The 29-year-old midfielder, speaking to the club website, said: “I want to sincerely thank everyone at the club and all our supporters for everything that has been given to me while I have been at Celtic.

“It has been a phenomenal journey, with some magical moments – it has been an honour to be a part of this experience. 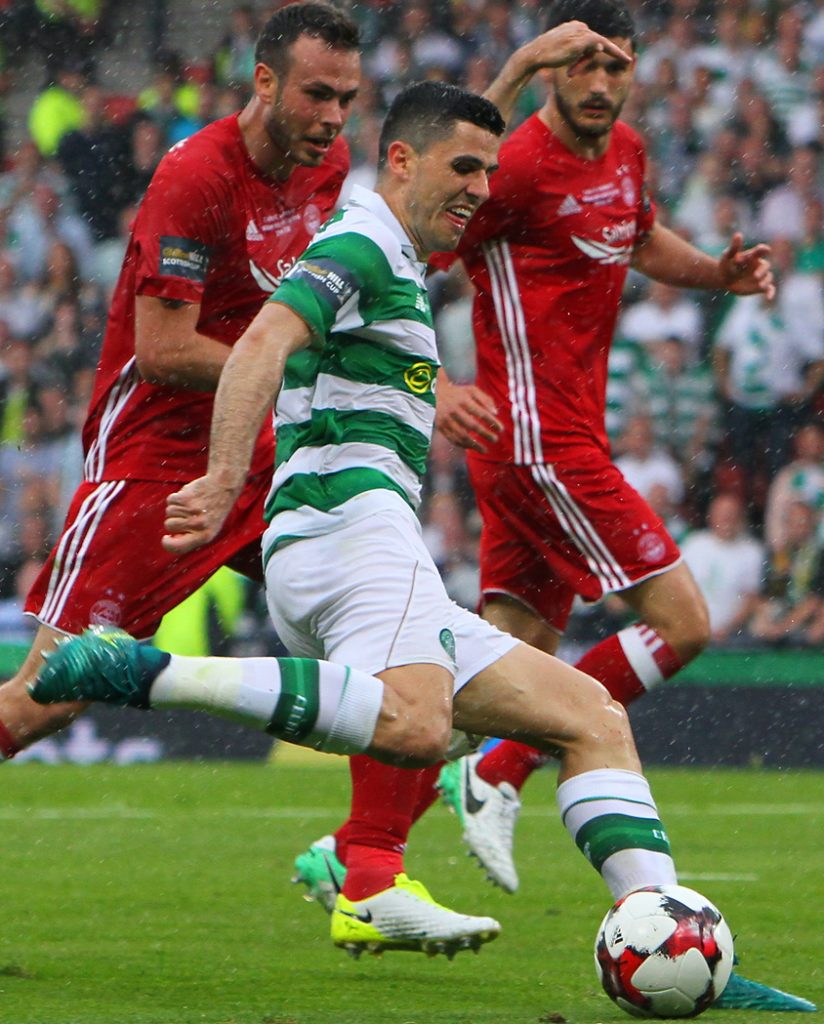 INVINCIBLE…Tom Rogic is about to apply the killer touch to score the Scottish Cup winner against Aberdeen to seal an unforgettable Hampden triumph in May 2017. Happy days!

“It has been a privilege to play for the Celtic supporters, the best in football I have ever experienced and the great times I have been part of will stay with me forever.

“While I am so sad to leave, I feel so proud to be part of a team that has delivered the title again for our fans.

“The club is in a great position and I know the manager will take the club on and deliver more and more success.

“Celtic will always be in my heart and part of my life and I wish the club and our fans nothing but success for the future.”

Rogic will forever be remembered for his part in the mesmerising and memorable Invincible season when he scored the late winner in the Scottish Cup Final against Aberdeen at Hampden in May 2017.

It was a typical piece of sorcery by the skilful performer as he picked up pass and meandred forward with his usual loping stride before easing away from two desperate defenders and slotting the ball between bewildered Dons keeper Joe Lewis and his near post.

Memories are made of such breathtaking spontaneity.

CQN would like to thank Tom Rogic for those sort of moments.