THE Tom Rogic influence is being seen at Parkhead with another of Australia’s top youngsters poised to sign for Celtic.

Manchester United are also interested in teenage striker Stefan Nikolic, who plays for Blacktown City in Western Sydney, but he looks close to agreeing a switch to Brendan Rodgers’ men.

According to reports in his homeland, the forward, who is just 15 and has scored 36 goals in just 25 matches in 2018, is heading for the Hoops.

The previous season, in the Under-14s league, he claimed a staggering 45 goals in 30 outings.

It is claimed Nikolic has already undergone a medical with the Parkhead outfit last year and now looks set to seal a deal. 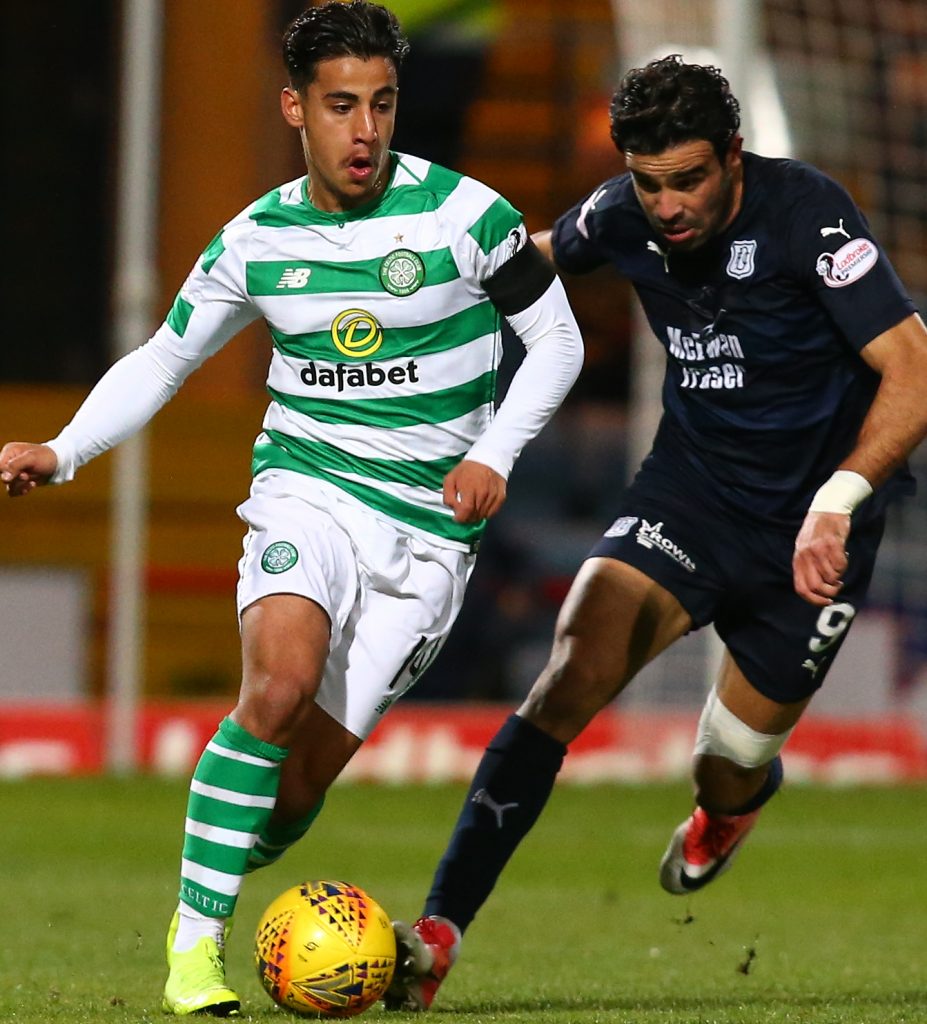 ON THE RUN…Daniel Arzani shows his skills before his injury against Dundee in October. Pic: Geo.

Aussie World Cup winger Daniel Arzani admitted international team-mate Rogic’s performances at the Scottish champions were a factor in him leaving Manchester City on a two-season loan in the summer.

Unfortunately, the winger was injured during his debut as a second-half substitute in the 5-0 win over Dundee at Dens Park in October and has been ruled out for the remainder of the campaign.

Rogic is due to return to Celtic when his international duties for his nation in the Asian Cup come to an end next month.