TOM ROGIC’S participation in the 4-0 victory over Ross County at Parkhead yesterday came to a shuddering halt after a dreadful assault from defender Kayne Ramsay.

The Hoops were coasting three goals ahead by the 33rd minute – with Giorgos Giakoumakis on his way to a hat-trick and Daizen Maeda also on the scoresheet – when the playmaker was left in a heap following a wayward challenge from his opponent.

Referee Don Robertson didn’t hesitate as he flashed the red card at Ramsay who couldn’t have much complaint about the decision.

Rogic limped off with an ankle injury to be replaced by Matt O’Riley as Ange Postecoglou’s side moved six points ahead in the pursuit of the club’s tenth title in 11 years with seven games to play. 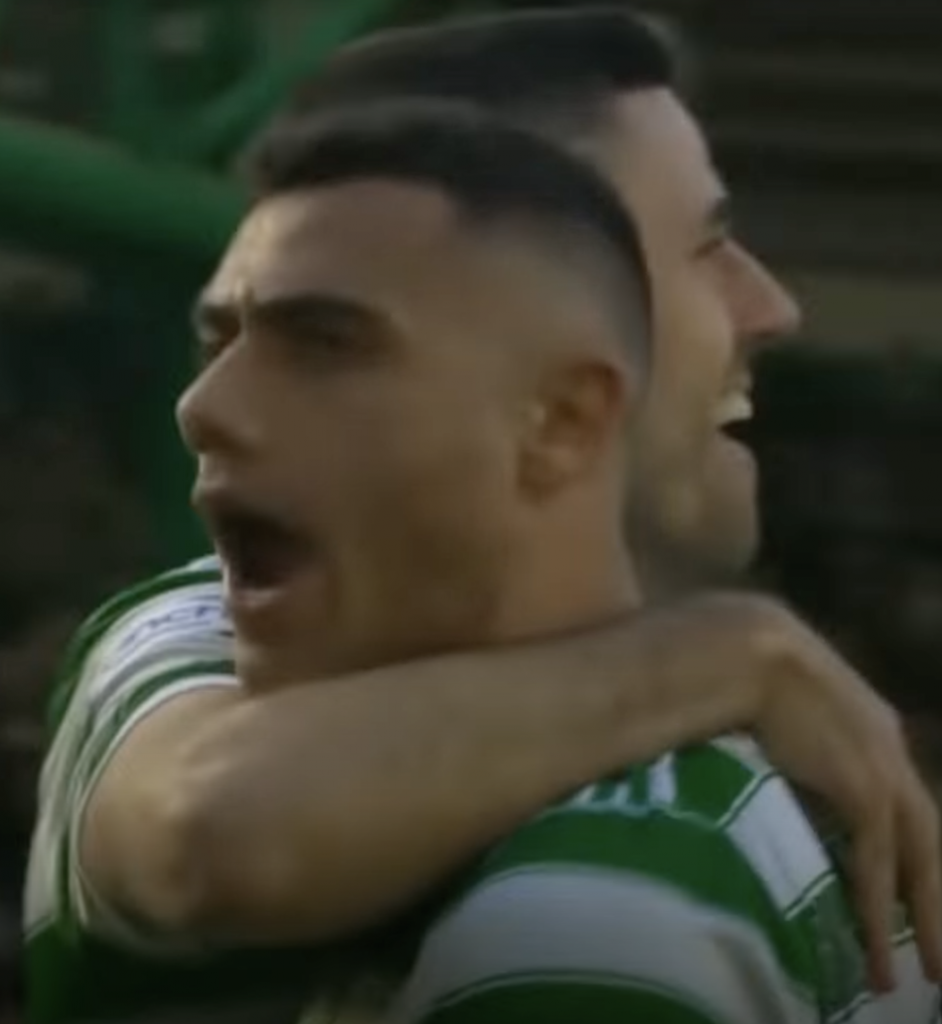 ECSTASY BEFORE THE AGONY…Tom Rogic congratulates Giorgos Giakoumakis on the first of his hat-trick against Ross County.

The midfielder is now a massive doubt for Australia as they prepare for their two crucials World Cup qualifiers, the first at home against Japan – with Maeda and Reo Hatate in opposition – on Thursday and then in Saudi Arabia on Wednesday.

Postecoglou, speaking to the Sunday Express, admitted: “Tom’s a bit sore. Hopefully, it’s not too bad and now he’s away with the national team.

“He got a knock on his ankle and it isn’t great, but we got the ice on him at half-time and we seem to think it isn’t too bad.”

That will be heartening news for the Aussies with the stylish Hoops ace enjoying his best season in years under the guidance of his former international boss.