TOM ROGIC is poised for a sensational reunion with Neil Lennon in Cyprus.

The Australian international playmaker has been without a club since kicking his last ball for Celtic in his emotional farewell in the 6-0 victory over Motherwell at a rocking Parkhead on May 14.

It brought an end to a wonderful nine and a half year career at the Hoops after first being introduced to the club by Lennon when he arrived as a teenager from Central Coast Mariners on January 2012. 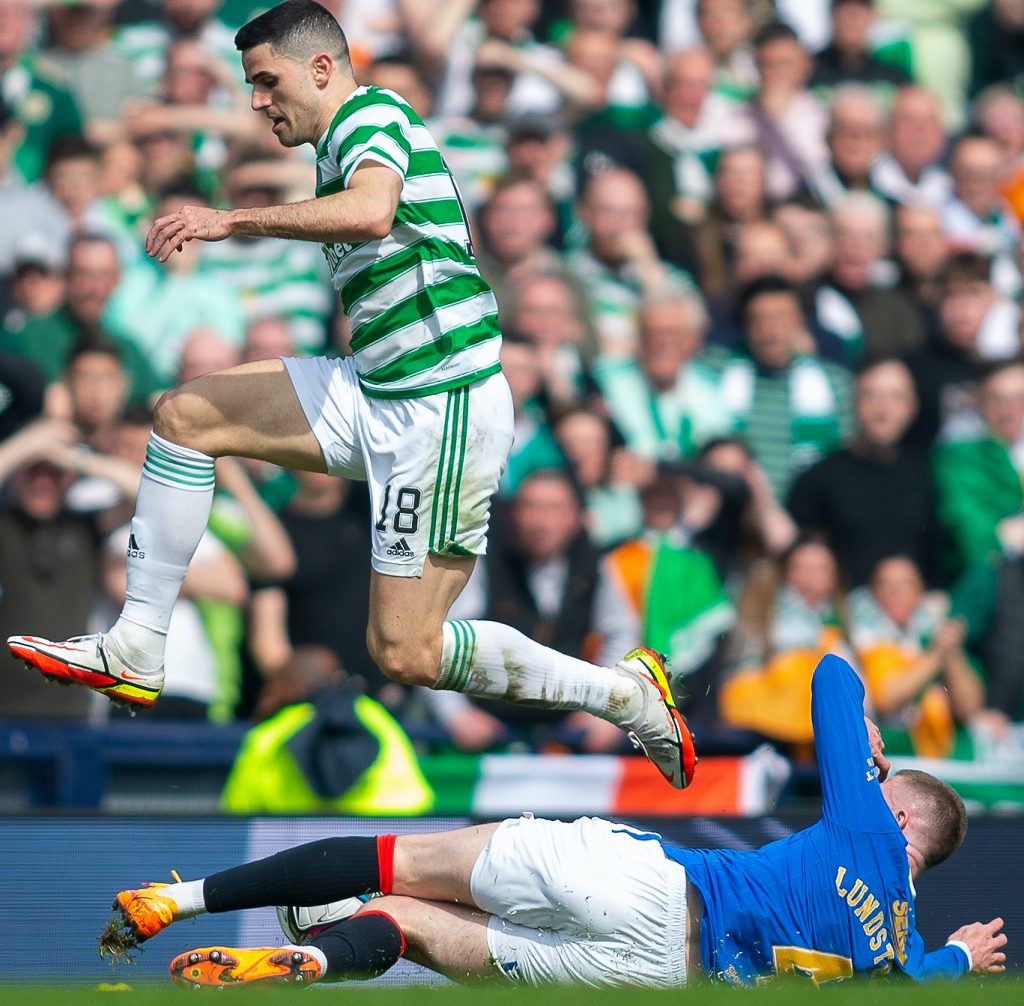 OVER AND OUT…Tom Rogic hurdles a slide challenge from the lunging John Lundstram.

Now the pair could get together again at Omonia Nicosia, according to a report in the Cypriot media.

It has been claimed the 29-year-old international midfielder is already in the country to negotiate a move to Lenny’s new club and is said to be “close” to agreeing a deal.

The former Hoops manager, who left the club in February last year to end two stints in the Parkhead dug-out, has already signed ex-Celtic right-back Adam Matthews who was released by Charlton at the end of the season.