TOM ROGIC’S name has been missing from the 30 players utilised by Ange Postecoglou in his two pre-season friendlies against Sheffield Wednesday and Charlton in Wales.

But there are hopes the elegant midfielder could get the nod from his former Australian international manager to get some game time against Bristol City on Wednesday night.

Twenty-eight-year-old Rogic has been photographed going through routines with his team-mates during the club’s pre-season training camp at Newport.

However, the popular Hoops star has yet to make an appearance in the two closed-door encounters against the English third tier clubs over the past five days. 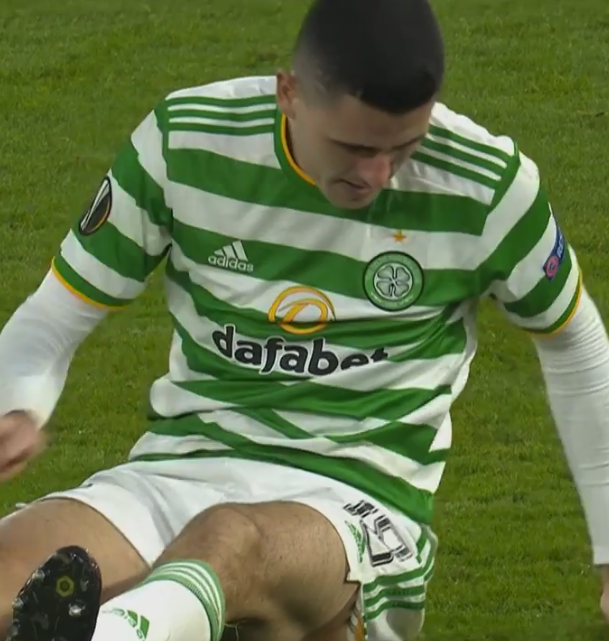 DOWN AND OUT…Tom Rogic is decked after a hefty challenge during a season of pain for the Aussie midfielder.

The mystery was cleared up by Postecoglou when he was asked about an up-to-date injury situation following the 2-1 win over Charlton on Saturday where wantaway centre-back Kristoffer Ajer was an absentee. The new gaffer told the media:“Kris wasn’t 100% fit, same with Tommy Rogic. We will hopefully get some game time into them on Wednesday.”

Rogic has been a bit-part player at the Parkhead side over the past couple of years as he slumped down the pecking order.

It looked as though he was destined for a move to Qatar this time last year, but the Aussie changed his mind and insisted he wanted to remain in Glasgow and fight for a regular place in Neil Lennon’s line-up.

Instead, though, he made a meagre 11 Premiership starts, scored one goal – against St Mirren in the 4-0 win at Paisley in February – and couldn’t make cerateker gaffer John Kennedy’s squad as the season limped to a sad conclusion.

Rogic, who still has two years of his contract to run, must be hoping for a change of fortune with a change of gaffer. 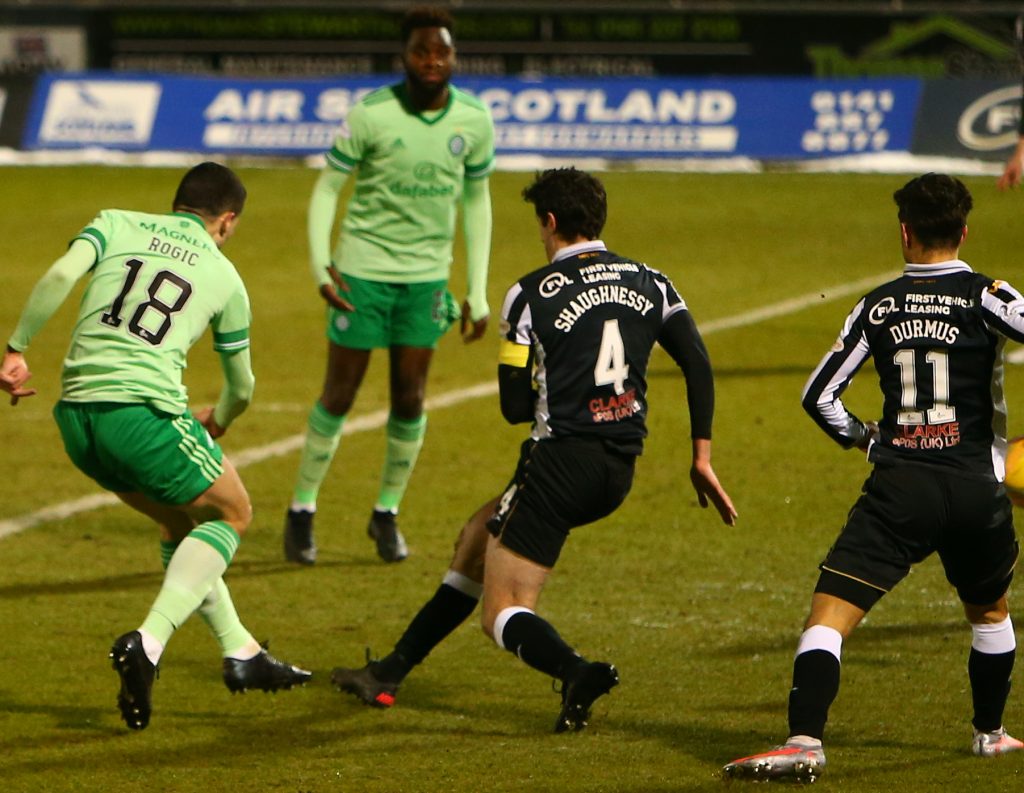 THE ONE AND ONLY…Tom Rogic scores his solitary goal last season in the 4-0 win over St Mirren in February.

Postecoglou, speaking at his first media conference as reported in CQN last month, said: “Obviously, I know Tommy very well. I had him in the national team when I was manager. He’s an extremely talented player. He’s one of those players people are happy to pay to watch because he can turn ordinary moments into something special.

“My understanding is that he’s had some problems, particularly with his body, over the last period. I think that’s probably been his biggest challenge, even when I had him in the national team, consistently trying to get him to a certain level from his body point of view.

“I haven’t had a good chat with him yet, so I’ll certainly be doing that with him and the rest of the players. Does he fit into the style of football I want to play? Absolutely.” 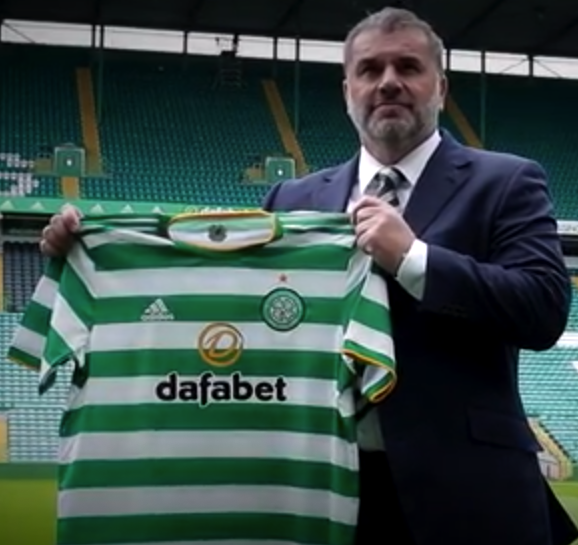 PARADISE…Ange Postecoglou holds the Celtic shirt on the day of his appointment last month.

Postecoglou added: “Tommy knows me better than anyone in that dressing room. He knows I treat everyone the same. I set us off in a certain direction and the ones who want to be part of it are part of it. The ones who maybe can’t be or don’t want to be will fall by the wayside.

“But he’s certainly someone I’m looking forward to working with again. I’m hoping we can get him fit and playing the football I know he’s shown here at different times. I know he can show it in my style of football because he’s already done it with the national team.”

Rogic is not 29 until December and these are years in his career where he should be at his peak, turning in consistent performances on a weekly basis that emphasise his quality and authority.

The Celtic fans will relish the thought of a return to the big-time of one of the club’s Invincibles.