TOM ROGIC was at the centre of a mystery when he was omitted from Ange Postecoglou’s player pool for the crucial Premiership meeting with Ross County in Dingwall this afternoon.

The name of the Hoops’ Australian playmaker was nowhere to be seen in the provisional squad which was revealed in a national newspaper.

Twenty-four players were identified, but, puzzlingly, Rogic was not among them. 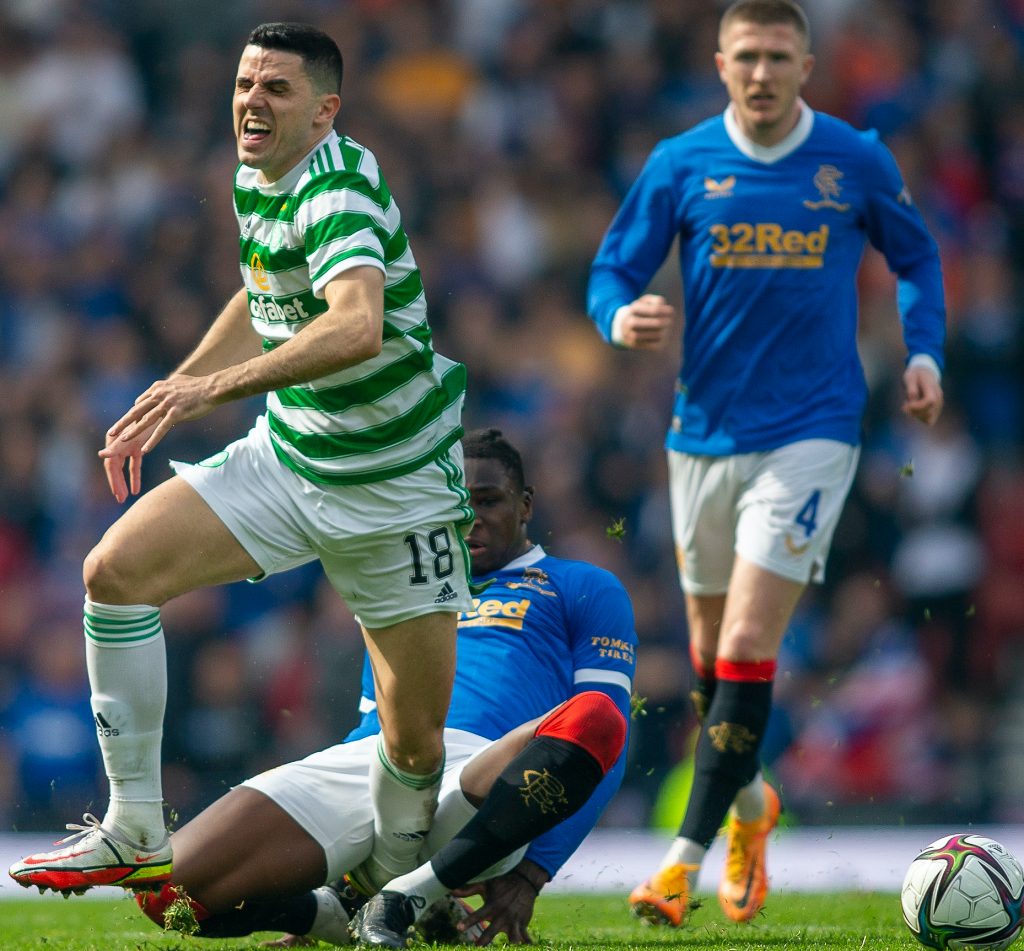 OUCH…Tom Rogic winces as he is tackled by Joe Aribo at Hampden.

Clearly, it is an oversight – or the paper has an exclusive that will rock the Parkhead support before the vital encounter that hopefully will see Postecoglou’s side restore their six-point advantage at the top-flight summit before the visit of Giovanni van Bronckhorst’s Ibrox outfit to the east end of Glasgow a week today.

Yosuke Ideguchi, who is not reported to be injured and who has trained throughout the week, is also a strange omission, but the Japanese midfielder will almost certainly be involved in Postecoglou’s player pool. 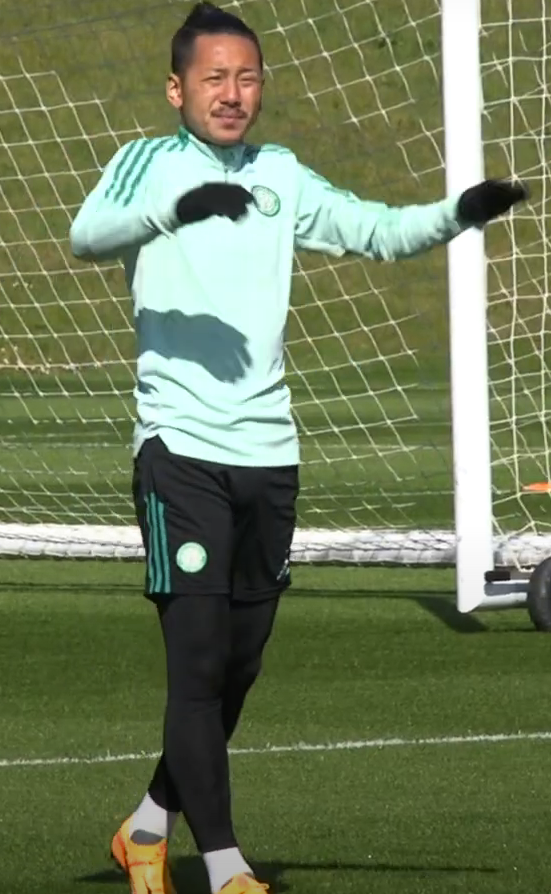 READY FOR ACTION…Yosuke Ideguchi limbers up before a training session at Lennoxtown during the week.

For the record, with Rogic and Ideguchi included, here is the provisional squad: