CELTIC have been hit by another devastating injury setback with the news Tom Rogic will be out for SIX weeks.

The midfielder has just returned representing Australia in the Asian Cup, but will now have to undergo a knee operation.

The 26-year-old playmaker is the latest blow to manager Brendan Rodgers who will be without central defensive partnership Dedryck Boyata and Filip Benkovic who are out for extended spells.

The Belgian international has missed the last three games and could miss another four this month.

On-loan Benkovic will be out for four to five weeks while left-back Kieran Tierney, who has a hip complaint, hasn’t played since the 2-1 loss to RB Strasbourg in the Europa League Group B game on December 13.

Olivier Ntcham has been missing with a hamstring strain while Rogic’s fellow-Aussie team-mate Daniel Arzani is out for the remainder of the season after being injured during his debut appearance against Dundee at Dens Park in October. 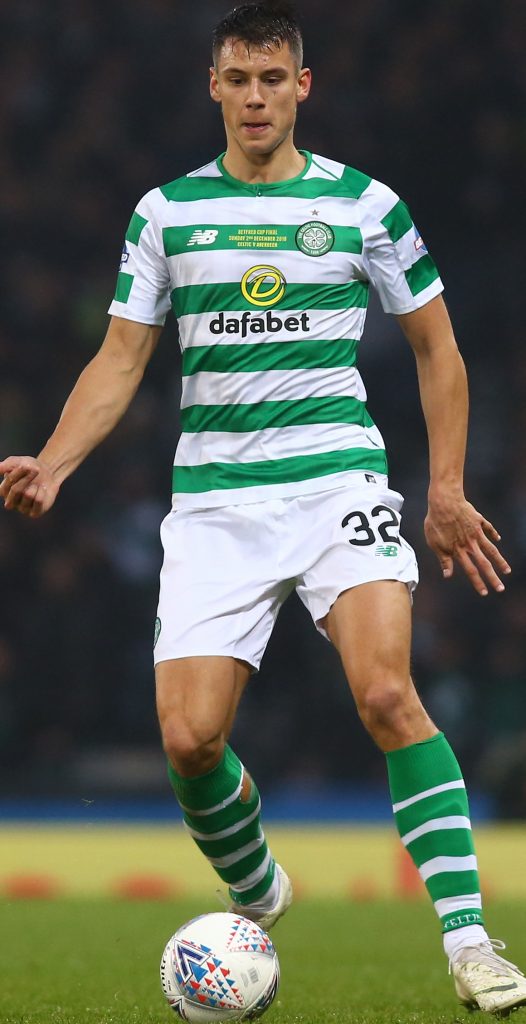 OUT…Filip Benkovic is another Celt sidelined through injury. Pic: Geo.

Ivory Coast midfield man Eboue Kouassi will also be out until next season as the injuries mount up.

Leigh Griffiths, too, is unavailable due to personal issues.

Rodgers, who is preparing for the Premiership trip to Perth on Sunday to take on St Johnstone, said: “Tom Rogic is actually going to be out for six weeks which is a real blow for us.

“He came back from the Asia Cup and had an issue with his hand and got inured with his knee when he landed awkwardly.

“He went down to London with a member of our medical team yesterday to check that his hand didn’t need an operation. While he was there we thought we would have his knee looked at and it showed up that a lateral meniscus problem which is going to put him out for up to six weeks.

“Not what we expected, but that’s the way football works. It is unfortunate.

“He won’t need the operation on his hand, but needs it on his knee.

“He is a good character. It is disappointing for us. We have missed him for the period of time he has been out, the last month or so, to have him out for another six weeks is a blow.”