Celtic Quick News on News Now
You are at:Home»Latest News»‘ROGIC OUT UNTIL 2018,’ RODGERS
By CQN Magazine on 15th December 2017 Latest News

TOM ROGIC is out of the Celtic squad for the rest of 2017 after incurring an injury to his knee. The Australian talisman has not been seen since coming on as a second half substitute against Anderlecht in the final Champions League group match at Celtic Park.

There was no sign of Rogic in the team or even on the bench at Easter Road on Sunday or against Hamilton at Celtic Park on Wednesday evening. While the media were trying to stir up trouble surrounding Leigh Griffiths being an unused sub for a few matches, none bothered to ask where Rogic was.

Today Brendan cleared up the mystery when giving details of the squad for Sunday’s visit to Tynecastle.

“It is more or less what we had the other night. Tom Rogic is out until the New Year. Paddy Roberts is obviously out. Dedryck came off but he’ll be fine for the weekend,” Brendan revealed.

Celtic clinched the title at Tynecastle in April on the last visit to face Hearts, producing a fine performance in a 5-0 victory. There were some special gaol that wonderful afternoon with the Celtic fans restricted to a corner of one of the stand behind the goal. On Sunday, due to the new Hearts main stand now being open, the Celtic fans will occupy the entire stand behind the goal. 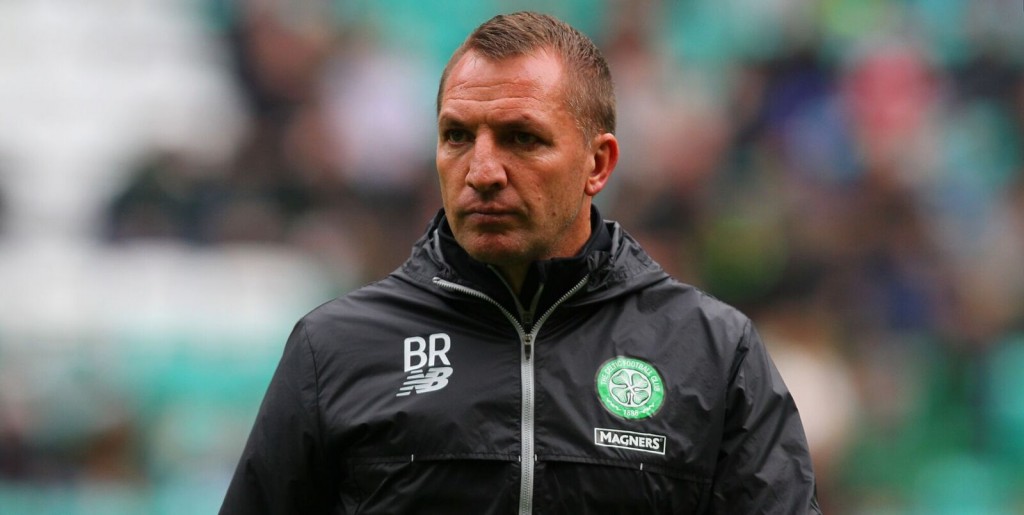 “It’s a historical ground with great tradition. The new stand looks very nice. Hearts v Celtic at Tynecastle are good games,” Brendan said as he looks to take the team into the 70s as far as the unbeaten domestic run goes. With the games continuing to come thick and fast for the Invincibles it is a tough ask and Rodgers realizes that squad management is an essential feature of keeping the undefeated show on the road.

“We’ve had to manage the squad since July and the players have coped brilliantly. We’ve rotated without losing the rhythm in the team. It’s a very busy schedule for everyone in December and that’s when the squad comes into it.”

Celtic, just like last year, are looking longingly towards the winter break. Earlier in the week Brendan revealed that the players would be in for training on Christmas Day afternoon ahead of the Boxing Day trip to Dens Park. December seems to have become the busiest month on the calendar for Celtic games.

You get the feeling that if we can see our way through December without mishap then Brendan will put the fool on the accelerator when the batteries have been recharged and the players have had some Dubai sunshine on their backs at the start of the year. certainly Brendan is a fan of the short Scottish winter break and reckons that the English would do well to follow suit.

“I think it works very well up here,” he said. “If I was in charge of the English league, I’d look at changing it. It would give the teams after Christmas a break and also the supporters in a tough time financially. The winter break is very important.”

Sunday will be the first time that Rodgers will pit his wits against the veteran Hearts boss Craig Levein who stepped down from the Director of Football role to manage the club for the second time. Rodgers reckons the choice of a wise old head is a good move for the Jambos.

“Hearts were very sensible employing someone with Craig’s experience,” Brendan said. “There was probably no one better suited to the job. The young guys coming in have impressed me. It has to be applauded, the faith they’ve shown in youth.” 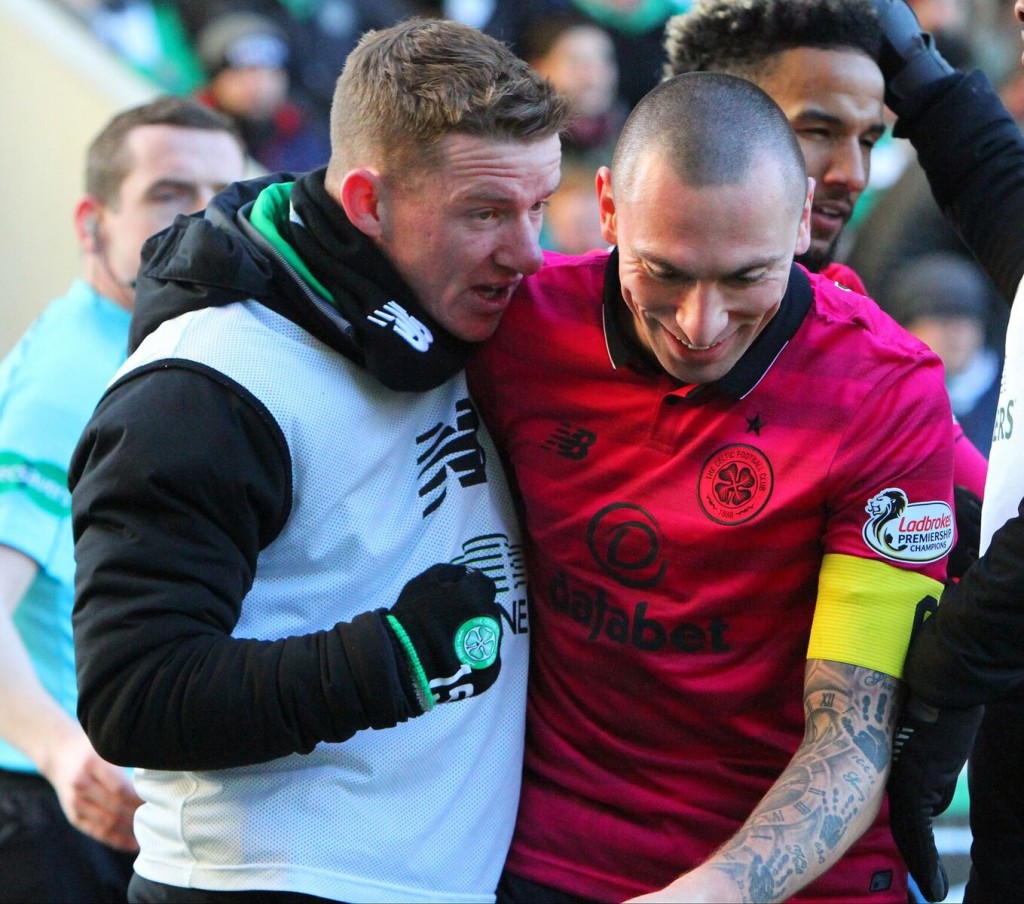 Much has been written this week about players trying to raise their game to ‘better’ Scott Brown in games. John McGinn gave it a go last weekend although you get the feeling that after Brown’s sheer desire to win the match saw him put the three points on a plate for Scotty Sinclair in the last seconds, you would not have had the ‘debate’ at all, had Scotty kept his shot down.

Brown in truth is head and shoulders above any opponent in the Scottish game, but player’s are right to try! Rodgers reckons he has been it all before in his previous job.

“It was the same with Steven Gerrard at Liverpool, everyone who comes up against Scott Brown here looks forward to taking him on and proving themselves but he invites that and enjoys it,” he said.

Celtic, Brendan reckons, are doing well in what is a competitive league. Aberdeen and Sevco Rangers both had decent results in midweek away from home and they are just about keeping Celtic from going out of sight with a five point deficit with a game more played for each of them.

“We’ve conceded less goals at this point than we did last season but there’s still areas we can be more synchronized in certain situations. We’ve got lots of goal threats in the team and our goal-scoring is something we are proud of.

“The league is competitive. We know it will be a tough game. The last time we visited Hearts we played very well and wrapped up the league.”