Celtic’s Wizard of Oz has made minimal contribution to the side in an infuriatingly inconsistent season.

Rogic has been on the periphery since it was revealed the champions had been prepared to sell him to a Qatar club in the summer.

The 28-year-old gifted Australian international decided to remain at Parkhead with his contract due to run until June 2023.

Neil Lennon’s team have struggled for inspiration in a campaign that has gone disastrously wrong, but Rogic stood up to be counted in the 4-0 romp against St Mirren in Paisley last night where he kicked off the onslaught with a superb goal which combined skill, stealth and strength.

Amazingly, it is only his second goal in a term where the Hoops have required a little bit more menace in the opposition’s penalty area.

One man who is well aware what Rogic can offer the team is John Collins, a former midfield master and assistant boss to Ronny Deila for two years when he had a good close-up view of the former Central Coast Mariners’ prospect. 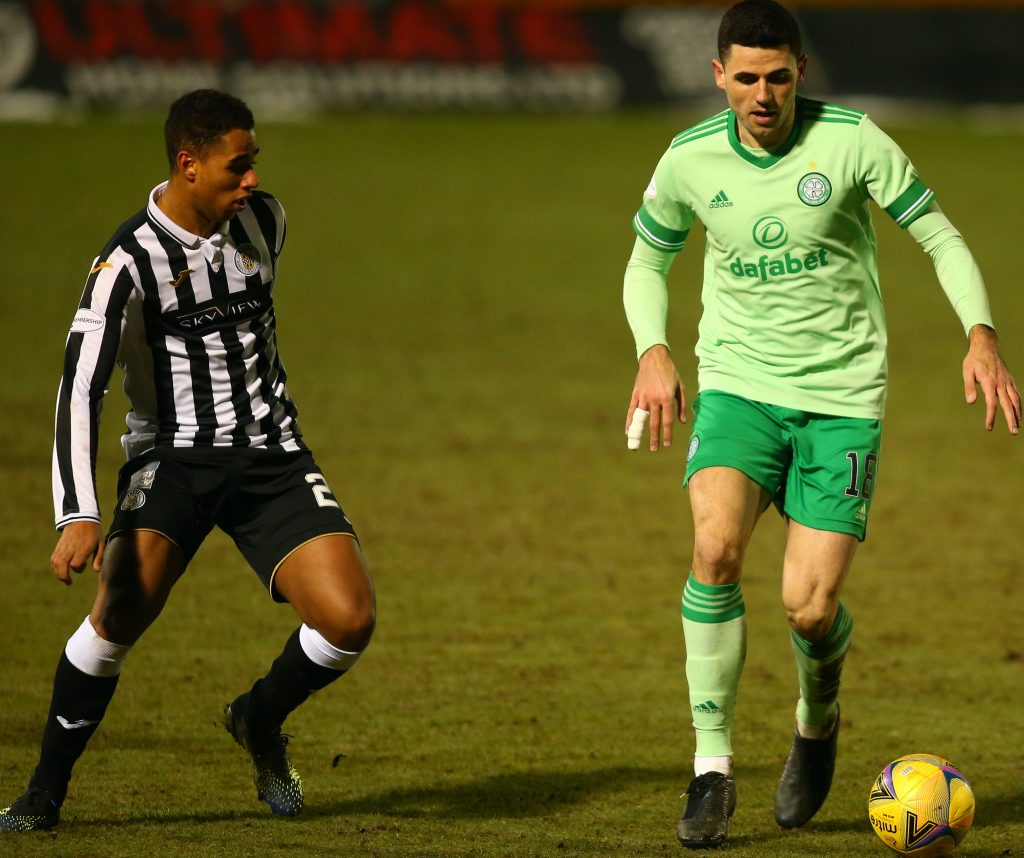 FOR MY NEXT TRICK…Tom Rogic weaves his magic.

The ex-Hibs manager insists the twinkle-toed maverick has not shown his ability often enough to help the side through their most torrid period in a decade.

Collins watched Rogic illuminate a grey February evening against opponents who had deservedly beaten the Hoops only 12 days ago for their first league win in the east end of Glasgow in 31 years.

The ex-World Cup star, speaking to Sky Sports News, said: “I think from kick-off, he looked sharp, he looked like he wanted the ball and had a good appetite.

“He looked a threat. Tom Rogic getting the ball around about the final third – that’s where you want him in possession. He has a great left foot, great close control.

“We haven’t seen enough of that this season, but it was a nice, quality, all-round performance from him.”

On that sort of dazzling form, Rogic is likely to be given the nod to strut his stuff again against St Johnstone in Perth at midday on Sunday.

It’s taken way too long, but it looks as though the Wizard of Oz is now sprinkling stardust on a miserable season.