Celtic Quick News on News Now
You are at:Home»Football Matters»ROGIC THANKS DEILA
By CQN Magazine on 11th November 2015 Football Matters
TOM ROGIC has revealed a “heart-to-heart” talk with Celtic boss Ronny Deila helped got his career back on track.
The 22-year-old midfield playmaker is poised to play a crucial role for Australia in their World Cup qualifier against Kurdistan tomorrow night – after two seasons of injury torment.
And the midfielder was quick to credit Deila for playing a big role in restoring him to his best by showing faith while he was sidelined.
The pair had a long chat at the end of last season with Deila admitting he couldn’t assess the player because he had never seen him in first team action.
Rogic said: “We sat down and he just wanted me to know I had a future at the club and that he wanted to see me come in at pre-season for a fresh start and on par with everyone else in the squad. 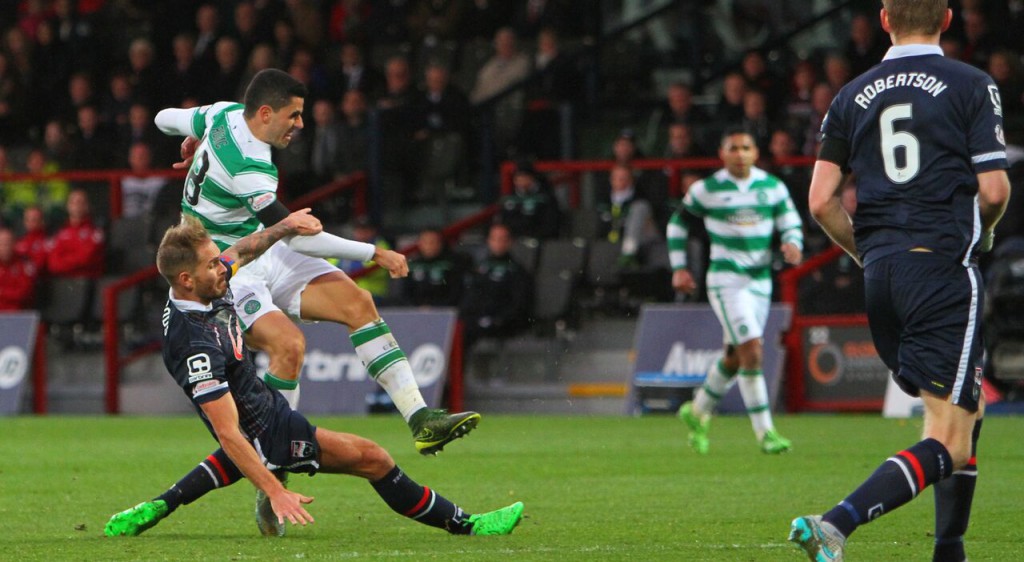 “That was good for me to give me that confidence to have a target in my mind of what I wanted to do and to achieve at the club.
“They were fantastic in supporting me over the last year and it was great to have that reassurance moving into this season.

“The manager has been a great influence and helped me a lot. He’s given me a lot of confidence to go out there and play and enjoy my football and I feel as though I’m in the right environment to do that.

”It’s all been a learning experience and one that I feel has improved me as a person and a player.
“I feel as though I’ve come out of it stronger and it’s helped develop me further. There’s not much I could have done about the things that happened. But it’s how you move on and deal with it.

“When you’re in the gym doing rehab and you can’t even get out on the pitch and do a normal training session, it can be tough and frustrating, but that’s in the past now.

“I’m in a good place right now and I want that to continue.

“Injuries happen to almost every footballer, so I don’t feel like I’m a special case.