CELTIC boss Brendan Rodgers is confident Tom Rogic will not suffer burn out during a hectic summer.

The Irishman reckons Australia gaffer Ange Postecoglou will take care of the midfielder and ensure he’s in peak shape for the Hoops’ crucial Champions League qualifiers.

Rogic has just returned from four months on the sidelines after ankle surgery and is is easing his way back into the champions’ line-up.

His 28 minutes in the 1-1 draw with Partick Thistle last week were his first in the top side this year.

Now, though, the cultured playmaker faces a hectic domestic run-in and then a busy schedule at international level.

Australia’s participation in the Confederations Cup could see Rogic being involved in at least five matches in June.

Postecoglou has named Rogic in his squad for the tournament as well as a World Cup tie against Saudi Arabia and a friendly against Brazil.

Rodgers said: “I know Ange. He’s a good guy. I first came across him when we went with Liverpool to Australia and we played against his team in Melbourne before he became the national manager.

“I chatted with him, he has good ideas, he’s a good coach. We can speak and I trust Ange with his work.

“He has other players there, Tom is one of them and I don’t think there is any drama in it.

“He’ll look to use him as much as he can, as well as being aware of where he’s at with his injury.

“Tom’s been out for quite a long time and back training. He’s come into the last couple of games and you can see the difference he can make.

“We’ll just monitor it between now and the end of the season.

“Tom is a proud boy and wants to play for his country. He’s missed a large part of the season with a number of months out, so it could be the best thing for him to get a number of games, we’ll see.

“I was talking to Tom on it. There’s a lot of travel for him.

“To Australia and then back out again to Russia to play in the tournament.

“I’m not sure he’ll play in all five games. The season is coming to a close really and he’s missed out on a number of months.”
IN THE HEAT OF LISBON 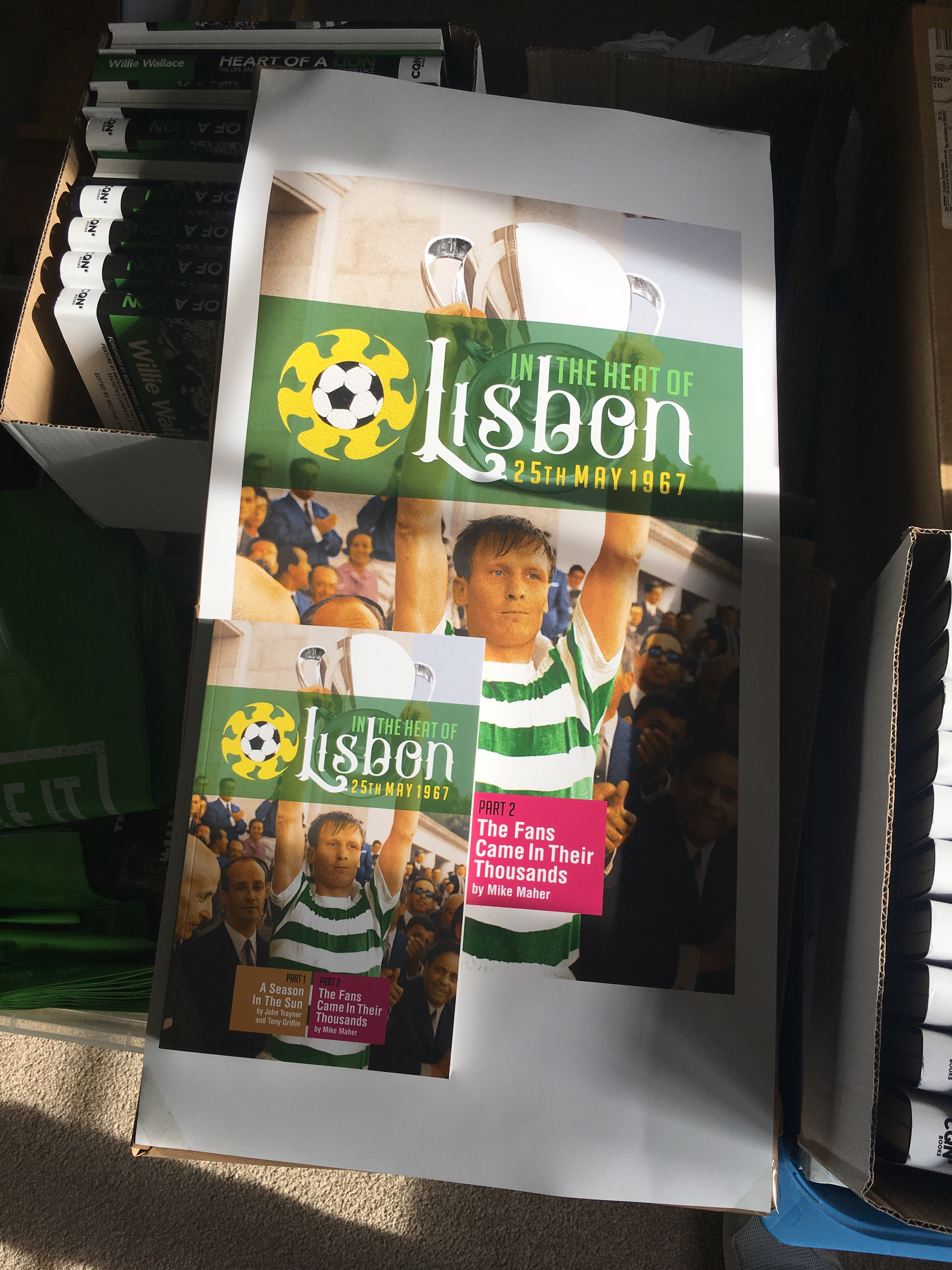 Hot off the presses!!!

It’s arrived! In the Heat of Lisbon arrived back from the printers yesterday afternoon and the Jock Stein t-shirts are coming today.

Orders will all go out at the beginning of next week.

There’s still time to get the book and t-shirt together for £19.67 for the pair. From Tuesday next week both will be sold individually at £14.99 each. Profits to thank the Lions – order from www.cqnbookstore.com