TOM ROGIC has been named in the Australian World Cup preliminary squad of 30 for next month’s play-offs against Honduras.

Coach Ange Postecoglou called in the Celtic midfielder yesterday as prepares for the crucial double-header against Emilio Izaguirre and Co on November 10 and 15.

Rogic scored five goals for the Socceroos on their way to the showdown stage as they attempt to win a place among the elite in Russia next summer. 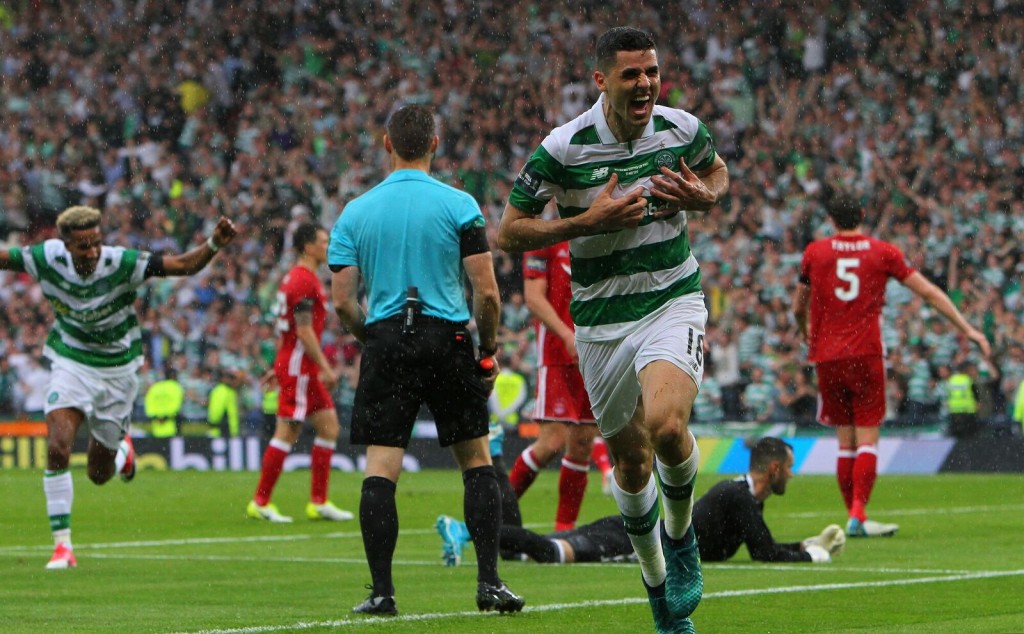 The Aussies beat Syria in a two-legged play-off last month to set up a decider between the remaining teams of the Asian and North American confederations.

Postecoglou said: “We will be monitoring the health and fitness of every player to make sure the final 23 are available for what is going to be a challenging couple of games.

“We feel that we are right on schedule with regards to our arrangements, logistics and intelligence for Honduras.

“Also, we are comfortable that the work completed and decisions made so far will help us in our quest to qualify for Russia.

“A large, vocal home crowd in Sydney for the second leg is something that everyone involved with the squad is looking forward to.”

Rogic played 72 minutes in Celtic’s overwhelming 3-0 victory over Aberdeen at Pittodrie last night and was one of the most accomplished performers on view.