TOM ROGIC is OUT of Celtic next three games with the hamstring problem that saw him come off in the first-half of the 3-1 win over Hibs at Easter Road in midweek.

The Australian midfielder will sit out tomorrow afternoon’s Premiership encounter with Livingston at Parkhead where a victory will see the Hoops go to the top of the league for the first time since Ange Postecoglou’s arrival in the summer.

Rogic won’t take part in Thursday’s Europa League Group G match against Ferencvaros in Hungary and will be missing again for the trip to Tayside to face Dundee before the international break.

Postecoglou said: “He had a scan on his hamstring. It’s going to put him out for at least two to three weeks. 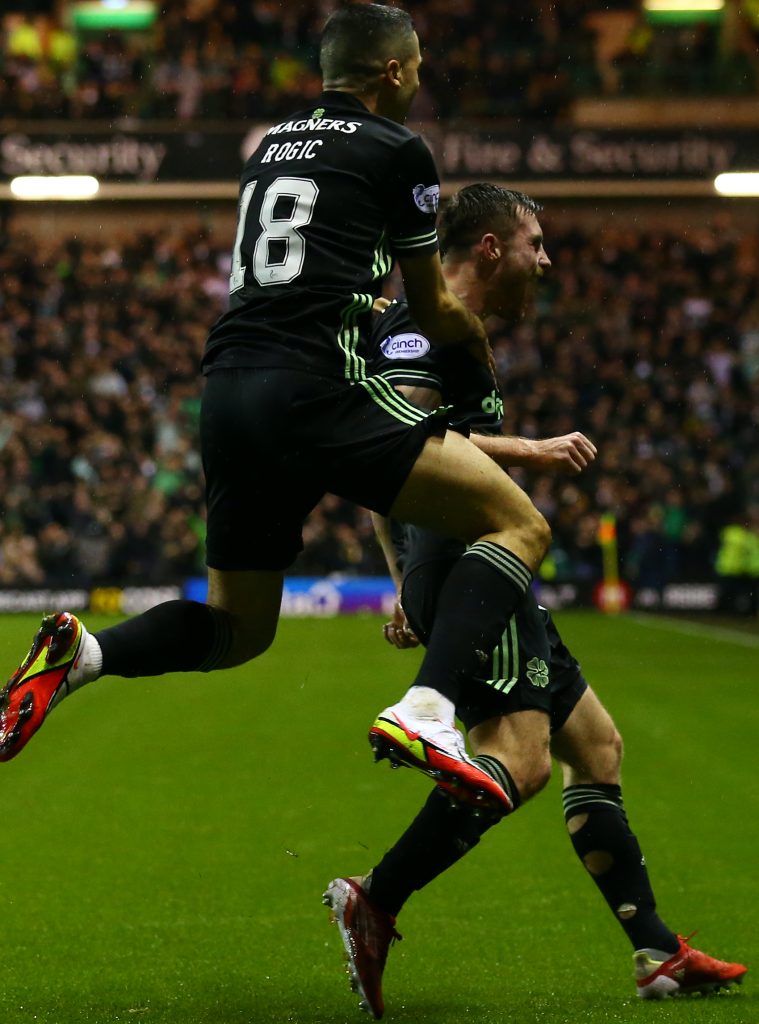 “It’s not a major one, but he definitely won’t be involved in these games. Then obviously we have the international window and, if everything goes to plan, he should be available once we get back from that.”

After rejecting the chance to move to Qatar 14 months ago, Rogic has again become a central figure since his former Australia manager became the long-term replacement for Neil Lennon who left the club in February.

Postecoglou had been wary of putting too much onus on the 28-year-old playmaker who had been outstanding against Jack Ross’ side in Edinburgh before being forced off. 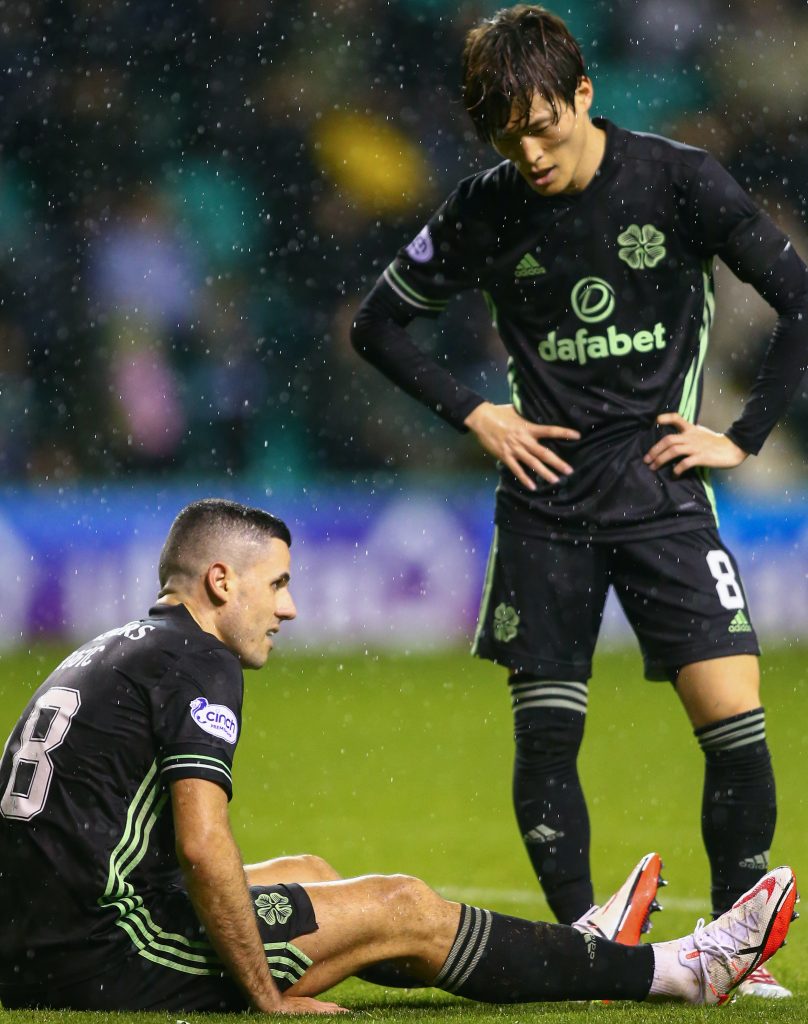 LOW SPOT…Tom Rogic sits it out after his hamstring injury while Kyogo Furuhashi looks on.

The Greek-Australian gaffer, speaking to Sky Sports, added: “All injuries are frustrating, but the flip side of that is Tommy has probably played more football in the first couple of months of the season than he has for quite a while. He was probably due a spell anyway.

“Him and Dave Turnbull, in particular, because Callum McGregor had a bit of time out with injury, have been carrying the burden of the midfield.

“To be honest, even if he had come through, I probably wouldn’t have played him tomorrow, anyway.

“Hopefully, if nothing else, this freshens him up for another run at it.

“But he was outstanding, he has been all year, but against Hibs he was at the centre of all the good stuff we were doing.”