TOM ROGIC kept Australia’s hopes alive of a place in the World Cup Finals in Qatar later this year with a masterclass display in his nation’s 4-0 win over Vietnam.

However, the Socceroos still have a fight on their hands for automatic qualification after new Bhoy Daizen Maeda helped Group B rivals Japan to a crucial 2-0 win over China.

Rogic and his team-mates avoided a potential banana skin in Melbourne after dropping points in each of their last three games leading up to the international break. 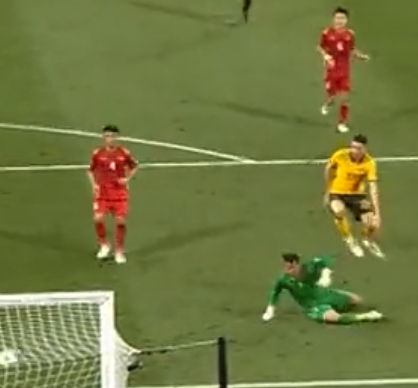 WIZARD OF OZ…Tom Rogic neatly lifts the ball over the Vietnam keeper for the second goal. 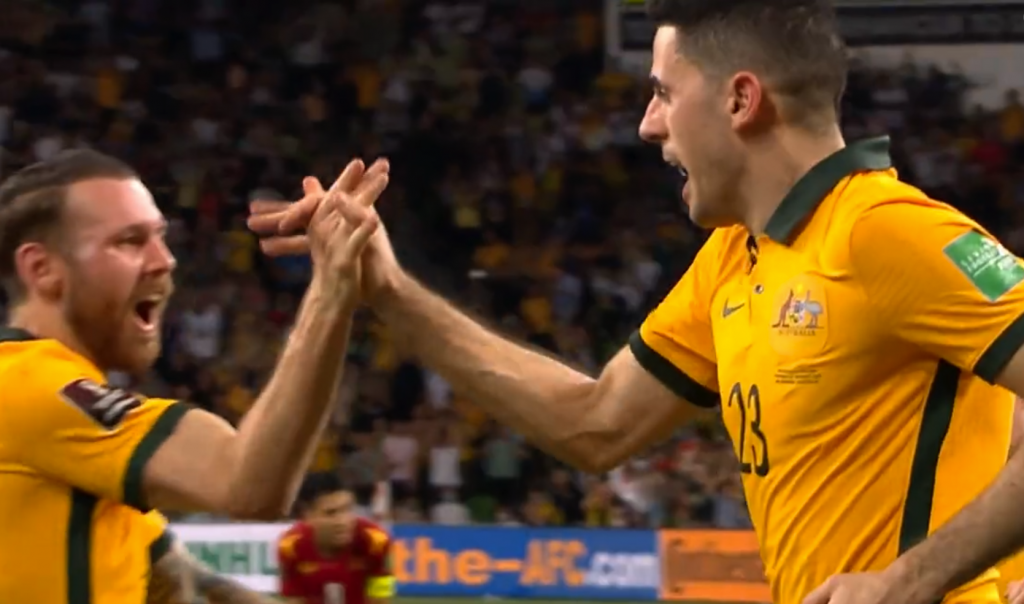 The classy Hoops playmaker had an effort disallowed in the opening minute after the intervention of VAR, but there was no stopping him from doubling the Aussies’ advantage on the stroke of half-time as added to the opening strike from former Hibs loanee Jamie Maclaren.

Rogic eased onto a crisp pass from Melbourne City’s Matthew Leckie before clipping the ball over the outrushing visiting keeper, Tan Truong Bui.

The victory moved Rogic and Co into second place on a temporary basis before Japan, who kicked off an hour later, reclaimed No.2 slot.

A two-goal win was enough for them and Maeda emerged from the bench for his first appearance since 2019 to help them see it out, according to a report in the Daily Record.

Celtic’s Hogmanay recruit along with countrymen Reo Hatate and Yosuke Ideguchi was an unused substitute in November’s internationals, but his form at Yokohama F Marinos before his switch to Parkhead persuaded Japan to add him to their squad this time around.

The results mean the Japanese sit a point ahead of the Aussies, although both teams trail Saudi Arabia who provide the opposition for Maeda and his colleagues on Tuesday while Rogic will hope to lead his nation to another victory against Oman on the same evening.

The two countries meet on March 24 in the crunch encounter that could prove pivotal in reaching the extravaganza in Qatar during the winter.